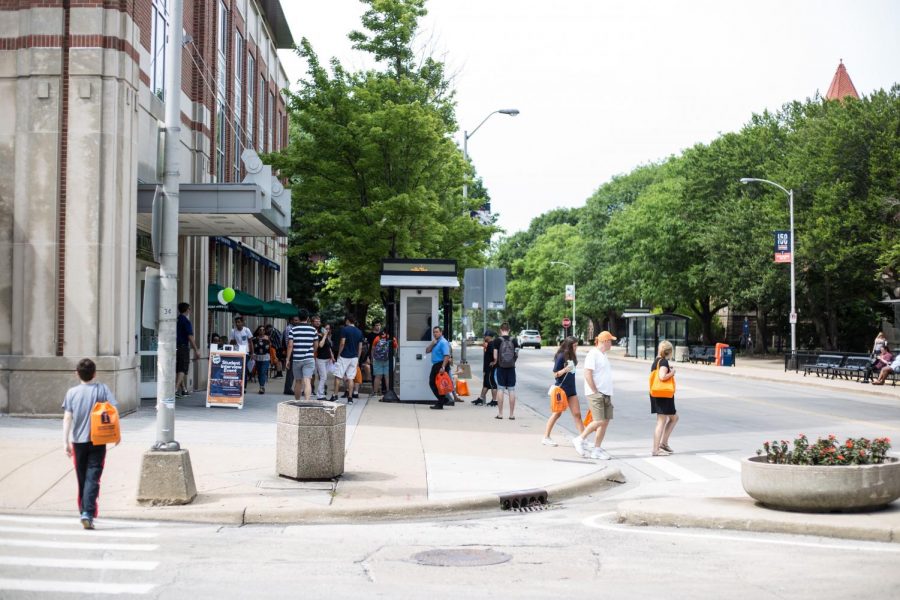 As part of an effort to curtail the number of Illinois high school students leaving the state for college, the Illinois general assembly passed the AIM HIGH Grant Pilot Program, which will provide $25 million in merit-based aid to be matched by Illinois public universities.

The AIM HIGH program, part of a package of six bills introduced by the bipartisan higher education working group, will portion out aid to universities based on the proportion of Illinois resident undergraduates each university enrolls.

As the number of students migrating out of state increases, Kelly Burke, state representative for the 36th District and member of the higher education working group, sees the merit-based grant program as a way to increase affordability and keep high-caliber students in Illinois.

“We have a lot of students whose family income is above the threshold for Pell and MAP (grants), so they don’t qualify for any of the need-based financial aid,” Burke said. “But the families also don’t have $20,000 sitting around for them to go to school, so people end up borrowing.”

Though the bulk of the financial aid given by the University is need-based, beginning in 2019, the University will match the amount of state money it receives from AIM HIGH with its own institutional dollars to be distributed, on the basis of merit, to students who are Illinois residents.

“The two main reasons why people don’t end up accepting our admissions officer is because of our cost and lack of financial aid,” said Dan Mann, interim associate provost for enrollment management at the University. “We’re hopeful that this program will help us provide more financial aid that will attract more Illinois students here.”

Jennifer Creasey, senior director of state relations for the University of Illinois system, said the University lobbied legislators on behalf of the program and believes the nascent program will help attract students who receive merit-based aid from out-of-state schools to the University.

“This program will allow us to compete with those scholarships (from out-of-state universities) and keep students in Illinois,” Creasey said.

Recipients of the grant must not have a family income higher than six times the national poverty rate and will likely be chosen based on indicators such as test scores and grade point average. However, details regarding how much money students can expect to receive through the grant and how exactly recipients will be chosen have yet to be determined.

“Because each school has a different profile and different students they’re trying to attract, we’ve giving schools leeway to design specific metrics for their program,” Burke said.

Universities will be required to post their metrics online and report back to the general assembly and the Illinois Student Assistance Commission about where grant money is distributed to at the end of the year.

“The number of students who are out-migrating has increased and a lot of them are fantastic, high-achieving students and we’d like to be able to keep those students in Illinois,” Burke said.