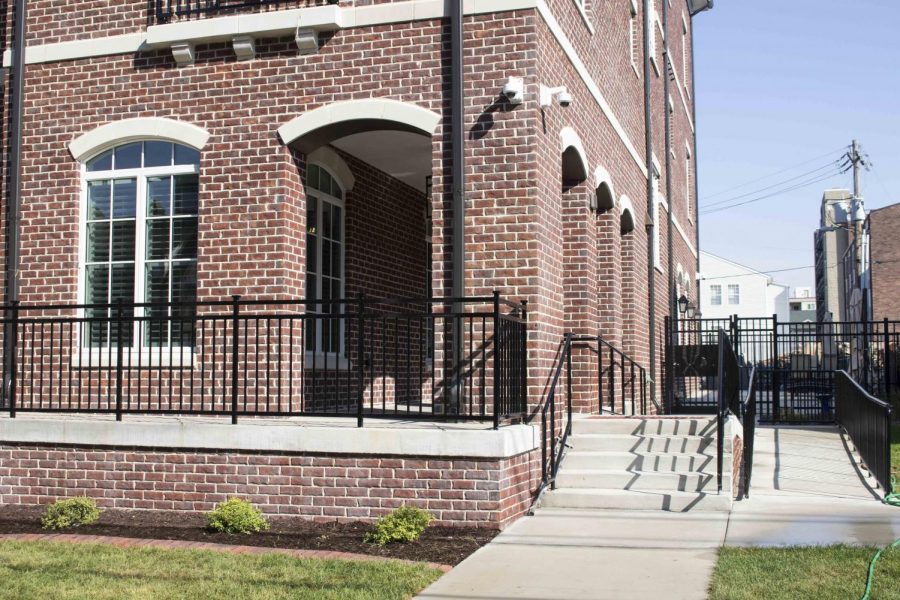 Thousands of students go through a selective rush process each fall to join Greek life at the University; however, some students who wish to participate are not given the same experience due to accessibility issues.

Of the 19 Panhellenic sororities on campus, Kappa Delta is the only one that completely complies with the Americans with Disabilities Act standards, which means that other houses are at least partly inaccessible to students with physical disabilities.

“We want our council to be inclusive to all women who wish to go through the recruitment process,” Shilitz said. “We require them every year to be prepared that we may have a potential new member with a disability or if someone has a last-minute injury and needs a ramp.”

Shilitz said any decisions related to renovations are made by the individual housing organizations since every chapter house is privately owned.

“Building a new house is a fresh start,” said Kappa Delta President Megan Rudd, junior in Media. “It’s been about 100 years since we’ve had a new house, so might as well fit in with the times and make it 100 percent ADA accessible.”

During last year’s recruitment process, Rudd said Kappa Delta placed a temporary ramp at the entrance, but could not offer women who used wheelchairs the same opportunity as they could have with their new additions.

“The women were just able to see the living room and parts of the first floor,” she said. “That’s only a small fraction of the house, whereas other girls got the full tour of the upstairs rooms.”

The University has been ranked as one of the most disability-friendly U.S. campuses, according to a University report.

The report also said the University was one of the first in the country to provide students with disabilities access to all university services, curricula and facilities.

“Last week during rush, we were so excited to give girls who used wheelchairs, and even a girl who broke her foot, the same opportunity as everyone else,” Rudd said. “All of our hallways can fit two wheelchairs, the doors to every room are completely flat, we have an elevator and two ramps in the front and back of the house.”

Natalie Wright, sophomore in LAS, who uses a wheelchair, went through the recruitment process and accepted a bid from Kappa Delta afterward.

When Wright was five years old, she broke her C-7 vertebrae in an automobile accident, leaving her paralyzed from the chest down. With Kappa Delta’s ADA accessible house, she was able to participate fully in recruitment and will be able to live in the sorority house in the future.

Rudd said Wright’s rush process brought up new things to consider, such as making sure future venues are ADA accessible.

“As a house, we decided, ‘If we can make this work, we’re absolutely going to,’” she said. “I sent out the social chairs to reserve spots for exchanges and events and ask each venue we’ve reserved if they’re ADA accessible. It’s going to be a great learning experience for all of us.”

However, accessibility issues are not limited to sororities.

“We had a couple guys rush who were disabled and used wheelchairs,” he said. “We don’t have ramps or anything, so the active members and I had to carry them up and down the steps.”

The few students using wheelchairs who rushed Delta Upsilon discontinued the process, Crawley said, since the layout of their fraternity house is not accessible for people with physical disabilities.

“It would be very cool to have our house completely ADA accessible,” he said. “We just don’t have the money to afford it.”

Fraternities and sororities at the University raise money through fundraisers, organization dues and alumni donations. Rudd said the Kappa Delta chapter was extremely fortunate to have their brand new house built by their alumni.

Delaney Appelhans, sophomore in Media and active member in Kappa Delta, said having an ADA-accessible house is crucial to give everyone an opportunity to join Greek life.

“Greek life tends to have a negative stigma, especially in this day and age, for not including minorities such as people of color, LGBTQ or people who are disabled,” Appelhans said. “This was super exciting for us since we were the only chapter on campus that could show these girls our full house. Now, we are able to expand our outreach even further to the women on campus.”

Editor’s note: Fraternity and Sorority Affairs and the Interfraternity Council did not respond for comments at the time of publication.

Correction: A previous version of this story misstated the year of Megan Rudd and Natalie Wright, and the name of Delaney Appelhans was misspelled. The Daily Illini regrets these errors.