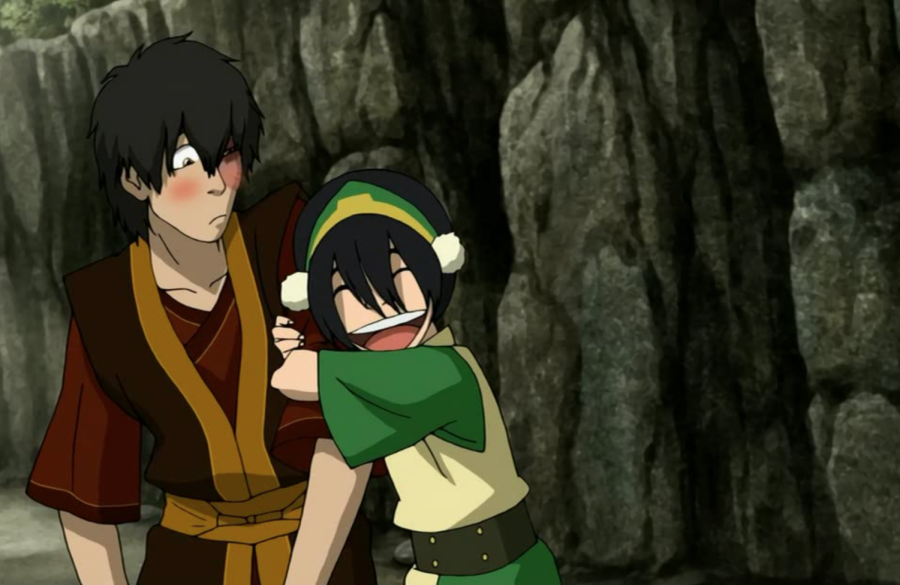 Dante Basco and Jessie Flowers star in “Avatar: The Last Airbender” as voice actors. Flowers sat down for a Q&A over zoom with the Illinois Union Board last Thursday.

How did you get into voice acting?

Funnily enough, my first voiceover gig was actually Finding Nemo, and I was the voice of all the little school fish and the little turtles. It actually almost takes more acting than being on-screen because you have to emote every intention, every subtext clue solely in your voice because you don’t have your body or your facial expressions to help you with that. I have really been discovering that more so in the last few years because as I’ve gotten into more adult characters, I realized that I’m so used to playing with kid sounds and kid energy, and I’m having a weird time transitioning that into adult energy.

What was your favorite part of being in the cast for Avatar the Last Airbender?

Honestly, this whole last year because I’m finally an adult. Everybody at the time when I was recording and when Zach (voice of Aang) was a recording, we were 12 and 13 while everybody else was over 18 and going to clubs in LA and being cool … So the coolest part is probably been that I’m finally older and I got to reconnect with a bunch of castmates the last couple of years and that started happening before COVID happened, but it just kind of locked it all into place this last year because we were online so much. I really connected with Olivia Hack who voices Ty Lee, Dante who voices Zuko and Jack who voices Sokka.

Was there any specific experience that stood out to you while you were playing the role of Toph?

It was fun because I did feel pretty connected to her. People are like ‘how would you do to get into character?’ I was pretty sassy and already had a lot of strong opinions, you can ask my mother, and I was usually running around barefoot in the backyard anyway. I’m not by any means claiming to have the struggles associated with being blind, but I had horrible eyesight and there were multiple times when people tried to talk to me and I didn’t have my contacts in yet or did not have the glasses on and I’d be like ‘I don’t know what you’re showing me!’ There are multiple parallels that came up in the scripts that were fueled by personal experience.

What was your favorite episode to voice in Avatar?

The last episode was amazing because they tried to get as many people in the room as possible towards the end so that there was that kind of energy in the recording booth, and I believe there were like seven microphones in the booth. It was great because we got to go through just pages without stopping and just go off of each other and see the other person actually speaking the line at you which was really cool to have it in real time because that doesn’t happen most of the time as a voice actor.

How was the journey of becoming a cardiovascular surgeon translate into you going into voice acting?

I just had this desire to be out in the world and working and contributing to the world. My grandfather had to go in for quadruple bypass surgery when I was seven, and when that happened I figured that I’ll just fix them next time or I can fix somebody else’s grandfather if the same thing happens to them. I was recognizing that school is going to be my life for the next 12 – 13 years minimum if I became a cardiovascular specialist in surgery and I realized that this not for me. I took a screenwriting course because it seemed interesting and it ended up being my favorite part, and I ended up doing a concentration in screenwriting and film.

If you could become any character in Avatar, who would it be and why?

In real life, I’m probably a mix of Toph and Ty Lee which is funny because I did end up clicking with Olivia Hack not because she is Ty Lee but it just worked out that way. I really am into circus arts actually, I do trapeze and some ariel and some poll stuff. I think I would like to be Ty Lee because she is super confident in herself, and I feel like she’s the most level-headed character. She is a little bit of a pushover, I’ll grant her that but honestly thinking of everybody besides Uncle Iroh, who is an abyss of wisdom, I think she’s the most mentally healthy.

What do you think about Legend of Korra?

If you watch it as a separate show and don’t think of it as like the sequel to Avatar, it’s fantastic because it’s a completely different tone. It’s a totally different culture, different time and a different animation style. Sometimes people make parallels between Toph to what Bolin ended up being so that was kind of cool because I was like  ‘you’re kind of supposed to be me but now you’re you.’ Overall I think it’s a great show.

What things have you learned in your screenwriting experience?

I recognize the importance of having necessary dialogue. Obviously you need to further a conversation in the scene because I’ve read so many scripts in my life, and once you read so many ones you wonder what the person is saying. The dialogue is kind of a nugget that I really been practicing and massaging and taking notes on because regardless of what you like writing or how you like writing unless it’s a silent film, the dialogue is what will carry that through.

What do you think of Toph’s progression in Legend of Korra?

I feel like it was pretty accurate and people usually ask ‘don’t you think it’s interesting that she became chief of police? I’m like, no, because internally who you are, when you are like 10 years old, is who you are forever in one sense. But people talk about how Toph always wanted to break the rules and I think that her role makes sense because she is in charge of making them now. She’s at the top so there aren’t any rules to break.

Also makes sense that she wasn’t the most empathetic mother and she was probably very intense because she didn’t know how to be kind. Her examples of parenting were Katara or her actual parents, which was stifling, and while she didn’t want to completely stifle the kids, she wasn’t going to let them sit around and do anything because she ran around and had an adventure during her life. It was probably a very interesting dynamic but I thought that they represented them really well.

Are you recognized a lot in public?

Nobody knows who I am. I walked around in my Toph costume at the San Diego Conference and people complimented my cosplay. That’s kind of a plus being a voice actor because no one necessarily knows who you are and what you look like. Social media is changing that, but it’s cool because you finally get to put a face to the voices.

If you could bend an element in real life which would it be?

I would probably choose earth, and I know that’s a cop-out but actually, I feel like earth is the most helpful for me and would be the most realistic for me to bend.

What episode was the most difficult to film and why?

I would say early on it might have been one of my favorite episodes, ‘The Library,’ because that was the first episode I had to do a lot of grunting when I was holding up the library. It’s kind of hard on your throat, and I was shot because my voice was so sore after that. I got a little better over time, but whenever there is a high-impact fighting or bending scene my throat was shot because I wasn’t doing that on a daily basis.

What TV shows and anime do you enjoy watching?

I love Kim Possible and I used to read the Sailor Moon comics obsessively, and I know that basically because everyone liked Sailor Moon but it’s great. Those were the two big things I watched when I was younger since I wasn’t allowed to watch TV much as a kid and I read things more often.

What’s your favorite piece of advice from Uncle Iroh?

I referred to this moment a lot because I think Toph and Uncle Iroh are parallels in one sense because they realized that they wanted to do something different from their family’s expectations and had to break away from that and forge their own paths. Both of them end up being little hobbits in the forest, and I love their moment in ‘The Chase’ when they get to sit down and have tea together for a few minutes. In that amount of time, there are little nuggets of solace for each other. I think that’s a big one especially as somebody who likes to like do things by myself because I’m independent and how it’s fine letting your friends and family help you. That is wildly difficult for me to do but huge, especially in college.

Do you think Zuko and Katara should have ended up together?

You know Dante (voice actor of Zuko) actually sells Zutara shirts, and I’ve been tempted to sell Tokka (Sokka and Toph ship) shirts as well. I’m torn because it’s a nice image and they parallel each other so nicely and there is chemistry, but as far as building a family and a healthy environment for the children, Aang is 1000% the better choice for that. I think for the sake of family, health and success Aang is the better option, but for the soap opera version that we all want to watch then yes, they should have ended up together.