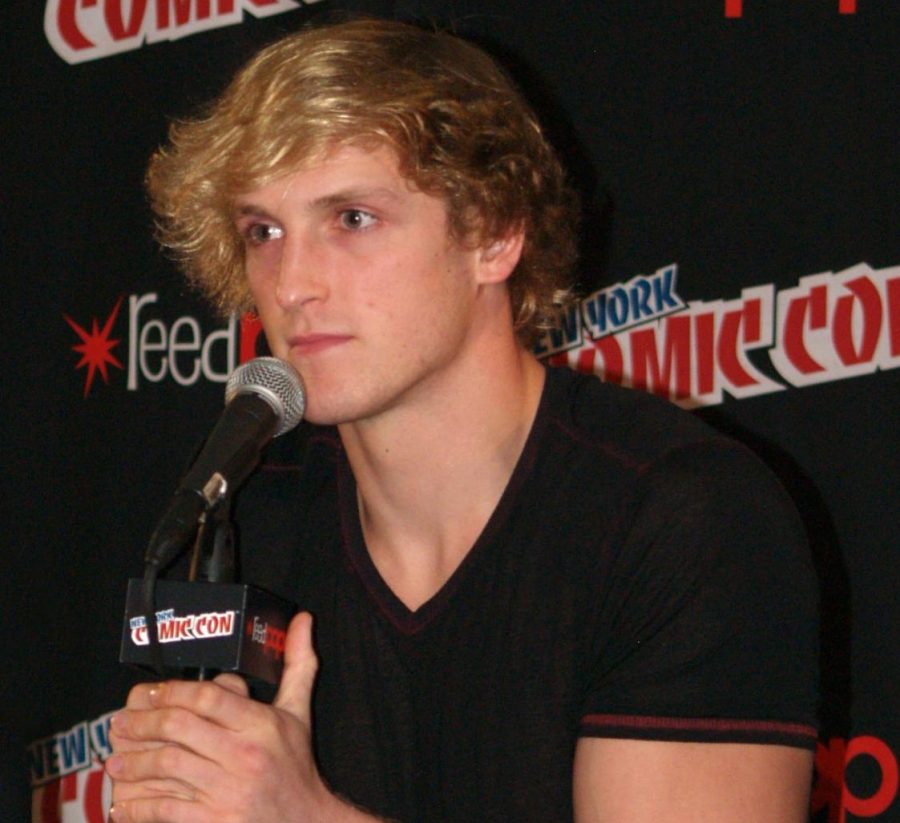 YouTuber Logan Paul speaks at a panel discussion devoted to his 2016 film “The Thinning”. Paul, after posting an insensitive video, has since been “canceled.” Columnist Sandhya urges privileged celebrities to take responsibility for educating themselves on political correctness.

A common refrain from older generations nowadays seems to be the condemnation of call-out culture — Obama recently expressed such an opinion, resulting in think pieces like “Obama’s Very Boomer View of ‘Cancel Culture.’”

Cancel culture has been relentlessly discussed by those doing the canceling, by those being canceled, and by those anxiously fearing the day that they meet the same fate. It’s been described as a way of creating cultural accountability, as a professional assassination and even as a step toward genocide.

As Obama put it, call-outs are seen as a way to prove ideological purity, or as a means of activism. Calling someone out is a great way to show you know what they did was wrong. Cancellation, then, is seen as a no-holds-barred, nuance-less effort to destroy every person who has ever made a mistake, with no room for improvement, change or education.

Cancel culture isn’t driven by a mob of out-of-control teenagers. As Osita Nwanevu writes in her New Republic article, the absurdly serious warnings against the threat of “being criticized by multiple people — often but not exclusively on the internet” isn’t in response to rampant cancellation. It’s in response to who’s doing the canceling.

The top 10% of Twitter users make 80% of tweets. And that top 10% is largely made up of women who talk about politics and swing ideologically left, especially on issues like race, gender, sexuality and immigration. For the first time in history, women, specifically minority women, have a say in who they want to support. They have the power to choose what they want to consume. And it’s not the responsibility of the people suffering the brunt of the weight of systemic oppression to explain to others that racism is bad.

In addition, cancellation rarely has consequences for the canceled. It’s not actually a threat to profit or status, as they might claim. It’s only a threat to reputation, and that, too, only to a celebrity’s reputation among the people who care about what they’re being canceled about.

Logan Paul was famously canceled in December 2017 for posting a video of a man who had committed suicide hanging in Japan’s Aokigahara, to his audience of mostly girls ages 8-14. Paul monetized his tearful apology video, and today his YouTube channel has close to 20 million subscribers.

A case of cancellation with consequences is Kevin Hart stepping down from hosting the Oscars in late 2018. After the Academy asked him to apologize for resurfaced homophobic tweets from the early 2010s, Hart steadfastly refused, repeatedly stating he wasn’t homophobic, was just saying things for laughs and wouldn’t repeat those jokes in current, more sensitive times. In September, Hart again faced online criticism for his critical comments toward Lil Nas X, who had recently come out as gay.

The image painted of cancel culture is one of snap-decision stonings, where everyone is trembling in fear of a mass horde of teens in their “woke” phase relentlessly guillotining anyone and everyone on a whim.

In reality, when old unsavory statements are dug up or spur-of-the-moment asides are relentlessly criticized, the only thing fans are expecting is an honest apology and a demonstrated effort to change.

Brother Nature, who makes cute animal-whisperer videos, was briefly canceled last year after someone unearthed racist tweets from when he was in middle school. Yet the response from the internet was overwhelmingly in defense of Brother Nature, given that he was a child at the time, as well as his thoughtful and sincere apology.

Brother Nature’s apology is a model for what the people of the internet look for in their celebrities: integrity, accountability and a lack of hubris. Cancel culture is only labeled as such because the people doing the canceling have been historically silenced — particularly women of color. It is the responsibility of celebrities, a privileged group, to educate themselves about the correct way to speak about marginalized communities.