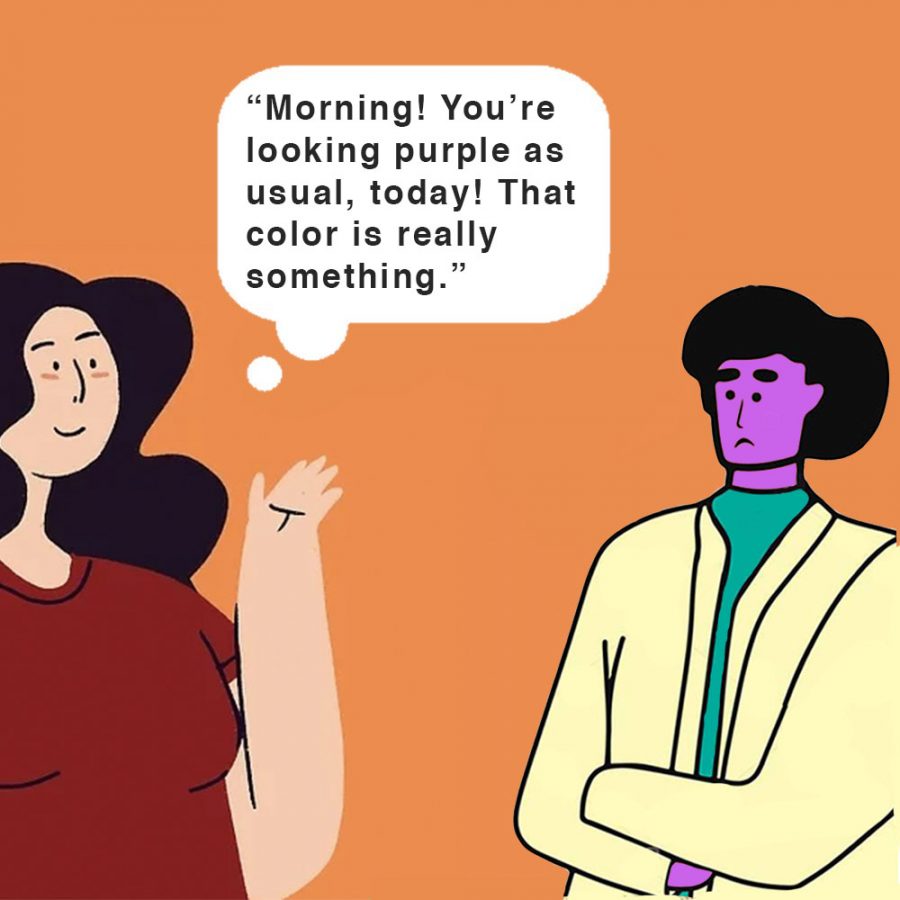 Growing up in New Jersey, I was only vaguely aware of the stereotypes associated with the Northeast. The perceptions that people from the region are rude, aggressive and constantly in a rush seemed extreme. When I moved to a suburb of Illinois last summer, I was skeptical that I would see any discernible cultural differences.

However, upon arriving in the Midwest, I was shocked by how stark the differences in culture were. The pace was slower, the people were friendlier and the overall environment was more inviting. Even the roads were populated by more forgiving drivers who often neglected to honk even when appropriate. The commonly coined term, “Midwest nice,” was reflected in my reality.

This characteristic also applied to my new high school. Although the town was significantly less diverse than the one I had moved from, the community readily welcomed me both as a senior transfer student and as an ethnic minority. Everywhere I went, I was met with warm smiles and open arms.

It was not until the onset of the pandemic that I started to notice holes in the concept of “Midwest nice.” As schools and businesses shut down in response to COVID-19, students increasingly turned to social media for both entertainment and information.

In the following months, heinous acts of police brutality were exposed to the public and the Black Lives Matter movement gained support all around the country. Social media became a more widely used tool for raising awareness, organizing protests and opening dialogues about systemic racism.

Unfortunately, the rapid and easy nature of posting on social media also has its drawbacks. All too often, my feed is filled with people posting merely for show. They alternate between posts about current issues and pictures of themselves partying and unabashedly disregarding social-distancing guidelines despite knowing the virus disproportionality affects certain minority groups.

The events of 2020 have been revealing. Because of how friendly everyone is, it was originally more difficult to discern instances of veiled racism, homophobia and other discriminatory practices. However, the closer I looked, the more I began to question how accepting the people in my community really were.

Acting “nice” purely for the sake of convention in person is similar to performative activism over social media. People often gain a false sense of satisfaction after carrying out these seemingly positive actions. This sense of satisfaction from doing “good” things helps people justify and reinforce their current beliefs and behaviors (including prejudiced and discriminatory ones).

The friendly, surface-level interactions associated with “Midwest nice” intentionally avoid discomfort and conflict. Even when accompanied by the best of intentions, this tendency can inadvertently perpetuate existing problems instead of providing solutions.

While there is nothing wrong with trying to remain agreeable, it is impossible to address underlying problems without venturing into uncomfortable territory. The need to have difficult discussions applies to both deep-seated societal issues like systemic racism and smaller interpersonal interactions.

Being polite to someone is not the same as respecting and understanding them. However, the two are not mutually exclusive. Instead of being nice out of obligation, we must push to approach conversations with openness and empathy. By making efforts to have these candid conversations, we can redefine “Midwest niceness” to become something truly meaningful.

Rayna is a freshman in LAS