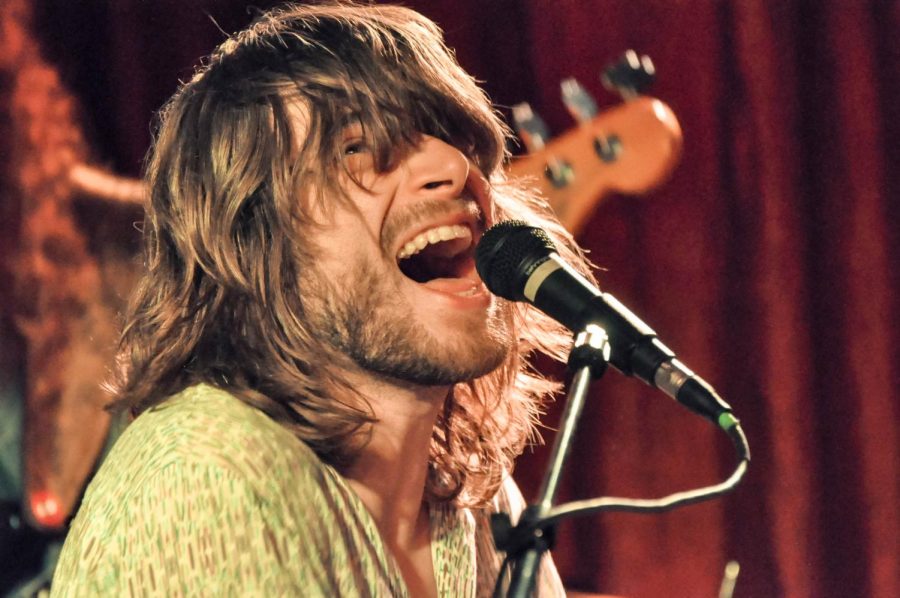 Singer and songwriter Neal Francis performs at the Canopy Club on Nov. 6. Francis is currently on tour and recently released a new album, “In Plain Sight”.

Neal Francis is a Chicago-based musician who is currently celebrating his North American tour. From there, Francis will travel across the Atlantic to perform his European/United Kingdom tour.

Rookie, Francis’ openers, are also a Chicago band who started in 2017. The modern rock ‘n’ roll band is made up of Max Loebman (guitar/vocals), Dimitri Panoutsos (guitar/vocals), Christopher Devlin (bass/vocals), Joe Bordenaro (drums/vocals) and Justin Bell (keys/vocals). They have a great connection with Francis and his team, as Francis even invited Bell (Rookies) on stage to perform with him during his performance at The Canopy Club.

Francis released his newest album, “In Plain Sight” on Nov. 5, the day before his performance at The Canopy Club. The album itself was recorded entirely on tape by Francis along with his three other bandmates: Kellen Boersma (guitar), Mike Starr (bass) and Collin O’Brien (drums).

“In Plain Sight” features the single “Can’t Stop The Rain,” which Francis released the music video for in August. The music video shows Francis rocking out on his piano with rain pouring down on him while he plays. During the process of filming the video, the piano was ultimately destroyed, said Francis. He later revealed it was the same piano from his childhood.

“My mom was quite upset when she found out because that was her childhood piano too, but I guess it’s not rock ‘n’ roll until you piss off your mama a lil bit,” Francis said.

He said the piano was reaching the end of its serviceable life, so being able to record the track with the original piano then also use it as a memento in the video was more appropriate than putting it in an alley or dump.

“In Plain Sight” follows his debut album from 2019, “Changes.” After the “Changes” tour, Francis said he went through a painful breakup and found himself living in an 80-year-old abandoned church in Chicago.

Francis and his drummer, O’Brien, stayed at the church for close to two years and lived there the entire pandemic lockdown. He also mentioned they were in the writing stages of a film about their bizarre experiences living there.

Throughout lockdown and the process of writing his new album, Francis said he felt he progressed in his abilities as a songwriter. During the pandemic, he learned how to record, and although he claims, he “was never really an engineer,” his newest album is entirely recorded to tape.

“It’s a super antiquated way of doing things, but I like the way it sounds,” Francis said.

Unlike his last album Francis uses a lot of synthesizers, which Francis said he believes gives the album a fresh sound.

“It just pushed it forward in a way because I relied on a horn section for the auxiliary arrangements on the last record,” Francis said.

Francis brought great energy to The Canopy Club while debuting his album “In Plain Sight.” Francis and other band members could be seen interacting with each other and shaking their shaggy hair cuts as they made their way through the set. When thinking about which performance has been his favorite so far on his North American tour, Francis said he couldn’t choose.

“We’re just getting tighter, and we can feel ourselves getting better as a band; so, that just feels amazing,” Francis said.