Watch these rom-coms if you hate rom-coms 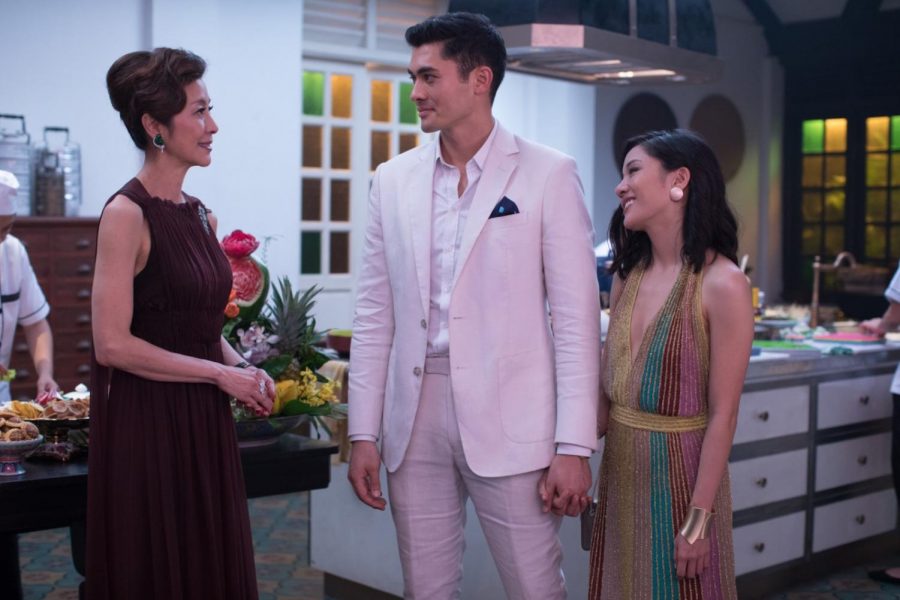 Constance Wu and Henry Golding star in “Crazy Rich Asians.” The film was released on Aug. 15, 2018.

Valentine’s Day is not for everyone, and neither are romantic comedies. There are diehard rom-com fanatics who will call you cynical, bitter or a party-pooper — but rom-coms don’t appeal to every one of us. With Valentine’s Day around the corner, I would like to offer a few rom-com recommendations for those who aren’t fans of romantic movies but want to appease a friend or try something new. There are some delightful rom-coms out there that stand out within the genre and are a bit more gratifying to watch too.

The first on my list is “To All the Boys I’ve Loved Before,” the Netflix original adaption of the young adult series by the same name. It stars Lana Condor and Noah Centineo, who have excellent chemistry together both on and off the screen. This movie targets younger audiences, as Lara Jean Covey and Peter Kavinsky are high schoolers. Still, the movie’s pacing and drama are enough to keep anyone interested. It is nostalgic, funny, heart-warming and just aesthetically pleasing overall. There’s even a fake-relationship trope if you are a fan of that sort of thing.

One rom-com duology that stands out as a set anyone can love are the “My Big Fat Greek Wedding” films. They follow the life of Toula Portokalos, a Greek American woman, and her relationship with Ian Miller, an Anglo-Saxon man, and the struggles that occur between the differences in their backgrounds. It’s funny, it’s relatable and it’s incredibly satisfying.

A recent romantic comedy that has captured the hearts of many is “Crazy Rich Asians.” The movie stars Constance Wu as Rachel Chu, who accompanies her boyfriend, Nick Young, portrayed by Henry Golding, to Singapore for his friend’s wedding. She soon discovers that Nick’s family is very wealthy and learns to deal with this new aspect of their relationship. It is an extravagant whirlwind of a time.

This next romantic comedy is a bit darker but still as heartwarming in the end as the rest. “Silver Linings Playbook” follows the characters, portrayed by Bradley Cooper and Jennifer Lawrence, who must work together to compete in a dancing competition. They both have tragic and trying pasts, and while they may not admit it so early on, they’re infatuated with each other. The movie contains great acting and incredible chemistry.

“Mamma Mia!” and “Mamma Mia! Here We Go Again” is a classic and beloved rom-com pair. Starring actors like Meryl Streep, Amanda Seyfried, Colin Firth, Dominic Cooper and Lily James, the cast will draw you in. Not only are the stars great, but these romantic comedies are also musicals, featuring their versions of iconic and catchy ABBA songs. Everything from the drama to the scenery, the characters and the music are enticing.

The romantic comedy “The Best Exotic Marigold Hotel” is a gem within the genre. It features Judi Dench, Dev Patel, Bill Nighy and Maggie Smith. The story is about elderly British retirees that decide to spend their retirement at a hotel in India run by Dev Patel’s character, Sonny Kapoor. The hotel is not exactly what they thought it would be, but with characters forming bonds and relationships over time, the hotel turns out to be a beautiful and enchanting place.

Finally, “Love, Simon” is a heartwarming story about a high schooler named Simon Spier, portrayed by Nick Robinson, who has not yet come out to his friends and family. The only person who knows he’s gay is a classmate with who he only interacts online, with a hidden identity. This romantic comedy will make you laugh and cry.

You can dislike rom-coms, but we’ve all watched at least one. Why not watch another that will leave you with a new perspective on the genre?