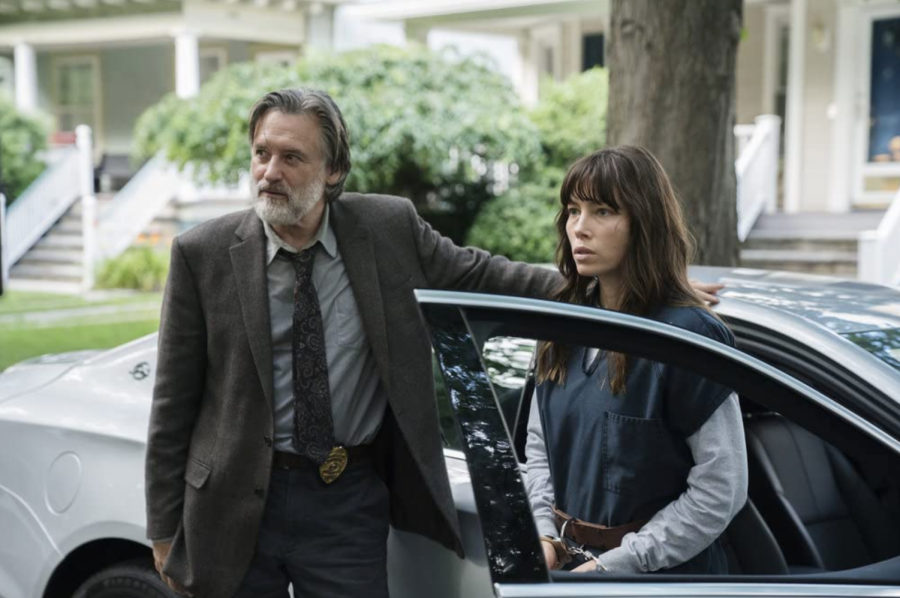 Bill Pullman and Jessica Biel star in “The Sinner”. The show released its first episode on Aug. 2, 2017.

“The Sinner” is an anthology series based on “The Sinner” by Petra Hammesfahr. The series received critical acclaim and high ratings on U.S. network cable with its mystery behind every season’s case. Following the success of the first and the second season, the third season of this show premiered in February. The third season also incorporates how and why the case happened. As always, Detective Harry Ambrose manages to discover an odd or unusual thing in every case, especially Jamie Burns’ case, which appears to be ordinary at first.

The third season opens with Jamie Burns as a Dorchester schoolteacher who appears to be a kind and thoughtful person, which leads to all of the girls developing a crush on him. He appears to have a normal life as a married man with a stable job, but it seems that he has a secret buried deep in his life. An accident happened after his former college best friend, Nick, came to visit his house. His life completely changed after learning that his best friend is no longer alive. This is where Ambrose inspects Jamie’s accident because it did not seem to be a normal accident.

What’s more, Ambrose is showing more of his vulnerable side, unlike in the first and second seasons. Ambrose has difficulty handling Jamie’s increasingly psychotic behavior resulting from his mental state and the influence of his dead friend. Jamie has been constantly feeling on-and-off with his mind, seeming like he wants to get rid of Nick, but on the other hand, he longs for Nick’s presence. He wants to find someone who is mentally connected with him to do something that is beyond normal. Ambrose tries to approach Jamie slowly, but Jamie seems to find Ambrose darker as he keeps showing a hesitant and wavering look.

The series gets more interesting as it progresses because Ambrose is not as strong or tough as he appears to be. As Jamie discovers this side of Ambrose, it became clear to him that they are mentally connected, which the audience can’t completely be sure is the case. Jamie wants Ambrose to realize that they are the same and turns into a serial killer who kills people Ambrose cares about, which adds intensity to the series.

Ambrose’s late mother seems to hold an influence on his childhood. However, I personally feel this season is able to complement Ambrose’s vulnerable side by adding Sonya, a female character whom Ambrose paid attention to during his investigation of Jamie’s case. Although Ambrose just started showing his vulnerable side, Sonya is by his side and is someone he can lean on in times of stress. Adding a supportive element for his character is a good decision because it supports the character and the remaining mysteries that are left in the ending.

The series remains good for mystery lovers, and although you may notice a few plot holes in the series, they will not be significant as it just adds a little bit of reasoning. The actors show a lot of dedication to doing their roles by showing the emotional distress of each character. Since season three has already aired and ended, many crime mysteries enthusiasts are anticipating its future season, which will be getting renewed this year or next year.