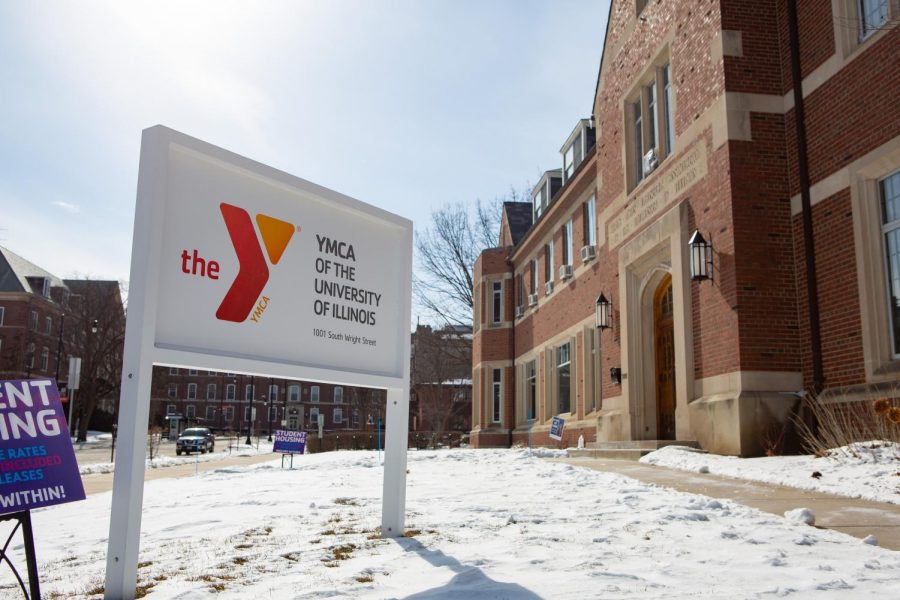 The YMCA of the University of Illinois sits quietly at 1001 S Wright St, Champaign on a sunny day. The YMCA recently held its annual Stand Against Racism campaign on their Facebook page in a series of online presentations.

The University’s YWCA held its annual Stand Against Racism campaign last week, and the four-day event focused on racism and its effect on public health. The Stand Against Racism Campaign was hosted on the organization’s Facebook page in a series of online presentations.

According to the organization’s website, the YWCA’s mission is to eliminate racism, empower women and promote peace, justice, freedom and dignity for everyone. Their goal is to develop leaders who can create and foster positive change and channel the community’s power to work toward racial justice and women’s empowerment.

This year’s campaign theme was “Racism is a Public Health Crisis,” with presentations centering around addressing racism as a health crisis, understanding racism’s impact on community nutrition, racial inequality and maternal health as well as why we must be actively anti-racist.

Urbana Poet Laureate Ashanti Files also recited multiple original poems throughout the event, focusing on the event’s theme of racism being a public health crisis and the necessity of dismantling systems of oppression.

“My race is public health. My lack of wealth is measurable and felt every time my heart beats too fast or welts rise on my skin from allergies within the country who say racism is its past,” Files said in a poem released last Monday.

In Dr. Ruby Mendenhall’s presentation last Monday, she argued for the necessity of a third reconstruction. Mendenhall is an associate professor in sociology, African American studies, urban and regional planning and social work at the University. Her research focuses on social inequality over the life span and the role of public policy and individuals’ agency in facilitating social and economic mobility.

Mendenhall used a metaphor of an iceberg to show how social determinants, which are the complex mechanisms responsible for explaining differences in health outcomes, influence people’s health.

She said health problems, such as stroke, diabetes or pregnant women experiencing stress, are driven by underlying forces, such as one’s education, economic insecurity, discrimination, access to health care and living and working conditions.

“(The) lack of quality education, the built environment that has toxins, segregation that limits access to living-wage jobs, discrimination, economic security, all of that driving the health disparities that we see and showing how racism determines where you live, learn, work or play and how those have deadly consequences,” Mendenhall said.

Mendenhall said there should be a core of community health workers who are embedded in the community who can help people deal with the stress of COVID-19 and the stress of racial trauma. She explained how convergence science would harness the combined knowledge of physicians, designers, engineers and the community to create a new idea of what public health and wellness look like.

Mendenhall questioned how to create a culture of health based on making spaces for community discussion for individuals to share their knowledge, and she said all people should be educated about their health and have access to medical health knowledge.

“Everyone needs to have an expertise around their health or wellness, and we’re trying to facilitate that,” she said.

Mendenhall argued that all youth should be trained as community health workers, and young people should be in environments that allow them to thrive and fulfill their potential.