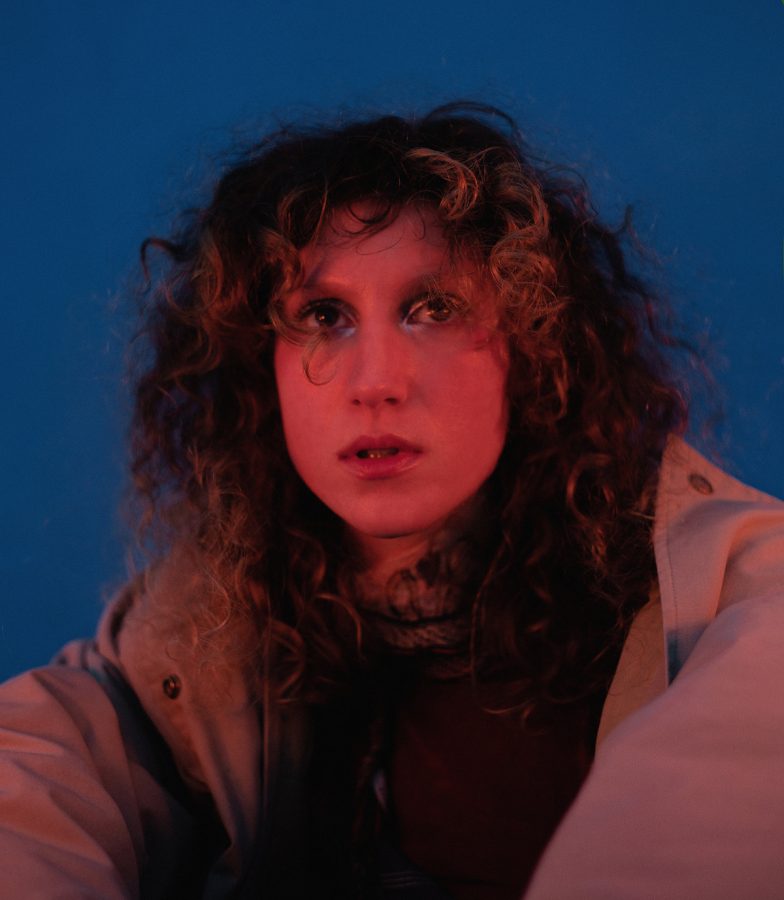 Ella Williams, professionally known as Squirrel Flower, poses in a photoshoot. Her new album “Planet (i)” comes out June 25.

With the upcoming release of her latest album “Planet (i)” on June 25, Ella Williams, known professionally as Squirrel Flower, said she is excited to experience the goodness of sharing music through in-person events and concerts.

“I like doing the more casual Instagram Live streams as opposed to polished, put-together ones because I don’t really want to make it feel like a real huge produced concert.” Williams said. “I kind of want to lean into the weirdness of it, if that makes sense.”

The native Bostonian spent a significant portion of her quarantine time focusing on her music without any external distractors by recording song demos. She said it felt empowering to lean into the creative process and do it completely on her own. She described her songwriting and recording process as “emotionally tumultuous” but said the challenges and self-doubt of the creative process reminded her of why she makes music.

Regarding her upcoming album release, Williams said “Planet (i)” isn’t a huge departure from her usual music style, but she went into the album with the goal of blending elements of folk and country with ambient, choral-esque styles and heavier guitar melodies.

“I guess, just trying to observe all of these things and just take note of them in my songs and then try to find joy despite all of it,” she explained.

Williams said her songs come from a personal, emotional place within her and are inspired by her life experiences. She said sometimes her lyrics explore concepts that aren’t directly related to her personal experiences, but she still ties herself to the emotions, like in “Hurt a Fly,” which is the first single from the album.

Many of Williams’ songs are about isolation and struggle, partially because she wrote some of the songs while recovering from a concussion, which brought symptoms that prevented her from interacting with others. According to her, the COVID-19 isolation is similar to her concussion-induced isolation that inspired many of her songs.

In September, Williams will be touring with Nashville-based artist Sophie Allison, also known as Soccer Mommy, during the first leg of Allison’s tour to promote her 2020 album release, “color theory.”

Williams said she previously toured with Allison in 2019 and feels incredibly lucky and excited to be playing in multiple venues that she’s never stepped foot in before. She noted her nervousness to perform because she hasn’t performed in front of an audience in a long time. Lately, she’s been doing grounding techniques, such as vocal and body exercises, to loosen up and prepare her for performances.

“After not being in crowds of people for so long, I kind of think I’ll get stage fright,” Williams said. “It’s just going to be overwhelming and kind of a culture shock at first, so I’m just trying to get back into the mindset of like, Squirrel Flower on tour.”

On June 26, Williams will be playing at Chicago’s Sleeping Village to promote the release of “Planet (i).” There will be an earlier show and a later show, and the show will have a limited capacity of around 60 tickets per show, according to Williams.

“I’m so excited, though,” Williams said. “I feel like it will be a very safe thing to do at that point. I think it’s going to be a total party.”