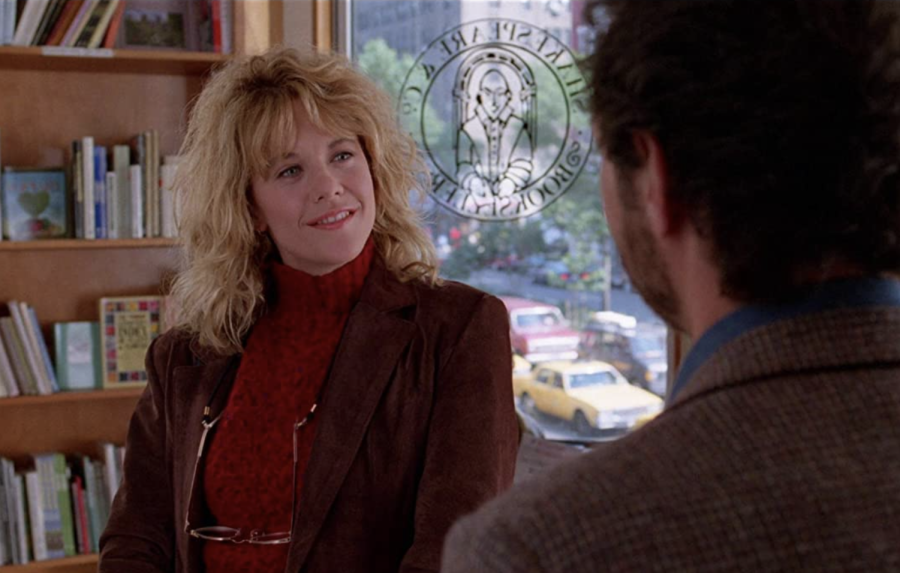 Meg Ryan stars in the film “When Harry Met Sally” which was released on July 21, 1989. The movie is an essential watch for the fall.

As temperatures and leaves begin to drop, nothing sounds better than curling up with an autumnal film as orange bursts of color spread throughout campus. Rob Reiner’s classic 1989 film, “When Harry Met Sally,” not only mirrors the landscape of Champaign-Urbana’s changing weather, but also acts as a great escape from the academic worries followed by approaching midterms. The witty, romantic story is a perfect place to hide from daily stressors and to get into the fall season.

“When Harry Met Sally,” written by Reiner and Nora Ephron, follows the ten year friendship between Harry Burns (Billy Crystal) and Sally Albright (Meg Ryan) as they navigate their love lives in New York City. After they meet on a disharmonious road trip from Chicago, the two continuously bump into each other for the next five years until they decide it’s finally time for the beginning of a friendship.

Side characters Jess and Marie, played by Bruno Kirby and Carrie Fisher, are comedic additions to the already hilarious story as they help bring the title characters together. Between other relationships and the tensions within their own, Harry and Sally must confront their feelings before it’s too late. The two hour will-they-won’t-they asks the question: Can men and women really be friends?

Despite Netflix and other production companies continuing to churn out new, contemporary rom-coms, the classic slow burn continues to be a fan favorite for many. There is something timeless about a character-driven film that allows a relationship to simply exist without external conflict. This film is the baseline for the commonly used friends-to-lovers trope as it truly emphasizes the importance of a friendship baseline as it naturally develops into love. In fact, the film is considered to be one of the most influential romantic comedies in cinematic history.

Ephron’s writing packs a clever, refreshing punch that sounds natural coming from each character and continues to retain extreme quotability. Reiner’s direction is simple and effortless while still casting a dreamy glaze on the storyworld. The two filmmakers use their personal experiences and input from the two stars to create one of best film duos of all time. Harry and Sally both seem like characters that could exist in any time at any place because Crystal and Ryan’s performances are genuine and authentic.

Between the knit sweaters and golden treetops, the film is a visual representation of fall. Scenes of Harry and Sally walking through the park under falling leaves are famously recognizable for the seasonal setting. Orange fills the frame around them in each shot, painting an autumnal dreamscape around them. Sally’s outfits are the perfect fall fashion inspiration and deserve their own dedicated Pinterest boards. The comforting jazz music also adds to the ambience of crisp leaves and shacket weather with soft piano and Harry Connick Jr.’s soothing voice. In fact, listening to the soundtrack on walks through campus is the perfect way to be fully immersed in the fall setting.

If this film doesn’t make you want to fly to New York just to walk beneath the auburn canopies, I’m not sure if we watched the same thing. Whether it’s your twin XL mattress or plush futon, curling up to this film is the perfect introduction to all things fall. So grab a pumpkin spice latte and put on your favorite knit cardigan before settling in to watch “When Harry Met Sally.” And who knows, maybe the Harry to your Sally is walking underneath the orange trees on campus right now.