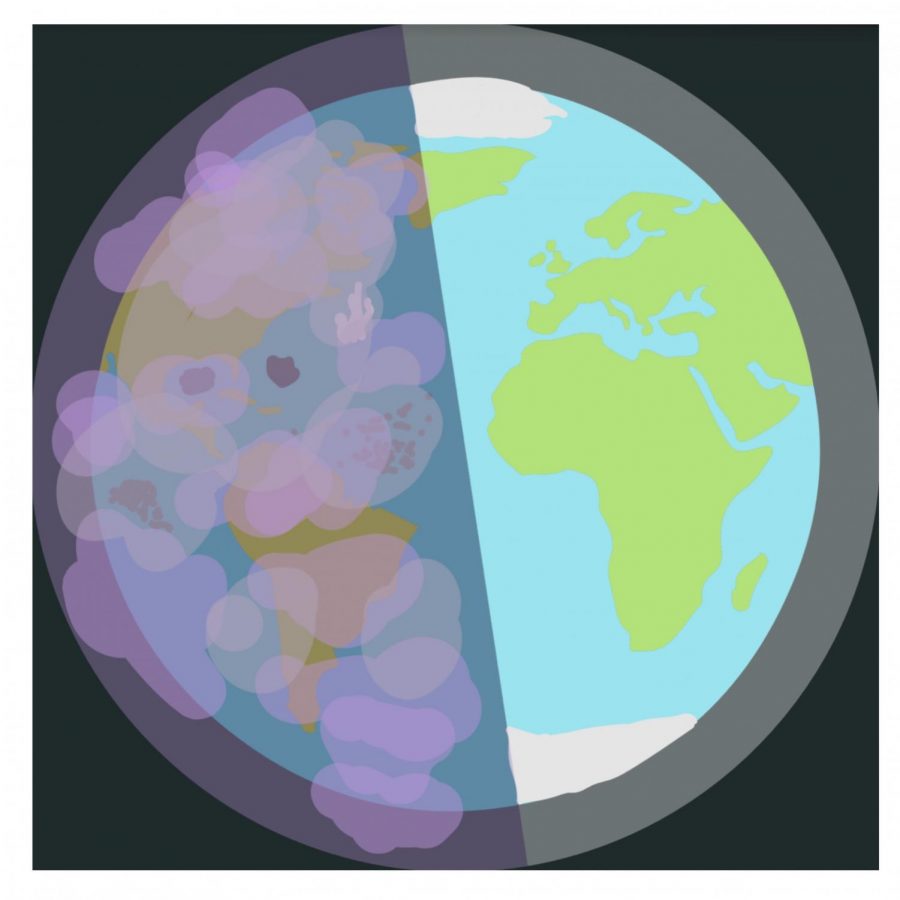 By The Daily Illini Editorial Board
April 23, 2020

As a microscopic parasite, coronavirus has demonstrated its lethality and infectiousness through the climbing death toll.

But for those fortunate enough to avoid contracting the microbe, it is parasitic in other ways. It infiltrates the lives of everyone and spoils schedules, prevents plans and dismantles daily routines. It has, at least temporarily, completely altered the way society functions and the way each individual survives.

But with these dark clouds comes silver linings. Satellite images show a precipitous decrease in greenhouse gas emissions across the world, particularly in large metropolitan hubs. Although human beings remain distanced, they have found innovative ways to connect with one another and entertain themselves. Wasteful spending and overconsumption have slowed significantly, forcing households to discern necessities from the profligate desires. Suddenly, with the introduction of COVID-19, the able-bodied and unoccupied appear as if they are promptly training for triathlons.

Although many of these changes, good or bad, come at the expense of many lives and economic hardship, they inform on how the world, from an individual to national governments, act in times of crisis.

The world stands, today, on a precipice, wherein humanity embraces needed climate action or refuses it. Climate change will continue to worsen if the environment is not properly protected, but the unfolding pandemic makes future speculation regarding climate change a little more grounded.

The management and mitigation of COVID-19 reveal problems and inspire hopes vis-a-vis the inexorable confrontation with the climate crisis on an individual, national and international level.

While many are growing out unkempt beards in isolation and delaying much-deserved vacations, the pandemic has proven that humans can cut down on their emissions when necessary. Biking and working from home have soared in popularity since the start of the tribulation.

These may not be temporary changes. Business owners and white-collar workers see the feasibility and practicality of remote work and may be less willing to squander exorbitant amounts of money and time on worker commutes. The value of habitual biking may be forever appreciated, even after stay-at-home orders are lifted.

When climate experts advocate that lifestyles will have to change to alleviate climate change, let this ordeal stand as an example that this adaptation is possible. During times of crisis, people can make the needed sacrifices without splintering their day-to-day lives.

But the implications of the pandemic vis-a-vis government behavior are more hapless. Despite government officials’ insistence that swift, comprehensive environmental reform is unrealistic, politics never change. Similarly, neither do politicians’ knee-jerk reactions during times of crisis.

“How will we afford it?” cry the same members of Congress who have passed multiple coronavirus relief bills to counter the adverse economic effects of crisis mitigation. Before climate proposals are execrated for being too costly or bad for the economy, one should liken the devastating effects of this public health crisis against the relentless repercussions of more severe natural disasters, the collapse of the food web and exhaustion of natural resources.

Those holding out hope for responsible governmental action to combat climate change might be too idealistic. The inevitability of the COVID-19 spread and the known impacts of a worldwide pandemic did not make the government any more prudent.

The Trump Administration, with numerous warnings, only responded after the virus had already spread to the states, preempted by minimal prevention efforts. The government, even amid crisis, performs with just as much naivety, shortsightedness and impulse. Rather than constrict the contagion, the government capitalizes on an opportunity to fulfill domestic policy aspirations.

The price per barrel of oil falls below $0 for the first time in history and the U.S. government witnesses unprecedented unemployment claims. Much of the pain felt was preventable and governments had generous warnings.

The international response, however, has been the most disappointing to watch. The international system is structured as it is so that governments can convene to multilaterally draft a unified response to problems that ignore political boundaries.

The COVID-19 pandemic forebodes that governments renege on their promise to cooperate during times of crisis.

In Europe, polls indicate support for the European Union is at an all-time low in Italy after the country requested help with its outbreaks and was met with silence. European leaders have primarily scrambled to prevent disaster within their own countries, leading to new concerns of potential EU fragmentation.

The World Health Organization was pilloried by world governments for lauding China’s response. The United States subsequently pulled its funding from the WHO, signaling that politics are not sidelined even during global emergencies, even if political decisions mean dispensing with the most indispensable institution.

The United Nations, aside from WHO’s efforts, has not taken significant action to craft a solution or discuss travel restrictions together. The world stands to gain much more when states work together instead of solitarily, but the crisis has aggravated division instead of galvanized unity.

Hopefully, this worldwide suffering will not be in vain. As a result of the coronavirus, good and bad precedents have been set. The world can extrapolate lessons about how to be proactive rather than reactive in combating arising crises like climate change.

The next time the human race faces an existential catastrophe — one that is perfectly predictable and preventable — leaders would be wise to act sensibly as everyone can now see how they behave when it is already too late.