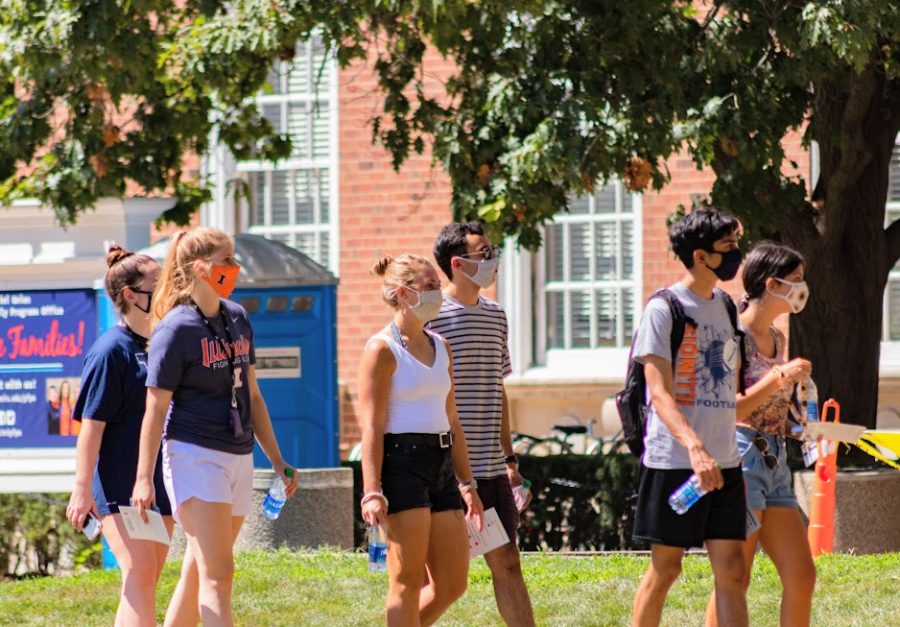 The University released an online dashboard on Monday that reports data from the University’s saliva-based COVID-19 tests.

From Aug. 17 to Sunday, the University reported 408 positive tests from students, faculty and staff after 68,331 tests, for a positivity rate of 0.6%.

The University has conducted over 105,000 saliva tests since the product’s inception in July. It broke 10,000 daily tests on Thursday and Friday, then administered 17,656 tests on Monday.

At first glance, it may appear the University has broken its projection of 200 “import” cases from arriving students and staff. However, positive test numbers don’t equal individual cases, said University spokesperson Robin Kaler.

“Since most people in the University community have already tested once (and many would have tested twice or even three times in that timeframe), we have positive tests that are repeats,” Kaler wrote in an email.

The precise number of individual, on-campus cases confirmed by the saliva tests has not been released by the University.

“We are focused on the positivity rate, as that is what will let us know if we have community spread,” Kaler said.

Of the county’s 2,061 reported coronavirus cases, 311 are active. Only two are currently hospitalized for the virus, according to CUPHD’s numbers.

On Illinois’ official coronavirus page, the state reports 2,100 cases in Champaign County. Julie Pryde, administrator for CUPHD, said this discrepancy is due to a difference in process.

While the Illinois Department of Public Health reports the cases as soon as they obtain the lab report, CUPHD only confirms the case once the infected individual is contacted and investigated.

“The numbers will be the same; CUPHD just lags behind a bit,” Pryde said.

Also, CUPHD reports by date of test, so the numbers eventually sync.

Over 81% of Champaign County residents have been tested, leading the state. The next highest, Sangamon County, comes in at just under 38%.