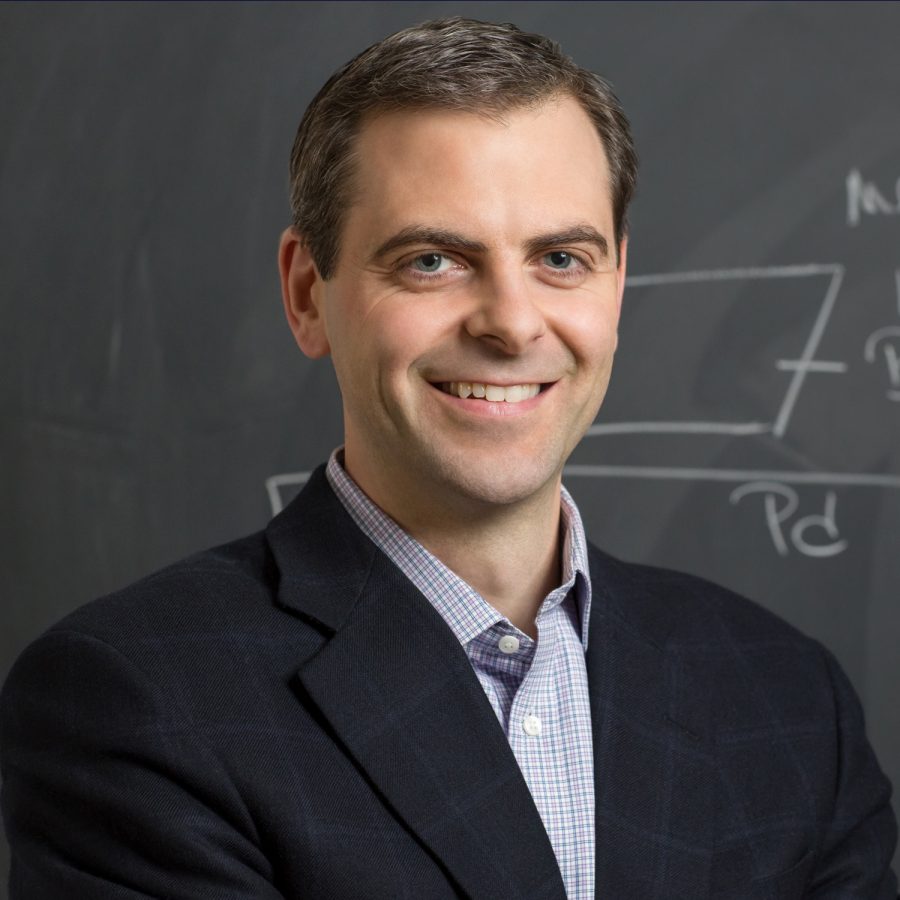 The Daily Illini met with Professor Martin Burke of the University’s SHIELD team on Friday to discuss recent COVID-19 numbers and testing.

After the two-week lockdown where students were only allowed to participate in essential activities, Chancellor Robert Jones sent a Massmail on Sept. 16 allowing the resumption of limited student activities.

“While we can’t yet celebrate, you will be able to carefully and responsibly resume some COVID-19-limited versions of activities you all miss,” Chancellor Jones wrote in the email.

The campus saw a significant decrease in new cases throughout the last two weeks. On Aug. 31, 230 new cases were declared on campus. The number of daily cases confirmed has continually gone down, with 27 new cases for Friday.

What did the architect of the University’s testing program think of last week’s results?

“We are definitely making progress thanks to some really smart choices and leadership from our students,” said Martin Burke, professor in LAS, and leading researcher for campus’s saliva testing. “We know that the overwhelming majority of them are doing a fantastic job and really trying to do their part.”

The SHIELD team implemented three changes in order to stop the early spike in positivity rate on campus. First was the limitation of activities to only essential outings for two weeks. Second, the SHIELD team worked on a strategy to prioritize their testing so that the groups that needed the most testing could do so as frequently and fast as possible.

“We looked at all of the data, and over 95% of all of the cases that we saw since classes started were with our undergraduates,” Burke said. “We wanted to figure out how to prioritize undergrad testing as much as possible to really help drive down the cases.”

The third change that SHIELD made to drive down the spread is launching SHIELD Team 30. This is a team that is responsible for contact-tracing and attempting to isolate those that tested positive within 30 minutes of their test result. The communication between SHIELD Team 30 and those who test positive happens with text messaging.

These changes were implemented as defensive actions against illegal student behavior and early spreading. However, testing pace also plays a major role in stopping the spread.

“Certainly, faster testing is better, there’s just no question about it,” Burke said. “The faster we test, the more effective we can be.”

That said, Burke believes that the choices among students are the primary factor of the increasing cases. He bases this on the fact that the locations at which parties or big gatherings have happened are the same locations that drive the highest numbers of cases.

Off-campus gatherings have been a main driver for spreading COVID-19 on campus. While this poses a challenge for SHIELD to track and regulate compared to University Housing and Greek life, the team is actively keeping track of numbers as to which living situations hold the highest numbers of cases.

On a brighter note, Burke said the campus community has gotten better and better at submitting saliva samples, decreasing the rate of invalid results. An invalid test means that the sample is hard to analyze; this may be due to the tester eating, drinking or smoking one hour or less before the test.

Invalid and inconclusive results differ. An inconclusive test result can mean that one or two of the three COVID-19 genes were found in the sample, thus an additional test is needed.

“Sometimes what could happen is we’re right on the edge of detection, where you barely see one of (the targets) and you don’t see the other two,” Burke said.

However, Burke stated that the team is confident in the test’s accuracy. The saliva test performed well in studies compared to the standard nasopharyngeal swab test.

Earlier this month, many students received an email after 48 hours of waiting for results.

“If you provided a sample at the testing site, we are writing to inform you that unfortunately, an error occurred in either the delivery, receipt or processing of your specimen,” the email read.

This happened after Labor Day weekend, when an unexpectedly high number of tests were taken, and not as many lab workers were present. The samples were not lost, but rather there was a delay in results due to the circumstances, Burke said. If a test result takes more than 48 hours to be processed, an automated email is sent to the tester.

The SHIELD team displays the seven-day new case positivity rate on its dashboard, where the amount of positive cases are divided by the amount of tests taken in the past seven days.

This is a standard procedure when reporting on case positivity rate; however, the Illinois campus stands in a unique position because of the frequent testing that it is doing. This drives the denominator of the case positivity rate to be higher compared to others, since some individuals are testing two or three times a week.

“We’re kind of in a unique situation because we are testing everyone so frequently, you have to put that into context,” Burke said.

Burke said SHIELD is working closely with CUPHD on privacy regulations, such as deciding whether or not to publicly share localized campus hot spots, or dividing positive cases by demographics, regarding the elements of the University’s COVID-19 dashboard. The team is required to share all of the lab’s results with the Illinois Department of Public Health, which then shares that information with CUPHD.

“If we start to show regional, even down to that level of resolution, there is always the risk that  we start to cross over into potentially having issues with  privacy concerns,” Burke said. “We’re just trying to strike the right balance.”

In terms of expanding testing throughout our nation, the University has launched two University-run Organizations. SHIELD Illinois is a partnership with the governor’s office, IDPH and other Illinois partners to expand SHIELD’s testing capacity throughout the whole state, with testing centers all over the state. Secondly, SHIELD Team 3 is working towards expanding the testing out to the rest of the country and other countries. They are working with more than 35 universities across the country.

“The students absolutely have to continue to make really smart choices about their socialization behavior, and then we will succeed,” Burke said.