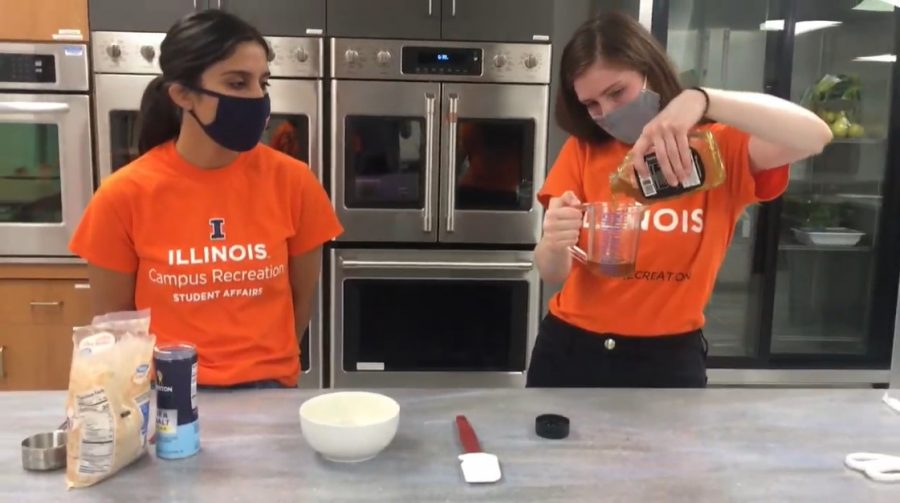 Following the exacerbated state of the COVID-19 pandemic, many programs and organizations were forced to locate alternative methods of conducting their operations amidst lockdowns, capacity restrictions and safety concerns.

The Illinois Physical Activity and Life Skills Wellness Program, a summer program seeking to provide enriching physical and nutritional education to kindergarten through fifth grade students, was entirely restructured and moved to a majority asynchronous platform during the fall semester.

After the University ordered the cancellation of all summer programs, the iPALS collaborative team was faced with a deadline of Dec. 31 from the state of Illinois to spend the $87,657 grant, according to Kevin Richards, assistant professor of physical education and children’s physical activity in AHS.

“That put us in an interesting position because we didn’t feel like we could do after-school time programming, and it’s not summer, so we definitely can’t do summer programming, and we don’t want to do anything face-to-face,” Richards said.

Refusing to surrender the grant money, Richards and his team utilized innovative methods and ideas to brainstorm various concepts of the program that could run and be delivered in the fall, which were presented to the Champaign Unit 4 district.

“We spoke with the school and we presented them a range of options, some of which had some hybrid forms of instruction,” Richards said.

According to Richards, the proposed asynchronous online program was the chosen option for the fall.

The asynchronous program, which had content created by doctoral research assistant Shelby Ison and graduate research assistant Annabelle Schaffer, began on Oct. 12 and ended on Nov. 22. The program was split equally between physical and nutritional education, with an overlap between the two occurring during the middle week.

Additionally, the virtual iPALS curriculum consisted of three activities occurring each week. The first activity emphasized social and emotional learning through the use of FlipGrid and peer interactions; the second activity was individually focused through the use of Ed Puzzle that checked for curriculum understanding and retained student attention; the third activity urged students to become active either physically or nutritionally. A fourth optional component was tutoring with University students via synchronous sessions on Zoom, according to Ison.

A benefit that was derived from the virtual structure of the program was familial involvement.

“My favorite part of the virtual program is the capacity to get the families involved with the students’ wellness because, especially at the younger ages, a kindergartner isn’t able to go grocery shopping,” Ison said. “So if we get the family members involved, that also is providing education naturally for the families.”

The asynchronous iPALS fall virtual program, with the exception of the optional Zoom tutoring, was chosen with the consideration that the program’s participants come from impoverished backgrounds.

“We want to be responsive to the fact that they have relatively unpredictable schedules,” Richards said. “They might have multiple parents working multiple jobs, they might not have adequate technology so that all kids can be on a laptop doing the program at once. By making it asynchronous, we had a window of two and a half days for each activity, where they could do it at any point that worked for their schedule.”

This virtual structure marked a shift from the traditionally in-person nature of the iPALS program, which had been in existence at the University since the 1950s. However, the four-pronged approach centered around physical activity, nutrition and wellness education, social and emotional learning and academic enrichment was not affected by the virtual shift because these values are critical to iPALS’ identity and purpose, according to Richards.

The virtual program enrolled 115 students, a success that is partially attributed to the interdisciplinary nature of the team. The team can be categorized into two distinct aspects: the quantitative and qualitative research programs. While Richards leads the qualitative program, Naiman Khan, assistant professor with an interest in nutritional neuroscience in AHS, leads the quantitative research and nutritional aspects of iPALS.

“Work like this needs to be interdisciplinary, and it needs to involve teams who have different assets and resources to be able to work together,” Richards said. “Because across our group, consisting of both Unit 4 people and UIUC people, we were able to get this going and get it off the ground.”

While funding for next year is uncertain as of now, the iPALS team continues to hope to run both an elementary and middle school program simultaneously over the summer.

“What’s happened this semester in the way that we’ve been able to do it virtually has shaken that up a little bit,” Richards said. “I think in a lot of ways for the better because it’s given us so much more to think about and expanded our idea of what iPALS could be.”

Though the shift towards a virtual program was unexpected, both the iPALS team and the children have benefited from the new innovative approaches.

“I think the best way to describe how we got here is that it’s not where we intended to be,” Richards said. “It isn’t where we thought we were going to be. But we’re here nonetheless. And I think that it was really a blessing in disguise in a lot of ways because we were able to roll out some programming that I really feel like was beneficial for the kids in the area.”