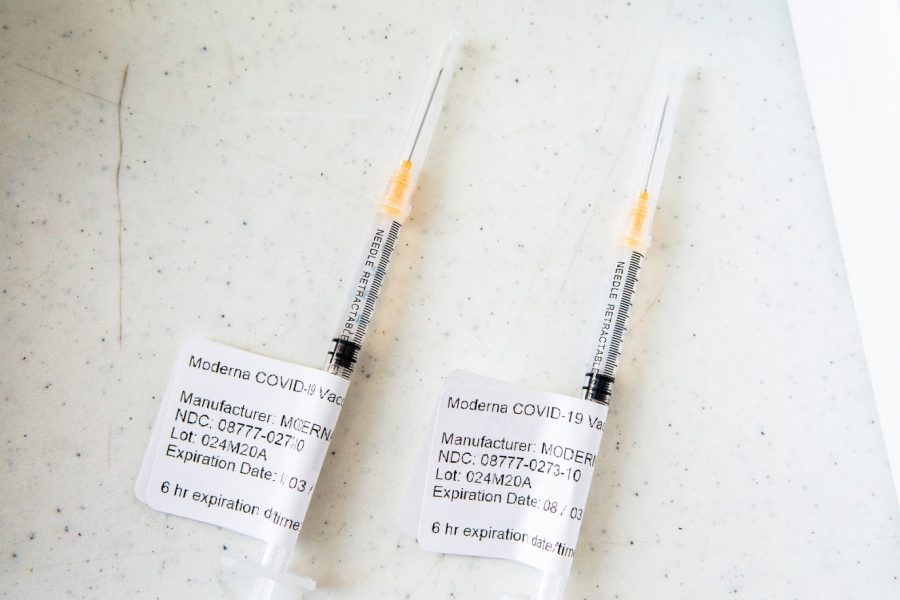 Two Moderna COVID-19 vaccines wait to be used at the Church of the Living God on Feb. 20. The county has administered 80,079 dses of the vaccine.

The Champaign-Urbana Public Health District opened up three days of first dose vaccine appointments on Monday afternoon. An hour later, they were full.

A relatively low vaccine supply prevented Champaign County from administering very many first doses last week. Most appointments were dedicated to second doses for the early stages of Phase 1A and 1B, like essential workers and residents 65 and older.

After more than a month of vaccine distribution, Champaign County stands near the top of many vaccine metrics compared to other counties across Illinois.

After 2,038 new shots on Monday, the county has administered 80,079 doses of the vaccine, sixth-best of Illinois’ 102 counties despite being 10th in population.

Champaign County ranks even better in per capita vaccination metrics. An estimated 23.5% of the county population has received at least one dose of the vaccine, while 14.6% have received the full two doses.

Those percentages are the fourth-highest “first dose rate” and second-highest “full vaccination rate” of all counties in the state.

Statewide, about 15.3% of the population has received at least one dose of a vaccine, while 6.8% have been fully vaccinated.