‘Amazing Grace’ is an emotional experience 47 years in the making 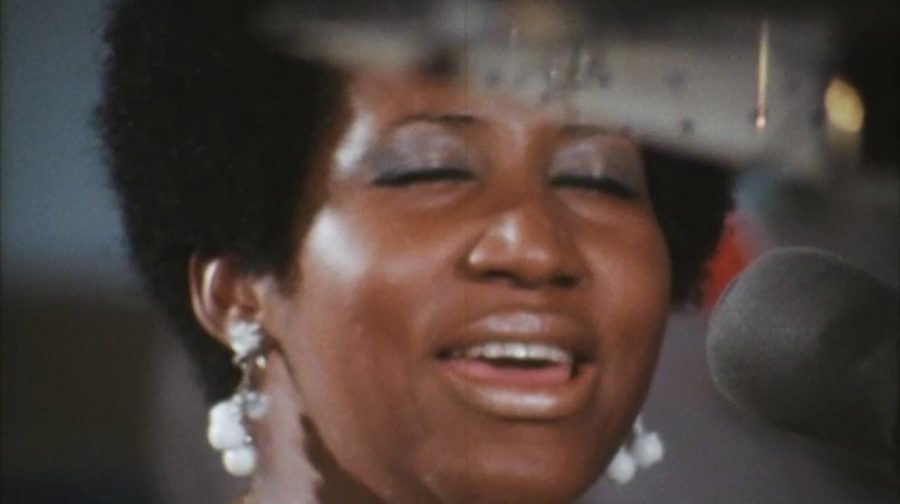 Aretha Franklin in the film “Amazing Grace.” The documentary, filmed 47 years ago, covers the live recording of Franklin’s “Amazing Grace” gospel album. Roger Ebert Fellow Pari writes that the best parts of the documentary involved the interactions between people and the emotions they invoked.

Editor’s note: Each year, the University of Illinois College of Media Roger Ebert Fellows cover the Ebertfest film festival at Champaign’s Virginia Theatre, continuing through Saturday. Here they report on the first two days of the festival. For more of the 2018-19 Ebert Fellows coverage, go to Illinois Public Media at will.illinois.edu and, early next week, rogerebert.com.

Wednesday’s kickoff screening at this year’s Ebertfest was not a typical documentary so much as it was a piece of musical theater. That’s how Alan Elliott, director and producer of the film “Amazing Grace,” described the concert movie in the prescreening Q&A to the hundreds of Ebertfest attendees.

After taking the stage to officially begin the festival and introduce some of the special guests in attendance, Chaz Ebert, widow of Roger Ebert and the festival’s co-founder, producer and host, decided it would be best for the audience to hear about the film beforehand. The documentary covers the live recording of Aretha Franklin’s “Amazing Grace” gospel album, recorded in 1972.

However, the film, shot 47 years ago, never saw the light of day. Why? The answer’s fairly simple: The sound of a clapboard — the mechanism constructed of two boards slapped together to synchronize audio and video recordings — was missing from the footage. Director Sydney Pollack forgot to bring one. No clapboard, no synchronization, no movie.

The decades passed and with new technology, the recordings were able to be properly synced with the images. Legal issues then ensued, but the film is now owned by both Franklin’s estate and Elliott himself, who had as much passion for the film as he did about the album it documents.

“This is a miracle, believe it or not, to make it to this point,” said Tirrell Whittley, Elliott’s producing partner who was also on stage Wednesday. “There were so many times where it was not gonna happen.”

The film, Whittley said, is “a communal experience.” Most times, he said, “when we show the film, we have an invocation to set the atmosphere. It is appropriate for people to feel released, meaning this is a film where you can clap, this is a film where you can sing. (In Nashville), I had people around me singing the songs, I had people humming along. A few people in the back decided they wanted to stand up, people were raising their hands. It really is a worship experience.”

Despite this urging, the audience at the Virginia that evening did not feel compelled to participate in the screening in that way, though some applause could be heard after several of Franklin’s on-screen performances. This disappointed me. While watching the film, I couldn’t help but wonder what it would feel like to truly engage in the documentary the way Whittley said it was meant to be enjoyed.

The most entertaining parts of the documentary were not Franklin’s entrance into the church in angelic white (as enchanting as it was) or even the footage of the singing itself. The best parts of the film were the interactions between people. Filmed in a Baptist church in the Watts neighborhood of Los Angeles, “Amazing Grace” at times catapulted off the screen. The emotions were genuine and often overwhelming, with Franklin’s vocals provoking women to dance joyously or causing one man to sit, breathe deeply and raise his hands upward.

Arguably the most important interaction was the moment Reverend C.L. Franklin, Aretha’s father, dabbed the sweat off of his daughter’s brow and neck as she sang. It reminded us where the Queen of Soul came from and why she began singing in the first place.