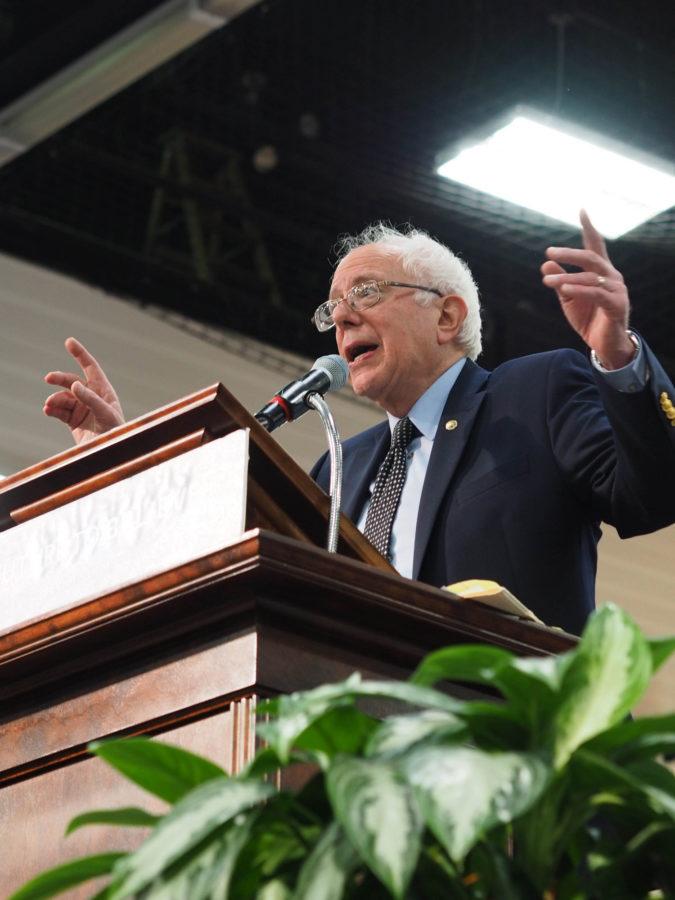 Presidential candidate Bernie Sanders at the ARC on March 12, 2016. Photo by Lily Katz

Ammons is the representative for the Illinois 103rd Legislative District which covers Champaign and Urbana.

Sanders voiced his support through an email sent to his national fundraising list.

“She’s fighting for progressive issues and candidates and deserves our support,” the email said.

In January 2015 Ammons began serving the district as the first African-American woman to win election in the 103rd district.

“Bernie believes that the path toward bold change requires leaders to take back control of state capitols around the country and ensure fair redistricting in 2020,” said Jeff Weaver, Sanders’ campaign manager. “The leaders we’re raising money for today are the members of Congress, senators and presidential candidates of tomorrow.”

Ammons was one of eight candidates around the country to receive support from the campaign. The others were Justin Bamberg of South Carolina,Terry Alexander of South Carolina, David Bowen of Wisconsin, Joe Salazar of Colorado, Clara Hart of South Dakota, Jane Kim of California, and Chris Pearson of Vermont.

Donations made to the campaign will be split between Sanders and the other candidates.

“In their home states, these candidates are standing up against the wealthy interests and biggest corporations, and putting working families first,” Weaver added. “Our people-powered campaign is proud to support them.”