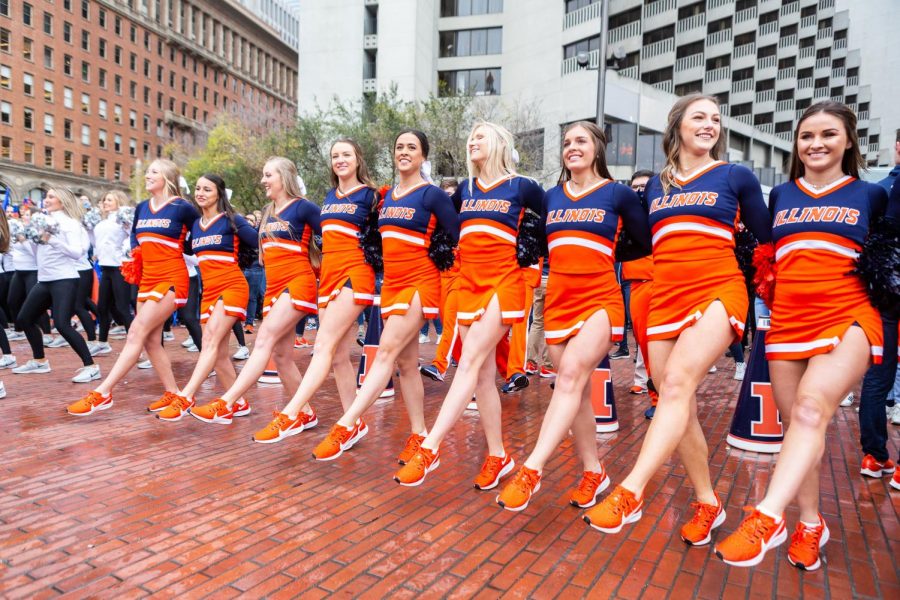 The Redbox Bowl is the Illini’s first time in five years playing in a bowl game, and the Illini faithful were loud and jubilant from the start, but trail the California Golden Bears at halftime 21-13.

In an attempt to respond to the 79-yard touchdown drive, the Illini offense kept Peters moving with bootlegs and options to try and slow down the Cal pass rush.

The majority of the drive, however, took place on the ground as offensive coordinator Rod Smith looked to get the run game going early. Williams was utilized several times throughout the drive, including catching a screen pass for a decent gain.

In the second quarter, the Illinois run defense seemed porous, allowing 273. Following an overturned call, Cal got the ball on the one-yard line and was able to quarterback sneak it in for a touchdown.

The Illini refused to give up there, as Peters launched a 40-yard pass to Barker to put Illinois in the red zone with nine seconds remaining. With a short pass to

Navarro, the Illini settled for a field goal to close out the first half, cutting the Golden Bear lead to 21-13.
At the half, Cal leads the Illini in total yards with 273 compared to Illinois’ 242.