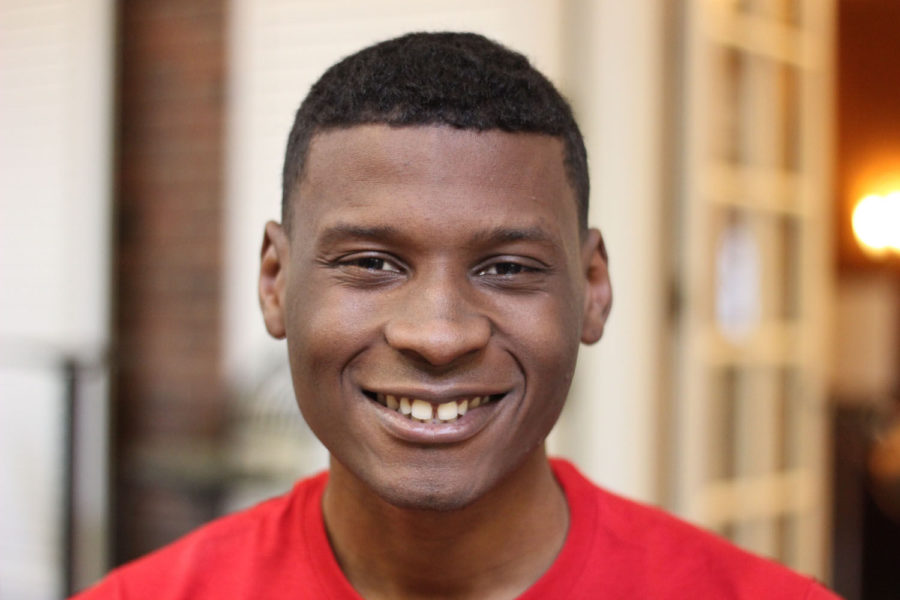 Larry Harris, Senior in Political Science, has been named a fellow in the Charles B. Rangel International Affairs Program.

“One of my high school teachers would always talk about the elections, so I started following the election and following state elections,” said Harris, senior in LAS and a first-generation college student.

Since then, Harris focused his interest on foreign public diplomacy. After working and studying in the field, he has been selected for the Charles B. Rangel Graduate Fellowship Program. The fellowship will fund two years of graduate school, a stipend for living expenses, two mentors and, eventually, a position with the U.S. Department of State after graduation.

Harris said he will pursue his Masters of Public Administration at Cornell University. His internships will take place in Sen. Dick Durbin’s foreign policy office and in an overseas state department.

After graduation, he’ll head back to Washington D.C. to complete training at the Foreign Service Institute and be assigned to a foreign country as a foreign service officer.

Harris said it’s a great feeling having such a large portion of his future mapped out.

“Basically, the next seven years are all planned out, and it’s with my dream job at that,” he said.

After completing two internships with the U.S. Department of State, Harris’ career path was solidified.

Last semester, he completed an internship at the U.S. Mission to International Organizations in Vienna, Austria. He said it was a “fantastic opportunity” that made him certain that he wanted to become a U.S. diplomat.

“I actually got to do the work that diplomats do, and I learned that rather than being a career, it’s more of a lifestyle,” he said. “It’s work that’s truly ingrained in every single fiber of your life once you take it, so there’s not really any off day.”

The internship led him to discover that public diplomacy with a focus in human rights and the freedom of speech was what he wanted to do. Harris said he feels prepared for his future job because of the skills he learned at the University.

He described how being an Illinois tour guide and a member of the Illini Union Board allowed him to meet and understand people from different backgrounds.

While he was there, he listened to a speaker condemn U.S. leaders for withdrawing aid from African countries because of the harsh measures the countries placed on their LGBT citizens. The speaker said it was an issue of culture.

He said it showed him that diplomacy isn’t about being right or proving someone else wrong — it’s about bridging differences.

“I noticed that, instead of changing policy, we have to change hearts,” he said.

During his time as a student, Harris gained Timothy Wedig, the associate director of the LAS global studies program, as his mentor.

Wedig said he and Harris began discussing political science and Harris’ career goals after Harris took a few of his classes. “We’ve developed a mentoring relationship over the past two years,” Wedig said.

Wedig said that this fellowship is the perfect fit for Harris.

“It’s his enthusiasm, his joy for life, that I think draws people to him, makes him a natural leader and somebody who’s going to have a huge impact throughout his career,” Wedig said.

But Harris acknowledges that there is still room for his own personal improvement.

He hopes that the fellowship will make him more open-minded with better critical thinking skills and “the ability to truly listen to someone without having the intent of just responding.”

“I want to be able to read something and immediately be able to just start analyzing it and picking out any biases or pick out my biases while I’m reading,” Harris said.

In the future, Harris said he hopes to be placed in either the Middle East or Africa as a public diplomacy officer. While there, he wants to focus on human rights concerning the LGBT community.

Wedig said he sees Harris as accomplishing “anything that he wants to do.”

Harris’ goals for himself are simple but powerful.

“I’ve always said that if I’m able to just improve the life of just one person, I’ll be happy,” he said.