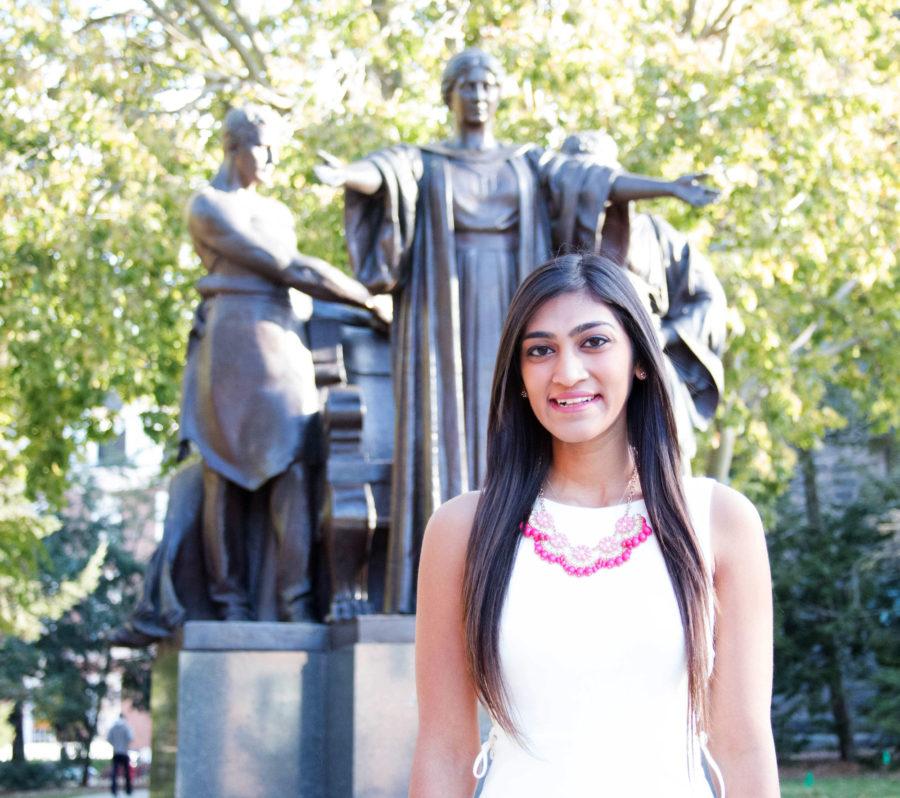 Farrah Chalisa is the president of the FBI Students' Academy. She founded the program last in year hopes of generating students that are prepared to enter the FBI.

For most people, the Federal Bureau of Investigation is an organization that contains a pack of sturdy men dressed in suits, carefully concealing their identity behind sunglasses. But for Farah Chalisa, senior in LAS, the FBI was more than just a concept from a crime investigation television show. It was an achievable career choice.

“Anyone of any major can join the FBI. They need people of all fields so it doesn’t really matter what you are studying,” Chalisa said. “If you want to be a part of the FBI there is something for everybody.”

Although the FBI does offer programs to help create a clearer picture of what the organization entails, most of them appeal to an older age group or to those that are political and socio-economic leaders. Therefore, in order to give the same opportunity to college students, Chalisa was inspired to develop the FBI Students’ Academy last year.

“I’ve never been the type of person who takes no for an answer and so when I couldn’t join similar programs I just wanted to start something new,” Chalisa said. “I just felt like it was more beneficial for them and for us to have a program like this that is catered towards our age group.”

Graduating from the academy provides students with a certificate from the FBI that acknowledges the completion of the program. Last year, the FBI offered career opportunities for three students in the academy.

“The program really shows you that it’s not that hard or unrealistic to join the FBI,” Chalisa said. “(The FBI Students’ Academy) really helps you build a career path.”

Each month, the academy hosts a seminar on a specific topic of the FBI, presented by a special agent from that field. The academy requires that students attend at least six out of the eight seminars offered, including a makeup seminar, in order to graduate and receive their certificate.

“We try to cater the seminars to college students and what would interest them the most,” Chalisa said. “Every agent that comes in is so open to answering questions about the FBI and helping students learn more about it.”

“I really enjoy the fact that it’s causal enough that you can have conversations with these FBI agents and staff,” Erlichman said. “I have a lot of their emails and phone numbers and I’ve gotten emails from them just checking in on how I am doing.”

Chalisa agrees that it is the personal interactions that students create with the agents that can make their time being a part of the academy worthwhile. She said that it is this aspect that sets their program apart from any other pre-professional organizations on campus.

“It is rare for students to have such a direct communication with a body of government like this,” Chalisa said. “It is easier to reach out to doctors or lawyers, but it is very difficult to reach out to an FBI agent on your own. It is more necessary to have an organization like this to help you reach out to them.”

Although the FBI Students’ Academy excites most that are planning to join the FBI, it still hopes to provide opportunities for others interested in a different career path.

“If you never want to go into a career in the FBI (the program) is still really interesting,” said Chalisa. “A lot of the things we learn are really good to know because the FBI is this huge mysterious body in this country and it’s a good opportunity to be more aware about it.”

In addition to making an impact on campus, Chalisa also hopes that the program will have a significant influence on the current FBI organization.

“I hope that it is a two way-street where we’re educating the FBI on the concerns of a college student, and the FBI is educating us on the misconceptions made about them,” Chalisa said.

She specifically aspires to contribute to the pursuit of one of the FBI’s aspirations in creating a more diverse body of government.

“One of the FBI director’s goals that he spoke about was the fact that he really wanted to increase the diversity of the FBI in every sense,” Chalisa said.“The FBI is a very homogenous organization and programs like this can change that.”

With a graduating class of 40 students last year, the FBI Students’ Academy hopes to continue to create knowledgeable leaders that are prepared to enter the FBI organization. They are working to spread the program to various universities in order to give other students the same chance to further their awareness of the FBI.

“We just want to reach out to as many people as possible,” Chalisa said. “We are the future generation and I really do think that we can make a difference.”

Those wanting to take advantage of this exclusive opportunity should attend the next seminar happening on November 9 at 7 p.m. in room 1090 in Lincoln Hall.

“We are the only University currently that has this program,” Erlichman said. “The fact that we have a club that actually shows results and gets you the job straight out of college for something that’s government workforce is pretty amazing.”