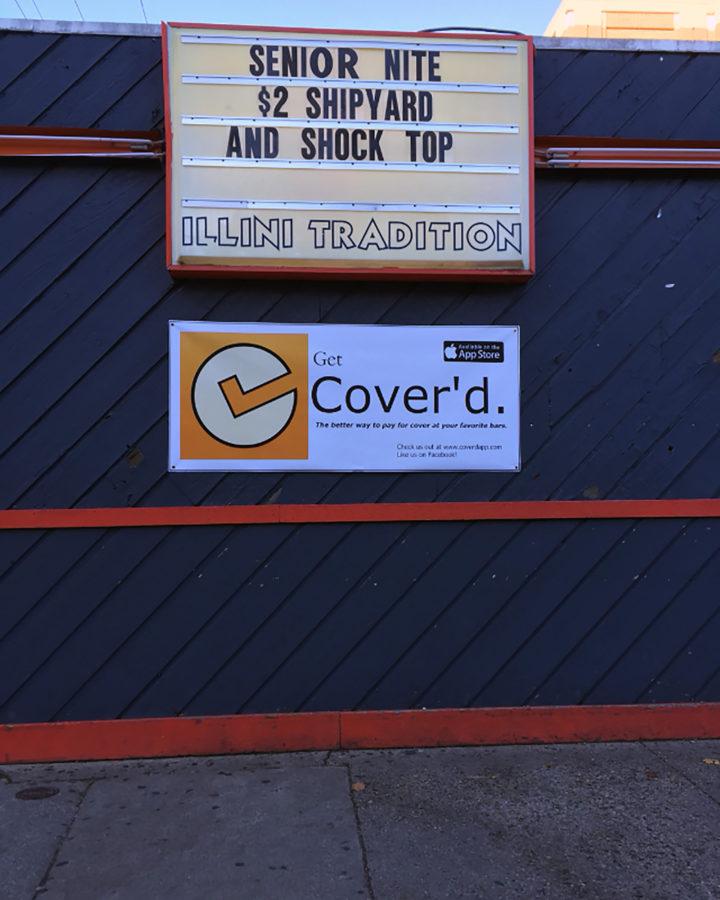 Cover’d is a new app created by University students that lets users pay for cover to get into Kam’s digitally.

A University student has found a way to fix a common problem many students encounter in the nightlife — paying cover at bars.

Cover’d, which launched November 17, is an app that allows users to pay for cover at Kam’s on their mobile device, eliminating the need for cash to enter the bar. The app also allows purchases of multiple covers at once for future use.

“You download the app from the Apple app store, and then once you have the app you can either sign up through Facebook or make your own profile,” explained Elliot Reibman, sophomore in ACES, who created Cover’d. “From there, you choose “Kam’s,” and then can purchase 1 to 10 covers. Once you do that, a QR code comes up, and once you go to Kam’s, you show the code to the bouncer and he can scan you in.”

Reibman said he first got the idea last year while walking to “block” on a Saturday morning.

“When I was walking to block, I was with a girl who didn’t have cash on her, and the idea sparked,” Reibman said. “I thought of it and sat on it for a few months, and then brought the idea to my business partners.”

He said the making of the app began in early May.

Jonathan Wexler, freshman in Computer Science, designed Cover’d. Wexler’s history with app development aided him in bringing Cover’d to life, as he has helped produced two other apps: “Soccer Pong” and “iStockAlerts.” Writing the app took him three months, and the process of making it available on the Apple app store took one month.

“This wasn’t my first app on the app store, but it is my first large-scale app,” Wexler said. “I took a short course on app development, but besides that everything I know is self-taught. I researched online and then built from there.”

Wexler explained that the app’s limited availability at Kam’s is a good thing for the time being, because he can make sure that everything is functioning properly, and then use that to attract other bars into getting on board with the app as well.

“I played the role of bringing the ideas to life, not by writing code, but by creating a business plan and figuring out how to get it from paper to getting it started,” Price said.

Price explained that his hope is to also have The Red Lion and Firehaus available on Cover’d.

“We would like to expand as soon as possible, but we need to prove the concept right now at Kam’s, and then hopefully the other bars will come to us,” Price said.

Reibman explained that he plans on expanding the app to other universities in the future. He is in contact with Indiana University, Miami University and University of Iowa.

“Our long-term goal is to be in every bar across the country that takes cover,” said Price. “We’re really only one week in of what we hope to be a long journey, and my goal with it is never to have a user pay more on the app than they would have to with cash.”

Cover’d is available for download on the ITunes app store.