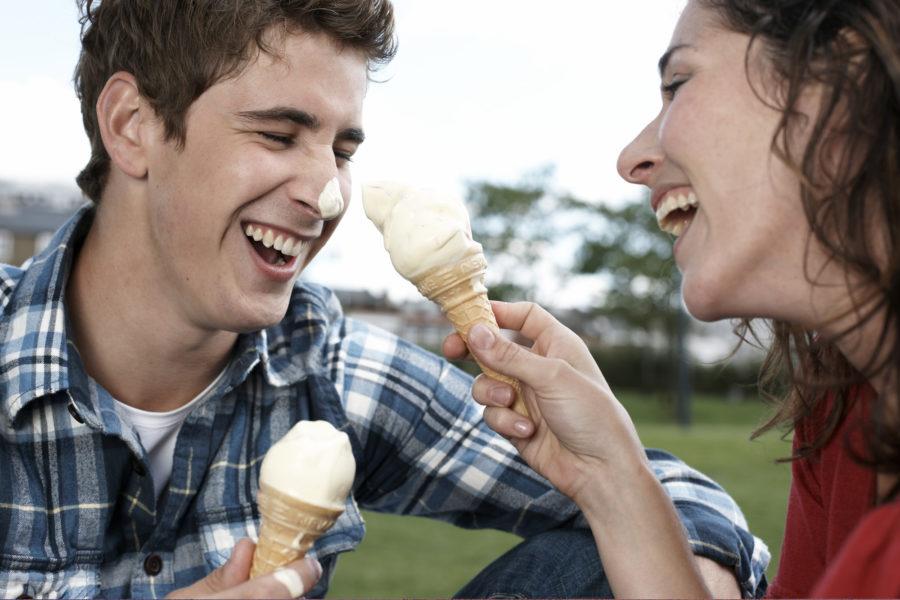 For some UI students, there is still a connection to their first loves.

Rachel Kinney, senior in FAA, was 15 years old when she fell in love for the first time. The two were together for six months before she ultimately broke up with him.

Regardless, Kinney said her ex’s interest in intellectual topics intrigued her.

“He was into a lot of things that I had never considered before, like Buddhism and existentialism, which was really interesting to me,” Kinney said.

Kinney said that she still occasionally talks to her ex and explains how she will always feel a connection to him.

“I am an overly sentimental person, and it’s really hard for me to sever ties with literally anyone, even random people I talk to at the store, so for me, I definitely will always feel at least some connection with my first love,” she said.

Meanwhile, Diamond Burgess, senior in LAS, has been with her first love and first boyfriend for the past six years.

Burgess said it seemed like fate and the two were supposed to date. The two met when they were eight years old because their grandparents lived next to each other. They eventually lost touch but reunited again their sophomore year of high school when he transferred to her school.

“When he saw me again, he came up to my locker and basically asked if I remembered him,” Burgess said. “And of course, I instantly remembered who he was. From there, when I would see him around school, we would always speak. We exchanged numbers, and we started talking during spring break.”

It is no easy task to keep up a six-year relationship, let alone to start it at such a young age in life. Burgess explains that the basis of their relationship is their friendship.

“Throughout six years, of course anyone is subject to change and develop. So we’ve also had to learn each other, so that we could still maintain that connection that we had when we first saw each other,” Burgess said.

Kinney and Burgess believe that first loves are an important part of life, and they hold a certain influence over an individual.

“You experience so many emotions for the first time that no else has ever made you feel before,” she said. “It’s a feeling that you can’t exactly describe. If I was no longer with my first love, I think that I would still have attachment toward the person that I’m with because I don’t think that anyone else would be able to make me feel the exact same way as my first love.”

Burgess also said that that those feelings a first love gives a person are not easily replicable with another love.

“So with that, I think that people also tend to compare other relationships to the one that they had with their first love for that reason,” she said. “For someone to be able to create those feelings you’ve never experienced makes it that much more special, and it’s not something that can be easily forgot about.”

“As with most first experiences, it is incredibly memorable,” Pritchard wrote. “There are also chemicals in the brain that are released when in love, and this can be the first ‘high.’ Additionally, we grow up being exposed to the idea of love and being connected to someone else. It is often seen as an important rite of passage to have your first love.”

Pritchard explained that most people get over their first love after breaking up with them, but their influence may remain with them. Pritchard wrote that most of her clients do not speak about their first loves unless they played a large role in their lives.

According to Pritchard, first love can also be overly romanticized.

“Often times, a first love comes at an earlier time in life, when there may not be as many responsibilities. As stated, there is also something very special about the first time of anything. I think a lot of it may have to do with this being the first time experiencing this powerful feeling,” she wrote.

Losing a first love can be a painful experience, and there is a grieving process, Pritchard noted.

“When a first love ends, it can be hard to imagine every feeling that way again,”  Pritchard wrote. “Reassurance that there will be future loves is important, while not minimizing the pain from their first heartbreak.”

She went on to describe how the grieving process can differ for men and women.

“Historically, males are taught not to show that they are struggling, while females are encouraged to express their emotions,” Pritchard wrote. “There may be situations, where on the surface, it appears that a man is coping better because he is not discussing it, but I would challenge if that is really coping with the emotions.”

However, there are people like Burgess who manage to maintain relationships with their first loves. Pritchard sees benefits in staying with a first love.

“You do not experience that kind of grief. Additionally, there is a shared history. The couple has first hand knowledge of each other’s experiences,” she wrote.

Even though Kinney fell in love for the first time years ago, she has been able to fall in love since her break-up at age 15 and believes that she has a more mature outlook on love.

“I feel like the first time I fell in love, I was more in love with the idea that someone loved me,” Kinney said. “Now that I’m older, it was the opposite. I was very unsure of him at first and the more I got to know him the more I started to loved him, which is probably how it should be.”

She also has advice for anyone who is struggling to get over their first love.

“I would say just go on random dates with a million people, even people you would ordinarily think you would never want to be with,” she said. “That way, there are really low stakes; you get to meet a bunch of different people and hear their stories.”