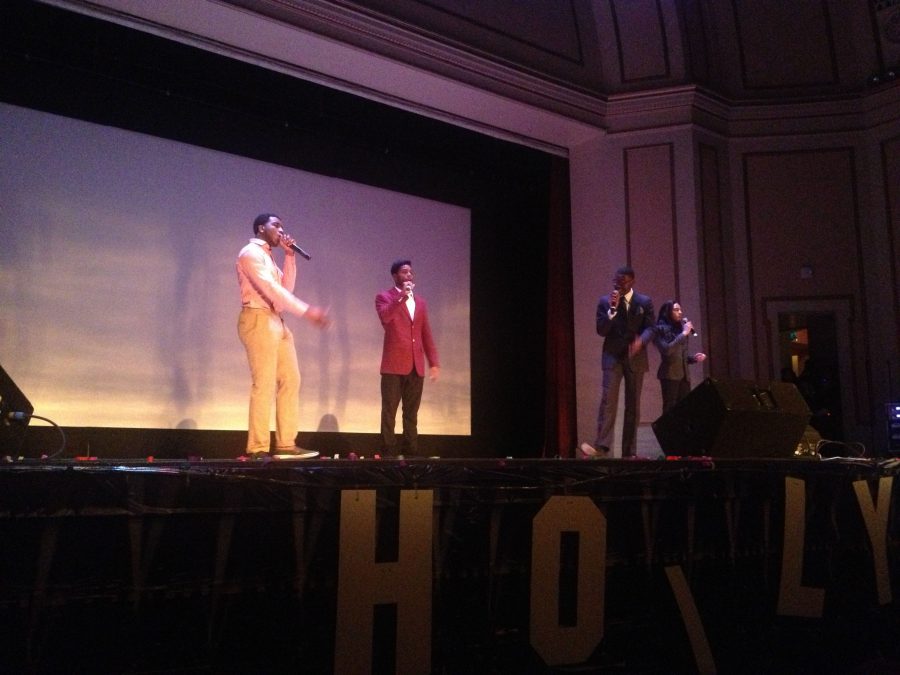 Photo Courtesy of The Central Black Student Union Executive Board

Averi Simpson came to campus looking for ways to engage with the black community.

Both of her parents attended the University, and the junior in Media wanted get involved in activities similar to what they were part of when they were students here. One of these activities is the Cotton Club Variety Show and Fashion Show.

“When I told them about it, they were excited, just because that was a big part of their college experience too,” Simpson said.

The Cotton Club Variety Show and Fashion Show will include a multitude of performances by University students. The fashion show will be held at 7:30 p.m. Friday in the Student Dining and Residential Programs Building, and the variety show will be held at 2:30 p.m. Saturday in Foellinger Auditorium.

The show has been a tradition for at least 30 years, and is organized by the Central Black Student Union. It was created as a place for black students to showcase their talents in fashion, singing and dancing.

Each year, different themes are chosen for the shows. This year, the fashion show’s theme is Black Magic, inspired by different eras of movies and music.

The show will also spotlight freshman Kalief Dinkins, who has his own clothing line for the show.

The theme of the variety show is Showtime at the Apollo, and it will pay tribute to several important black figures in pop culture, such as Eddie James and Chance the Rapper.

Months of preparation have taken place for these shows. The show coordinators started planning back in September and have been busy ever since in order to put on a good performance for their fellow students.

In preparation for the fashion show, coordinators held auditions for models and had to plan out spacing, lighting and music. In addition, coordinators also had to gather clothing for the models, which was either contributed by the models themselves or donated from stores such as Plato’s Closet, Charlotte Russe and Forever 21. Models each have to learn different walks in preparation for the show.

“It’s a little bit stressful, but the outcome always makes it worth it,” said Krista Franklin, senior in LAS and producer of the fashion show.

The Variety Show went through a similar process with auditions and planning. They also hosted a series of practices in order to prepare for the main event.

The creators of the show believe it is an important event to attend on the University’s campus because it serves as a forum to support fellow students and admire the multitude of talents this school holds.

“It allows us to see what U of I has to offer. Yes, we’re known for our academics across the nation, but also we do have students with various talents and we would like to showcase that,” said  Deja Gardner, president of the Central Black Student Union.