Whose birthday is it anyway? Students share a 21st birthday with Unofficial 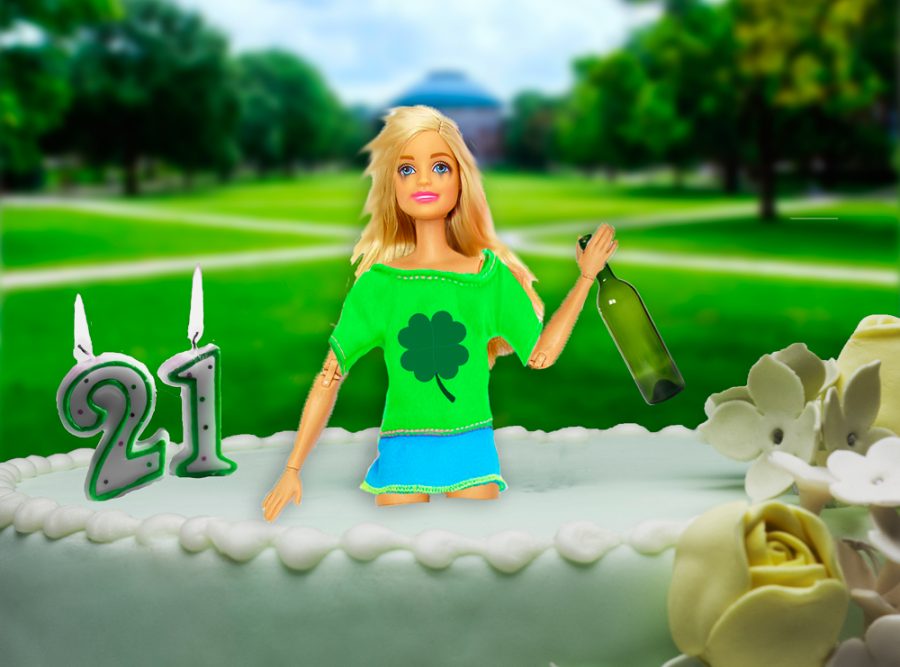 When Sarah Womack sat down in chemistry lab freshman year, she learned an unexpected fact from her TA  — her 21st birthday would fall on Unofficial’s 21st birthday.

“I thought that was pretty cool. It’s a story I can tell my kids,” said Womack, now a junior in LAS. “On the other hand, I’m a little concerned.”

Unofficial, short for “Unofficial St. Patrick’s Day,”  was coined in 1996 because St. Patrick’s Day fell on spring break when students were off campus. Over the years, the drinking “holiday,” which is not sanctioned by the University, gained notoriety throughout the community and even the country.

Some students skip class and start drinking early in the morning, and others visit from other schools around the Midwest to join in on the festivities. Last year, the police gave out 160 tickets, and 21 people were sent to local hospitals for alcohol-related reasons.

Two years later, Womack is gearing up for her joint 21st birthday celebration with Unofficial. But, the initial excitement she had freshman year has waned.

“I’m like, what am I going to do? I’m not going to get a specific party for my birthday,” she said.

Womack explained that many friends already have plans for the day, making it hard to celebrate her birthday. The legal age of 19 also goes up to 21 at local bars like KAM’S and The Red Lion on Friday, so friends who are underage will not be allowed in with her as they normally would.

Courtney, junior in Education, is also turning 21 on Unofficial. She did not know it was Unofficial’s 21st, but she still shared some of Womack’s concerns.

“I’m a big birthday person, so I kind of like all the attention on me, and I feel like other people are going to be having a good time — well, I always want people to have a good time — but I feel like people will be preoccupied with it being Unofficial and not my birthday,” Courtney said.

Courtney also worried that her younger friends couldn’t celebrate with her at the bars, which is why she decided they will also go out the night before. Then, on Unofficial, she can go to the bars with her boyfriend who is already 21.

Courtney’s friend Ali Bowers, junior in Education, does not turn 21 until May, but she still thinks it’s great that Courtney’s birthday is on Unofficial.

“We figured we’d just get both parties done in one day,” she said. “We’ll make the most of it.”

Bowers is also making sure that Courtney’s party the night before is all about her. She has been buying party supplies in her favorite color.

“She is a huge princess, so she only likes things that are pink,” Bowers said. “Nothing green, because that’s not her.”

Despite the distractions of Unofficial, Womack still plans to have a great 21st.

“I’m going to go to class, and then my roommate and I are going to go out to the bars in the evening.”

Courtney is making the most of sharing her 21st birthday with arguably the booziest holiday in the Big Ten.

“I’ll wake up probably really late because I’ll be hungover, and then I want mimosas. And then we’ll go out again, and I want Burrito King.”