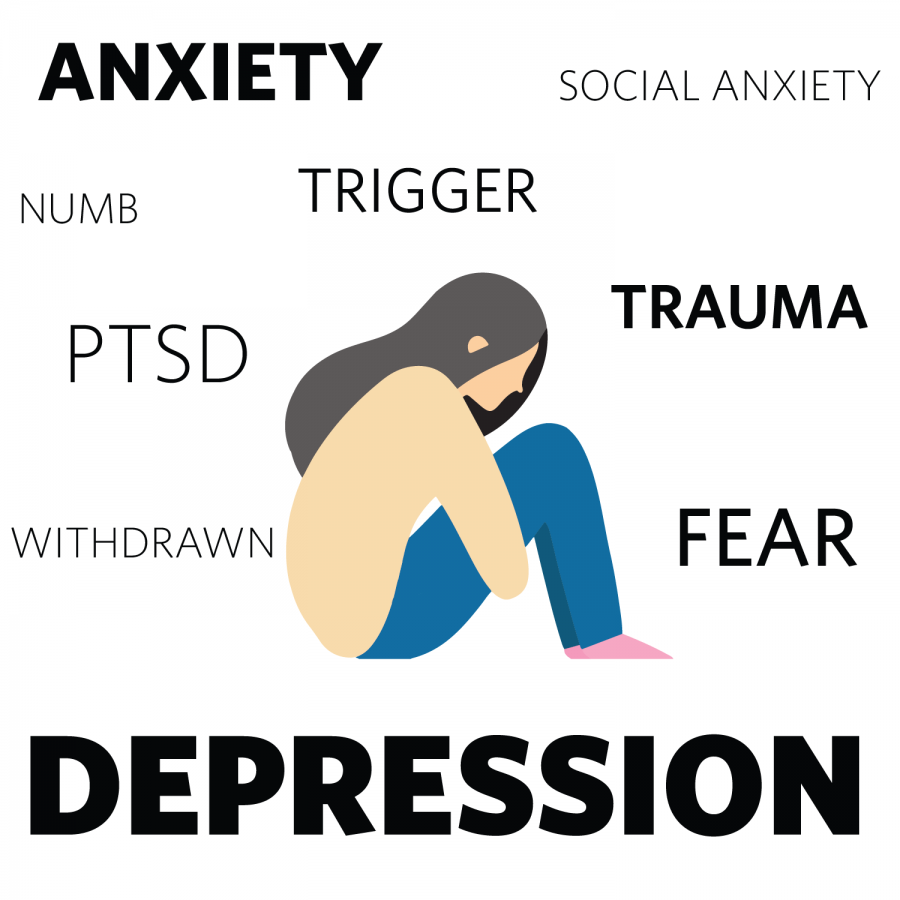 Sexual assault can be a traumatic experience for anyone, especially during one of the most developmental periods in a person’s life: college. Although many people on college campuses are aware sexual assault is prevalent, they are sometimes not aware of the deeper effects sexual assault can have on a person.

As part of Sexual Assault Awareness Month, Robyn Gobin, Anita Hund and Sarah Colome are taking action against sexual assault through their positions at the University and encouraging students, faculty and staff to help.

One way Gobin has taken action against sexual assault is through her research as an assistant professor in the Department of Kinesiology and Community Health. Since her studies at the University of Oregon in 2006, Gobin has conducted several studies on select population groups to learn more about the mental, social and behavioral effects of sexual assault.

“What really inspired me to go into the field of psychology was seeing so many people that were hurting in my own community and in my own family, and feeling like psychology had a lot of answers to address some of the most significant health care crises in our country, one of them being sexual assault,” Gobin said.

Gobin also mentioned her desire to be part of the healing process as part of her choice to work with assault victims.

Gobin’s past research has highlighted the mental effects of sexual assault, including disassociation, depression, memory fragmentation and post-traumatic stress disorder. Her studies have also focused on survivors’ ability to trust after an assault, as well as detecting a threat and responding in a self-protective manner.

One of Gobin’s studies, in particular, focused on military sexual assault survivors. She developed an intervention for veterans who experience PTSD from assault. Gobin found that through the intervention, survivors were more likely to stay in treatment before committing to PTSD therapy.

Currently, Gobin is studying the effects of interventions on survivors and hoping  to determine which interventions are most effective for different people. So far, she has found that acceptance and commitment therapy has been very beneficial to women.

“Not only can we test these interventions and see which ones are effective and which ones are not, but then (we can) help to reduce some of the stigmas around seeking mental health treatment and educate people,” Gobin said.

Through studying these groups, Gobin can determine how different groups respond to and recover from sexual assault, which courses of treatment are best for the groups and different stigmas associated with sexual assault.

“Often times, when they experience things like sexual assault, there’s a lot of stigmas associated in certain cultural groups with seeking formal mental health treatment,” Goblin said. “So, people go with distress and go without the help that they need for longer periods of time just because of that stigma,” Gobin said.

Similar to Gobin, Hund, clinical assistant professor and practicum coordinator in the counseling psychology program in the Department of Educational Psychology, has also studied the effects of sexual assault.

Her work focused on the relations between a history of different forms of child abuse, including sexual and eating abuse, as reported by college-aged adults. Hund found child sexual abuse, combined with psychological distress and emotional disconnection, is related to disordered eating.

Currently, Hund is training the counseling psychology doctoral students, where she advises them on their research dealing with issues relating to LGBTQ life and mental health, and sexual assault and abuse.

“Sexual assault prevention ultimately impacts perceptions by helping decrease myths about the impact of sexual assault and typical reactions of people after sexual assault,” Hund said. “This shift can help people be better supporters and more effective bystanders. It can help survivors understand themselves better.”

According to Hund, attitudes and behaviors that can be viewed as harmless, such as ‘locker room talk,’ actually support sexual assault and create an environment where survivors are not believed.

Sarah Colome, director of the Women’s Resources Center, also stresses the importance of telling urvivors that you believe them. This reassurance can often prompt survivors to seek the care they need and confide in a trusted friend or family member.

“Because of the way society talks about this issue, one of the reasons that people don’t report is they’re scared that somebody won’t believe them, which can feel very betraying and really make someone withdraw and not seek out other kinds of support that they might want and need,” Colome said.

The Women’s Resource Center also organizes educational programming to bring awareness to the issue of sexual assault and provides support to victims. The center accomplishes this through programs like FYCARE and I-CARE.

The center also provides confidential advocates to students that provide survivors with information on their rights, options and resources dealing with academics, housing, safety and reporting their assault.

One program the Women’s Resource Center offers is an Expressive Arts for Survivors program, in which participants can take part in a support group that utilizes creative arts and writing to help survivors heal.

One of the things all three women agree on are the common behaviors associated with internal trauma from sexual assault. Some of these behaviors include depression, becoming withdrawn, neglecting to engage in daily activities or activities they once enjoyed, pulling away from loved ones and an increased use of alcohol and drugs.

“The shame inherent in any kind of sexual violence results in survivors who blame themselves. Almost every survivor I have worked with has blamed themselves at least partially for their own victimization,” Hund said. “Additionally, others tend to blame survivors, citing their wardrobe, their behavior, their location for the violence rather than the perpetrator.”

Being a support system for those experiencing trauma and encouraging them to process their assault through counseling is often a good way for the survivor to acknowledge their emotions.

Talking about the issue also takes power away from perpetrators and gives strength to survivors.

“The more we talk about it, the more it takes power away from the perpetrators. Really what perpetrators thrive on is silence,” Gobin said. “Talking about it is saying that this is here, it happens, and sheds a light on people that are out there victimizing people.”