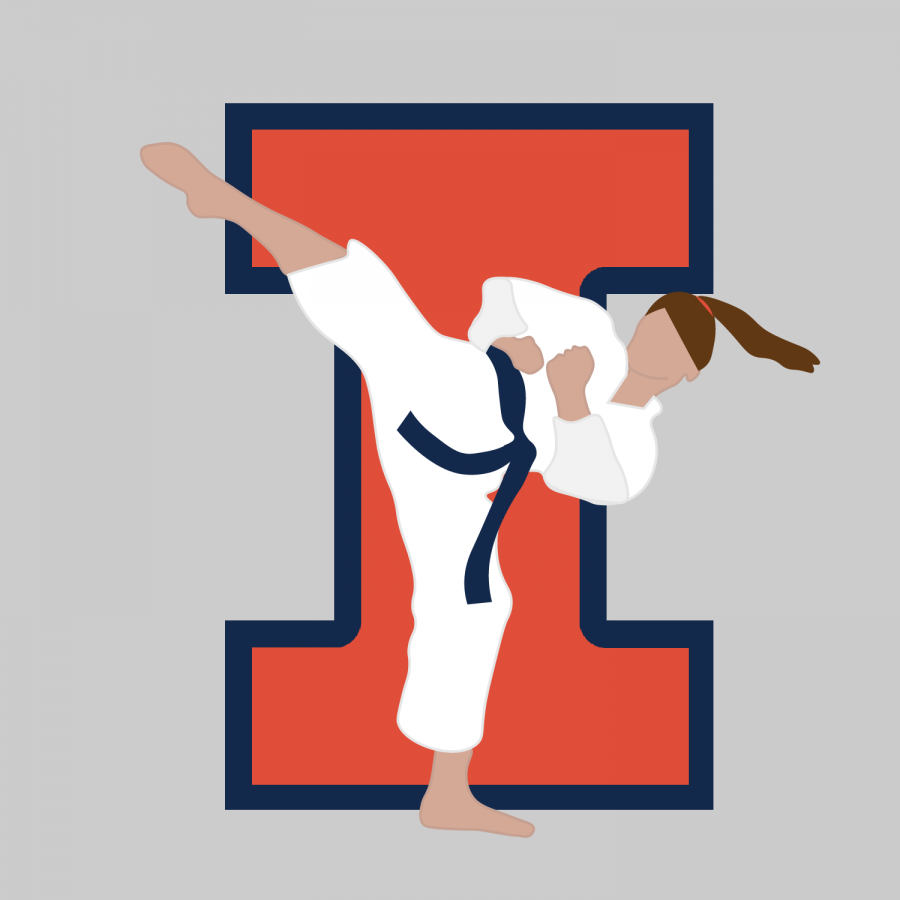 “Hello, ninjas,” is how Blanka Janicek, instructor for the group fitness class BODYCOMBAT likes to greet her class.

The class begins to practice routines involving round house kicks and upper cut punches. Janicek encourages her members as they work through the 55-minute class period.

Janicek is studying for her doctorate in the Department of Material Science and Engineering. She teaches the group fitness classes BODYCOMBAT and BODYATTACK on the side.

BODYCOMBAT is organized through the company Les Mills. The company, based in New Zealand, releases routines and soundtracks every three months to keep things fresh.

The combat routines are designed by a number of mixed martial artists and are choreographed for groups and individuals alike.

For Janicek, those routines are an important part of her day.

“It’s just an hour to be free and be you and just forget it all,” Janicek said. “Think about something so simple as. ‘Wow that hurts and I’m sweating, and I feel great.’”

A group fitness class such as this one can have many benefits, said Kenneth Wilund, professor in AHS.

The social component of the class is a large benefit that could encourage participants, Wilund said. It also is a class with high intensity and incorporates a wide variety of activity in one session.

Wilund explained that in the case of training for something or working to improve performance in a specific sport, this fitness class would be of little help.

On the other end, jumping right into a new, intense workout routine is also a concern. Wilund said this is the greatest risk someone has with a class like BODYCOMBAT.

Neha Pravin Gothe, assistant professor in AHS, describes martial arts as “non-traditional activities,” along with yoga, tai chi, mindful meditation and certain types of dance. That is primarily because of how old many of these forms of exercise and fitness are.

She said yoga has been mentioned in philosophy and the scriptures for centuries. Tai chi and some martial arts have also been around for hundreds of years.

She also mentioned the mind-body connection. Gothe said exercise has helped with depression, anxiety, stress and mood disorders. She also said research into these non-traditional activities is growing.

Janicek  said she enjoys working with the Les Mills program because it allows her to focus on her delivery when she is teaching the class.

This class in particular is a favorite of hers because “you feel very tough, almost like a warrior.”

Irene Andsager, who graduated last December, still attends this class. She said punching is her favorite.

Janicek tries to make the class accessible to people regardless of fitness level. Throughout the class, she will give options for how to make a maneuver or combination more difficult.

“In the end, I just want them to feel awesome, to feel like they’ve kicked butt,” Janicek said.