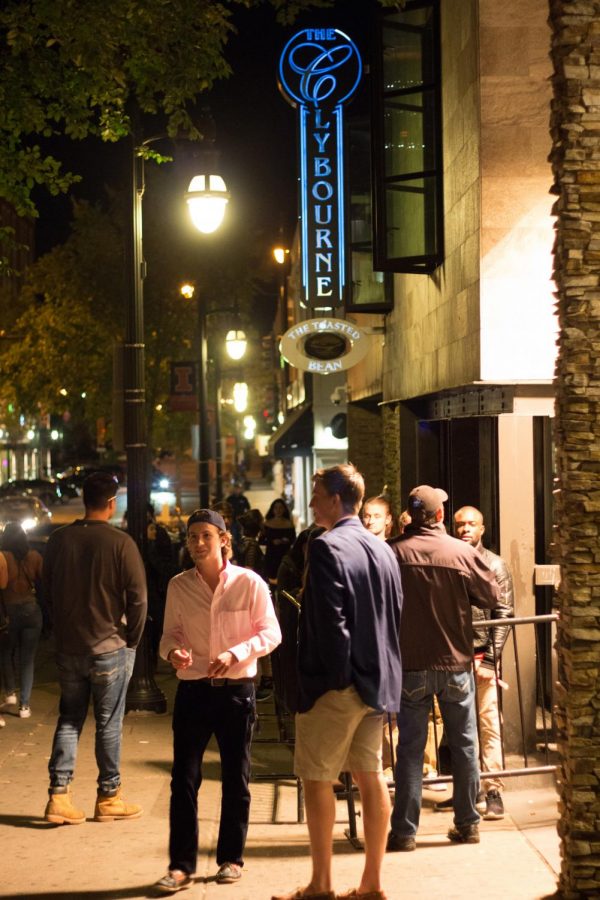 With the upcoming closing of Firehaus and The Clybourne, bar culture in Champaign could change.

When Cly’s and Firehaus close Sept. 4, Champaign will lose two major bars. The buzz among students like Colette Jaslowski, junior in AHS and former Firehaus employee, is what that might do to bar life.

Jaslowski was surprised to find out Firehaus was closing when she received an email notifying them of the closures.

Shelby Kosanovich, senior in Media and former Cly’s employee, had only heard rumors too.

When she found out about the official closing, she said she was shocked and didn’t want to believe it.

“I was really hopeful that it would be a joke or just a s—- rumor … or a prank that someone was trying to play on me,” Kosanovich said. “I did not want to believe it with all of my heart.”

Bella Lindquist, junior in AHS and former Cly’s employee, learned about the closing through other people.

She said there was no direct contact between the employees, owner and managers until later.

“With social media, I feel like everything uproared,” Lindquist said. “It was like KAM’s is closing, Cly’s is taking over and all these things with all the high rises being put up. So I’d say for like a week and a half it was kind of blurry (over the summer).”

Without Cly’s and Firehaus, Jaslowski thinks more students will go to the Red Lion. She said apartment parties might become more popular as well, with people pregaming there before going out.

Jaslowski said people sometimes start their nights at Firehaus or Cly’s before heading to Red Lion. But now that those will be gone, she said people will go directly from apartment pregames to Red Lion.

“I’m sure people will go to KAM’s, but I really think Lion will be the main bar,” Jaslowski said.

Caroline Graham, junior in LAS and Cly’s employee, isn’t sure what’s going to happen to the bar social scene. She said she’s interested to see what happens with cover, drink deals and bar crowdedness after the two bars close.

Kosanovich agrees with Jaslowski that pregames will become more prominent. She thinks they will be longer and people will put more effort into planning them, which might be more fun and a change of pace.

The Illini Inn re-opened Aug. 22, and Kosanovich thinks that will become a popular destination.

“It will be kind of hilarious. I just think it would be fun to have bar pull there more than anything,” Kosanovich said.

Kosanovich said she wonders if daytime parties or other fraternity parties will become more popular with the fewer bar options.

“Since so many people are losing their bar pull … everyone’s going to want to stay at the fraternities or senior houses because the liquor is cheap and you’re able to do that, and no one wants like a $50 tab,” Kosanovich said.

Another aspect of bar life that could change is bar crawls.

“It’s not like people are going to go to KAM’s and then Lion. That’s not a bar crawl,” Jaslowski said.

The main bars, according to Kosanovich, are Cly’s, Firehaus, KAM’s, Joe’s and Red Lion. Joe’s is the only bar in that group not owned by Scott Cochrane.

“I honestly feel like it’s becoming Cochrane University at this point,” Kosanovich said.

Even though Cochrane owns four of the five “main” bars, Kosanovich thinks he will keep the bars’ best interests in mind.

While she worked at Cly’s, Cochrane involved Kosanovich and other employees in aspects of the bar like creating drink deals. She hopes he does the same at KAM’s.

Kosanovich said had she known Cly’s would close, she still would have worked there.

“Overall, I honestly feel like it was such a critical piece of my time at U of I,” Kosanovich said.

“Without Cly’s, I honestly feel like I would be a very different person. I met some of my favorite people on campus and honestly some of my best friends there.”

Jaslowski said working at Firehaus also felt like a family. She didn’t think she would form the close relationships she did with the staff.

Lindquist isn’t too worried about the changes to bars.

“Overall, I think it’s going to be great,” Lindquist said. “Nothing really is going to change, everyone’s still going to be happy. Cochrane employees know how to run a bar.”