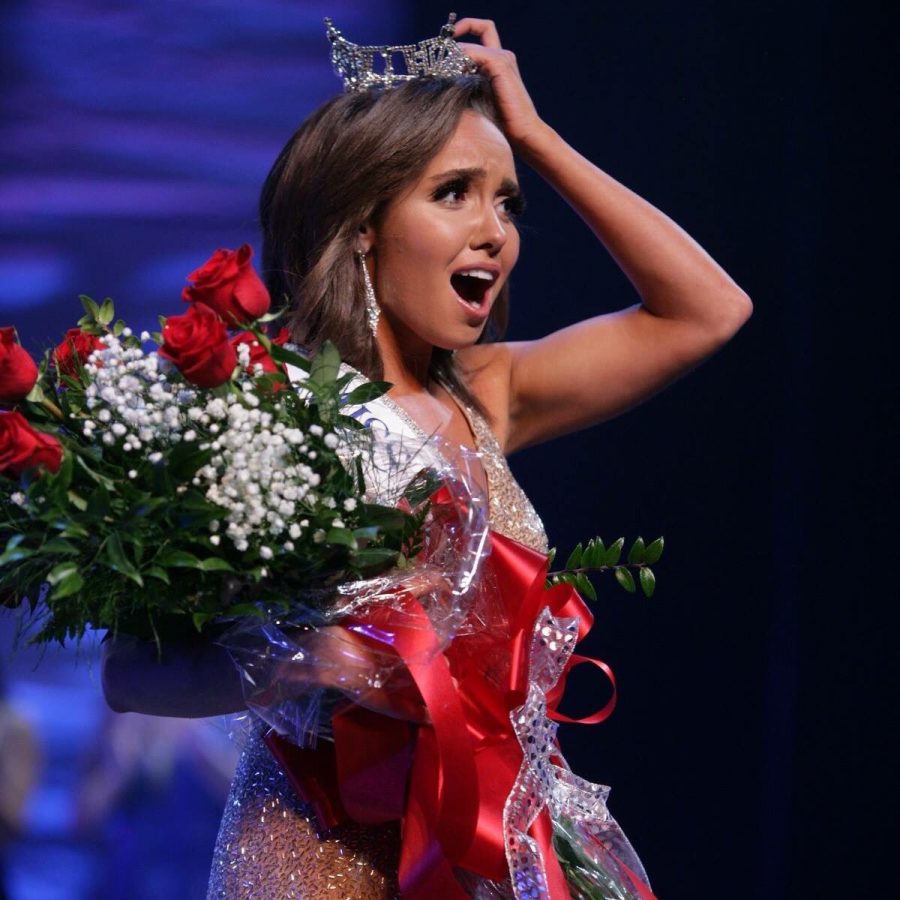 On Aug. 25, Miss Illinois Grace Khachaturian was surrounded by friends and family at her send-off party for the 2019 Miss America 2.0 competition. The next time she will see most of them will be after she competes in Atlantic City on Sept. 9.

Khachaturian, a competitive dancer, found pageantry after suffering a dance injury. Seeking out ways to remain competitive during her recovery, she was drawn to the Miss Illinois organization for its focus on scholarship, service and talent.

She proceeded to win Miss Illinois Pre-Teen — a competition that no longer exists — which was just the beginning for Grace.

She was crowned Miss Illinois on June 9 but had been training for months before. However, Khachaturian was adamant about keeping her pageantry pursuits under wraps.

“Expectations (from others) is the barrier to get rid of once you put it in place,” she said. “So I wanted to reserve those expectations just for myself and not really create that around me in my day-to-day environment. I wanted to keep the focus on just being the best that I could be.”

Khachaturian’s sorority, Chi Omega, had another Miss Illinois contender: Miss Springfield Addie Ippensen, senior in Media. Girls from the house went to the competition to support both sorority sisters.

“Everyone was rooting for Grace and Addie, and I actually feel like it’s a testament to the type of house we are on campus,” said former Chi Omega president Kelsey Linnig, senior in Education.

Leading up to the Miss America competition, Khachaturian’s day-to-day life is split between Miss Illinois duties and Miss America training. Friends like Linnig help her sustain a sense of normalcy.

Recently, while at the sorority house, Linnig warned Khachaturian that girls might ask a lot of questions.

“She was like, ‘I don’t even think people know I’m Miss Illinois,’” Linnig said. “So she’s also a little bit oblivious to the fact that all these people, who might not be her best friends, are still supporting her. She’s a little bit of a local celebrity.”

The Khachaturian family is also relatively well-known in the C-U community.

Stevie Jay’s morning show will be live from Atlantic City the week leading up to the competition.

The close-knit family and their faith has been a strong support system for Grace while she rigorously trains. Christian, senior in Engineering, even adopted her regimented exercise and nutrition plan as a form of support.

The two usually go to the gym for two hours of cardio followed by an hour of lifting. A typical meal consists of a lean protein, cauliflower rice and asparagus. This is the health plan Khachaturian follows even without the swimsuit portion of the competition.

In the wake of the #MeToo movement and controversy with Miss America’s former CEO Sam Haskell, Miss America 2.0 is the organization’s attempt to rebrand the competition with a larger emphasis on participants’ achievements and goal-setting. This is the first year without the swimsuit or evening gown portions of the competition.

Grace said she thinks the Miss America changes are positive, believing it makes the competition more inclusive and empowering for women.

The preliminary competition spans Sept. 5, 6 and 7. The Sept. 9 televised broadcast will be the final night, where judges will have already narrowed down a field of 51, to anywhere between 10 and 15 contestants.

Regardless of the outcome, Grace will be postponing her senior year to fulfill either her Miss Illinois or Miss America responsibilities. She cites the University as one of her biggest supporters, having had mock interviews with various professors who offered feedback.

“This has taken a lifetime of polishing and refining to compete on the Miss America stage,” she said.

She will pay homage to the University at the Show Us Your Shoes parade, where she’ll be donning a custom-made orange and blue Wonder Womanthemed costume.

In post-pageant life, she said she is not certain about her career path. Grace is drawn to pursuing a higher education in social entrepreneurship and continuing her social impact initiative, YOU Matter: Mental Health Education for Our Youth.

While she hopes to remain involved in Miss America by bringing a local competition to the C-U area one day, Grace is maintaining perspective and enjoying the moment.

“This is not my sole purpose in life,” she said. “Just one season of it, which is the sweet part of it.”