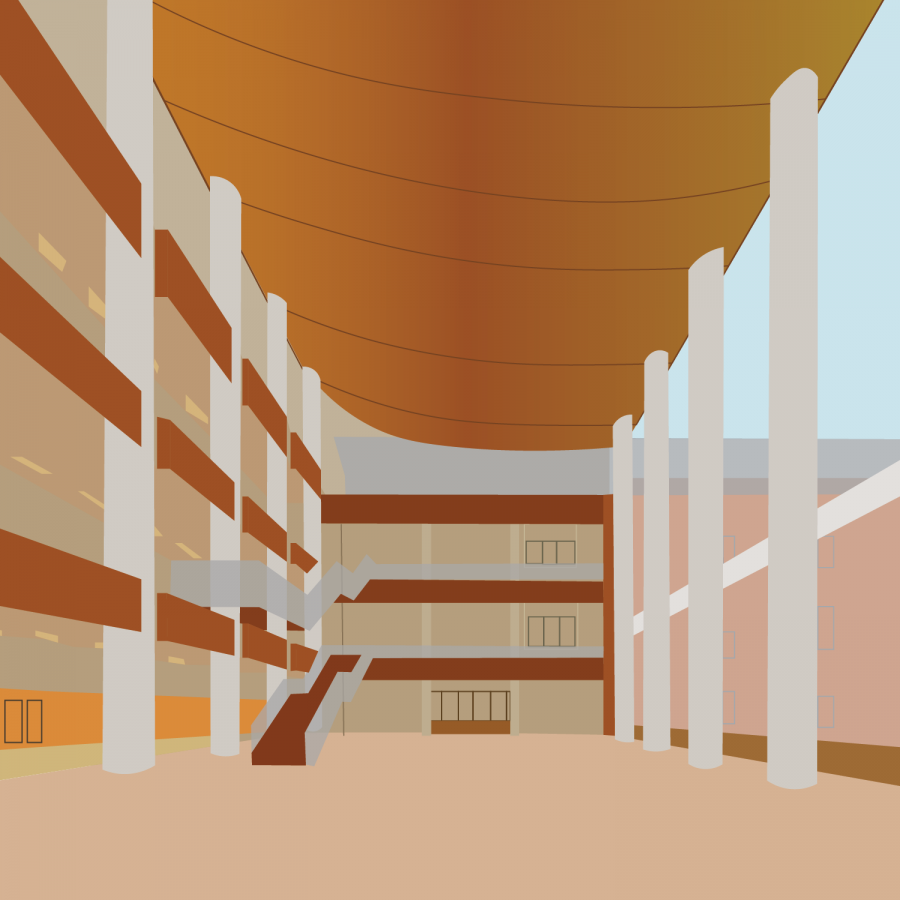 Most people have some sense of “empty.” That rings especially true among driven business students who are trying to fill a void, Parham Parastaran, University alumnus and mental health advocate, would say.

Parastaran released his memoir, “Perfect Pain,” this past June after selling his multi-million dollar Car-X franchises. The memoir, a detailed look at his drug addiction and his own mental health, is an effort to help others reflect on themselves and find areas for improvement.

A growing issue, he said, is that people in competitive fields fill voids with extreme coping mechanisms, whether that be excessive exercise, constantly working or resorting to some kind of substance abuse.

“There’s a mental health crisis in the U.S,” Parastaran said. “The University needs to talk about it.”

A 2017 American College Health Association survey, studying 61,000 students across 92 schools, said 61 percent of students felt overwhelming anxiety and 40 percent felt depression from school, which made it hard for them to function normally.

Parastaran regularly speaks to students at the Gies College of Business but currently only discusses business in relation to what he refers to as a mental health crisis. He’s hoping he can gain some traction into allowing discussions on mental health in the classroom.

“The same way we invest money in going to seminars or invest time and money into exercise, (you should) invest money and time into taking care of your mental health as well,” Parastaran said.

A 2017 study from the American Psychological Association said work is the third most common cause of stress among Americans but doesn’t single out a specific field.

Overall, it’s the University’s job to “produce students the best it can to function and contribute to the world,” he said.

“College is not designed to be stress-free; some stress is to be expected,” Jackson said. “The role of our advisors and those of us privileged to lead the College is to help students manage their stress so they can thrive academically and grow personally.”

The role of stress in the business school is something Parastaran knows is necessary.

“Push yourself in whatever career you want to do,” he said. “But do it comfortably and sustainably.”

Parastaran graduated with his Bachelor’s degree in 1994 and from an Executive MBA program in 1999. If you looked at him on the outside, Parastaran was doing pretty well. He emigrated to the United States from Iran when he was nine, owned 16 Car-X locations, had two degrees, earned a pilot’s license and was a former local tennis coach.

But to Parastaran, he was constantly trying to keep his edge. He was kicked out of the University his freshman year (a fallback from partying) and had to take 20 credit hours through Parkland one summer to be accepted back. He was dealing with childhood traumas and left without the family support he needed.

Eventually, it led to him using a $1,500 dollar a week cocaine habit to help numb his pain.

“My No. 1 goal was to make as much money as I possibly can,” he said, a way to find an edge from his busy work life.

It wasn’t a single moment that led Parastaran to the decision to sell his company and shop around his memoir but an accumulation. Most importantly, he realized he was in search of a simpler life and wanted to find stronger self-awareness.

And now, Parastaran is hoping to help others succeed in both business and self-care.

“If you want to be a great businessman, you’re going to be better if you’re psychologically a little bit more healthy,” Parastaran said.