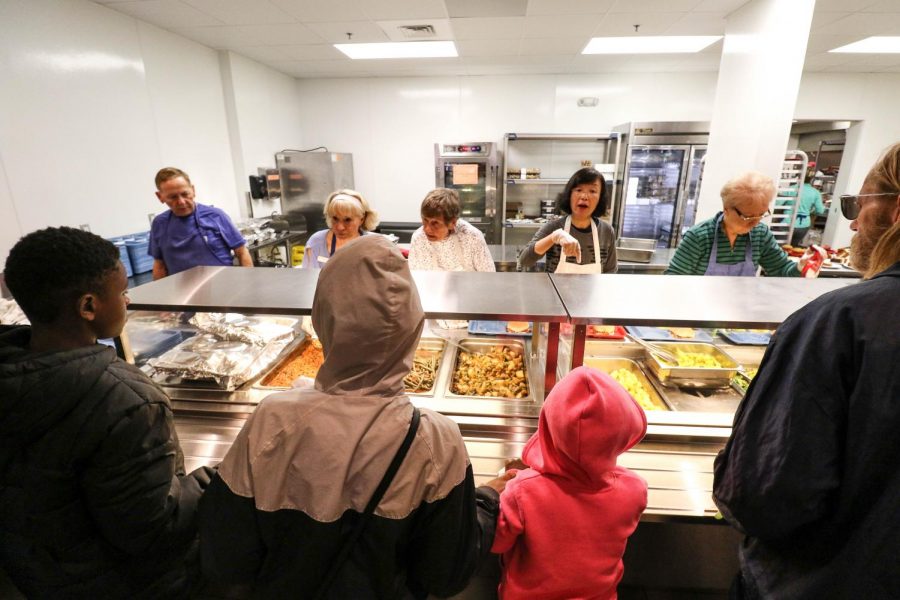 The issue of food insecurity focuses on people who do not have easy access to affordable and nutritious food.

Craig Gundersen, professor in ACES, has spent his career conducting research on national food insecurity. He suggests students at more prestigious universities should not be the primary population of focus.

“(Food insecurity) is a very small proportion of the University campus, maybe 2 to 3 percent, so it’s a very small amount if you compare it to other groups in Champaign County,” Gundersen said.

Gundersen acknowledged there are some students who may suffer from food insecurity; however, University students are at a lower risk than other populations overall.

According to United Way, anon-profit that fights for financial stability, of Champaign County, over 33,000 residents experience some level of food insecurity. Volunteer Coordinator of the Daily Bread Soup Kitchen, Lynn Hall, knows food insecurity is not only a growing issue but a hidden one.

“When Daily Bread first opened, it started in a small place, and they used to serve just 50 people,” Hall said. “Now, we serve 180 folks on any given day at the beginning of the month, and toward the end of the month you see upwards of 230 to 250 people.”

Hall believes food insecurity is often misunderstood as being only for people who are jobless, homeless or below the poverty line.

In fact, Gundersen believes if we want to talk about campus food insecurity, we should focus attention toward people working at the University.

“We should be paying closer attention to the people who work in the cafeterias, the janitorial staff or our support staff,” Gundersen said. “These people are at much higher risk of food insecurity. Why aren’t we talking about support staff making $10 an hour? They’re the ones at greater risk.”

Still, University Place Christian Church campus connector Jessica Delost believes food insecurity is a prevalent issue, however, it is hidden underneath the reputation of the University.

A major part of this issue, Delost said, is most people assume a majority of people at the University come from Chicago suburbs.

“My experience at the University is that there’s this expectation that you probably come from the suburbs or your parents are helping you in some way or another, and it just seems like a subject that students don’t talk about,” Delost said.

And for those students who fall within Professor Gundersen’s two to three percent — the ones who aren’t from the suburbs and don’t have familial support — Delost says you might be able to find them at the UniPlace weekly community dinners.

“We have, let’s say, 120 people who come to our weekly community dinners.  I would say at least 20 of those people are students,” Delost said. “We have a pretty consistent number of students.”

When it comes to the University itself, Lynn Hall believes  the money and prestigiousness of the University could be used to help both students and staff.

Professor Gundersen also wants to emphasize the importance of government programs and local food banks as a tool in the fight against food insecurity.

“SNAP (Supplemental Nutrition Assistance Program) is critically important in our efforts against food insecurity, and we need to make sure that this program becomes even better,” Gundersen said. “I also think we need to recognize the critical role that food banks across the country are playing in combating food insecurity.”

Whether or not it is a large issue, Delost believes students can and should be involved in working within the community to combat food insecurity when it presents itself.

“Our UniPlace community dinner, literally, wouldn’t exist without students,” Delost said. “Although we have the funds to purchase the food, we work directly with student organizations to make the dinner happen. Without student volunteers, we wouldn’t have a dinner.”