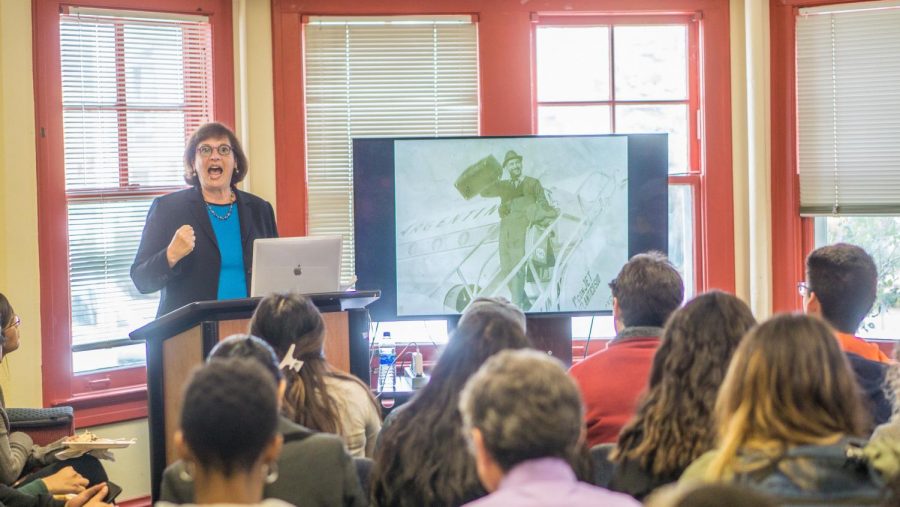 The Latinx Resilience Network, founded in 2014, provides resources for Latinx students in many areas of their lives. With a rise in mental health awareness in the University population, the network has decided to start implementing workshops that focus on Latinx mental health.

Assistant Vice Chancellor of Diversity and Academic Inclusive Excellence Dr. Gioconda Guerra-Pérez  was previously interim director of La Casa Cultural Latina. Guerra-Pérez defined the goal of these workshops and the Latinx Resilience Program as tackling mental health in the sense of educating students about the issue.

“It is important that they learn to identify that some of the things they were going through and some of the experiences they were having were actually related to mental health, and there is nothing wrong with them,” Guerra-Pérez said. “Things like stress, anxiety, not sleeping; they were impacting them in their academic success.”

Dr. Alicia P. Rodriguez, academic adviser and administrative coordinator for the Department of Latino/a Studies and one of the founders of the Latinx Resilience Network, said the resources provided at the time were not doing enough for students.

So, she and her colleagues decided to build a peer-modeled network, with students themselves being creators and facilitators of the dialogue on mental health issues.

“We started out with a class that we offered in the spring of 2013 on Latino mental health and resilience, and then it was offered every spring,” Rodriguez said.

“Students are not trained to be counselors,” Rodriguez said. “That’s not the point. Students are trained to learn about mental health issues and to be resources for other students and guides to the Counseling Center.”

In terms of the Latinx Resilience Network initiatives, Guerra-Pérez said within the four years the program has been in place, there have been some very successful workshops.

During the week before finals last December, the Latinx Resilience Network created a workshop with animals to show how to use them as a “source of comfort” while under stress, Guerra-Pérez said.

“We had to move the workshop that was originally at La Casa because on Facebook, around 200 (students) said they were interested and around 100 actually said they were attending,” Guerra-Pérez said.

This has been one of the most well-attended workshops of the program.

“We also bring people from NYU or the University of Chicago to speak because these are well-recognized scholars in this area, which brings people to come learn about their experiences,” Guerra-Pérez said.

Alejandro Gómez, clinical counselor, assistant director and Latina/o outreach chair at the Counseling Center said the idea of the program was to foster Latinx success and retention on campus.

Aside from hosting hours at La Casa, Gómez is frequently involved in outreach efforts and helps coordinate some of these workshops.

“We have multiple outreach and prevention teams here at the Counseling Center that can collaborate with one another and approach us to present on a topic like eating disorders and awareness of alcohol and other drugs in the Latinx community,” Gómez said.

One of Gómez’s most recent workshops was called “Healthy Relationships” and took place at La Casa’s “Lunch and Learn” Thursday series, which Gómez said focused on healthy relationships in general and how they are applicable within the Latinx community.

For this specific workshop, multiple mental health outreach groups collaborated to provide a well-rounded perspective on the topic.

“My colleague, whose specialty is trauma, came at it more from the trauma and relationship aspects of the topic, while I came more from the Latinx perspective of it,” Gómez said.

Gómez further explained the roles of students in developing and maintaining the program.

There are student workers at La Casa who lead workshops, as well as student ambassadors at the Counseling Center, in the form of graduate assistants or counseling paraprofessionals, Gómez said.

“What’s really nice about it was it built a community of self-care where students were looking out for each other very intentionally and very openly,” Rodriguez said.

There is also a certificate available to students that requires them to attend at least four workshops throughout the year, providing good incentives for individuals to receive that kind of education, Gómez explained.

A reason these workshops have been encouraged and successful is because the Latinx community faces many specific challenges that have the potential to negatively impact their physical and mental well-being.

“In terms of culture, the way we see these things is not so much a taboo, but we just don’t talk about them,” Guerra-Pérez said. “Because of our resilience, because we have been able to accomplish so much, how is it that stress is going to keep us from going?”

“We’re very family-oriented and we’re very tight-knit in terms of especially mental health issues,” Gómez said when discussing the Latinx community as a whole. “Family members will usually say, ‘Don’t share your business with anybody else outside of the family, use prayers, use clergy to take care of your issues instead of mental health professionals.’”

“What happens in these cases is that students don’t seek out mental help when they need it,” Rodriguez said.

For this reason, the leaders of the program, who also understand these limitations, try to encourage seeking out available resources.

Along with these cultural issues, Gómez said another important focus is the increasing number of Latinx students being accepted into STEM programs, who can feel isolated because there are not a large number of other Latinx students in these programs.

Rodriguez said students can feel a lack of self-belonging because of issues brought up on campus, including anti-immigrant sentiment.

“Undocumented students are affected at probably a different level than the regular population when it comes to stress and anxiety,” Guerra-Pérez said. “That fear of deportation, that fear of being detained, that fear of being sent back to a country that they might not know because they have been here for 10, 15, or 20 years, really affects them emotionally and physically.”

On top of this, Guerra-Pérez explained that many students work 30 to 40 hours a week, in addition to being full-time students.

“They not only receive financial aid from school, but they have to work to support their families back home, and they need that money,” Guerra-Pérez said.

While the Latinx Resilience Program has shown much growth throughout the past four years, all three leaders of the program believe there is room for improvement in various aspects.

“The program could be replicated through other services that we provide on campus,” Guerra-Pérez said. “Being conscious about the group that you’re working with helps to provide a different workshop so that the students don’t feel that the speaker is not actually speaking to them.”

Along with this, Guerra-Pérez feels it is important to educate the campus as a whole on how mental health is viewed differently by various communities in order to create a culture of understanding.

Gómez addressed the importance of advocacy work from everyone around campus.

“I always try to push individuals to be part of the community in the sense that they can definitely identify as allies and not necessarily part of the culture directly,” Gómez said. “You don’t have to identify as Latinx or Latino/Latina to talk about these issues.”

Gómez also likes to participate in outreach efforts in all areas, including outreach for African American and international students as well as other marginalized populations.

“By reaching out to other populations, we can realize that mental health issues are something that all students, regardless of race and ethnicity, deal with,” Rodriguez said.

Overall, most of the leaders in the Latinx Resilience Network agree that a change in mentality regarding social justice and mental health should occur, as they are essentially one and the same.

“It is rewarding to know that we were part of their journey here,” Gómez said. “To hopefully have influenced them for the better and lent a certain part of their success and their story of being able to graduate after four years.”