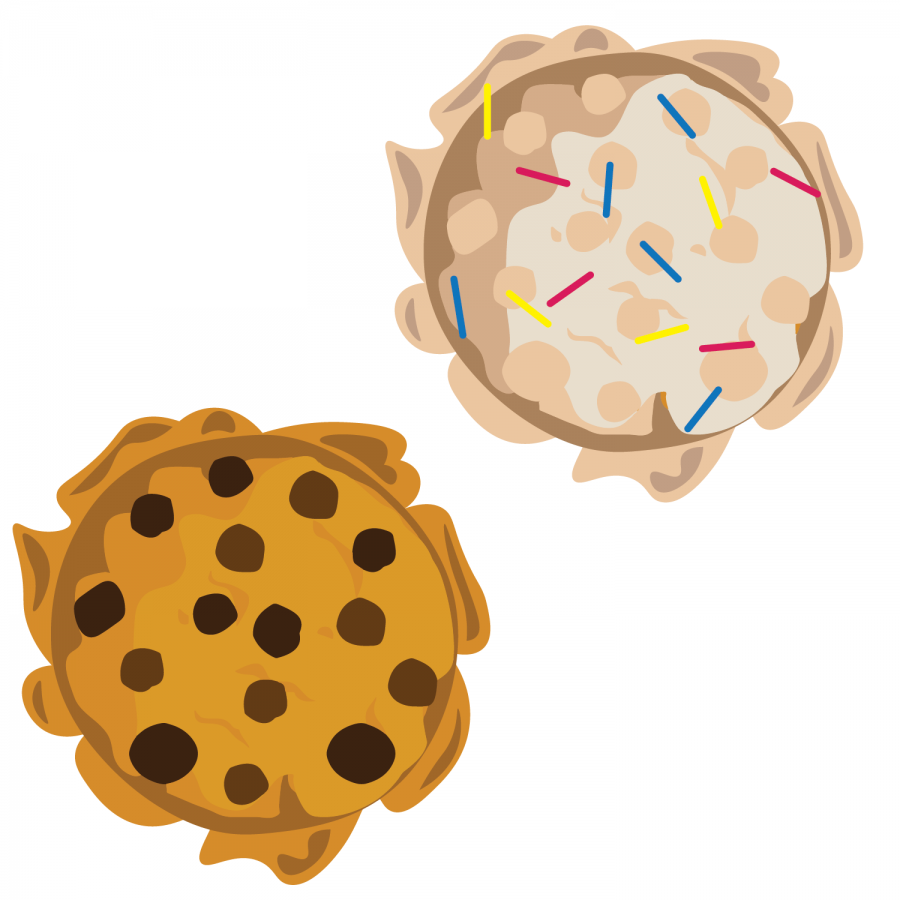 For as long as she can remember, Allyson Kamrat has wanted to help people. Little did she know it would be through a sweet treat: cookie dough.

In high school, Kamrat, sophomore in LAS, noticed some students went without food when they went home for the weekend. She decided she wanted to do something about that.

“I became really interested in starting up a food service at my school for the kids that didn’t have meals for when they went home for the weekend,” Kamrat said. “In my high school, roughly three out of 10 students were considered below the poverty line or were getting free or reduced lunch.”

Surprised by these numbers, Kamrat went to her school’s administration to think of ways to help the students who didn’t have food over the weekend.

“I had been watching the BuzzFeed Tasty videos,” Kamrat said. “I felt like there was something worth working with the cookie dough video I had watched. I tried my own recipe, started jarring it and taking it to school, had people try it.”

Kamrat’s cookie dough treat was a hit with her peers. For $4 a jar, people could buy the cookie dough, and all of the proceeds went toward buying food and supplies for students to take home over the weekend.

She was combatting this food insecurity at her high school with cookie dough.

This method of fundraising turned into a student-run organization that she called “Food for Thought.” It raised over $1,000 for these meals within weeks.

These high school experiences proved useful to Kamrat, and she uses her cookie dough skills to continue doing good.

Since the beginning, Kamrat has always thought everyone should have something to eat.

The goal of this “Food for Thought” endeavor and D’Oh Nation is to give back to the community she lives in now, because she said the University community is her home.

“You see the homeless men and women on Green Street day-to-day, and if I can do something to help them or to help other students, I am going to,” Kamrat said.

Kamrat said her hope is, once substantial funds come in, D’Oh Nation will donate 10 percent of its profits to a different organization each month.

Her previous endeavors within volunteering and helping others are proving to be useful.

“I feel like if I can do something, I want to do something. I wouldn’t be doing what I’m doing at all if there wasn’t an aspect of giving back to the community,” she said.

When Kamrat’s boss of two years, Bruce Hink, heard about her ideas for D’Oh Nation and what the purpose of having this mini business would be, he was immediately intrigued.

Hink, the owner of Mia Za’s, knew Kamrat works hard for him at his restaurant, and he was interested in where she would take D’Oh Nation if given the space and opportunity.

“When Allyson brought up the idea of selling cookie dough at Za’s, not to make money for herself, but to finance her helping others, I thought it was an awesome idea,” he said. “I knew she wanted to give back to the community, and I thought that she would be the person to help take on this project. We are really excited and interested in where D’Oh Nation could go and how it can help  people.”

Celine Banach, Kamrat’s long-time friend and sophomore in LAS, can attest to her work ethic and and desire for change that has been apparent for years.

“Allyson designing Food for Thought and selling the cookie dough in high school helped out so many students,” Banach said. “Her work ethic is amazing and she’s not one of those people who has an idea and lets it go. She is the most hard-working person I know. I really do think that D’Oh Nation is going to go places and help a lot of people.”

As far as plans for the future of D’Oh Nation, Kamrat has many.”

A goal of mine is to open a food-pantry delivery service for college kids. They can remain completely anonymous and have access to these resources that aren’t usually given. If D’Oh Nation takes off, this is something that is a huge goal of mine.”