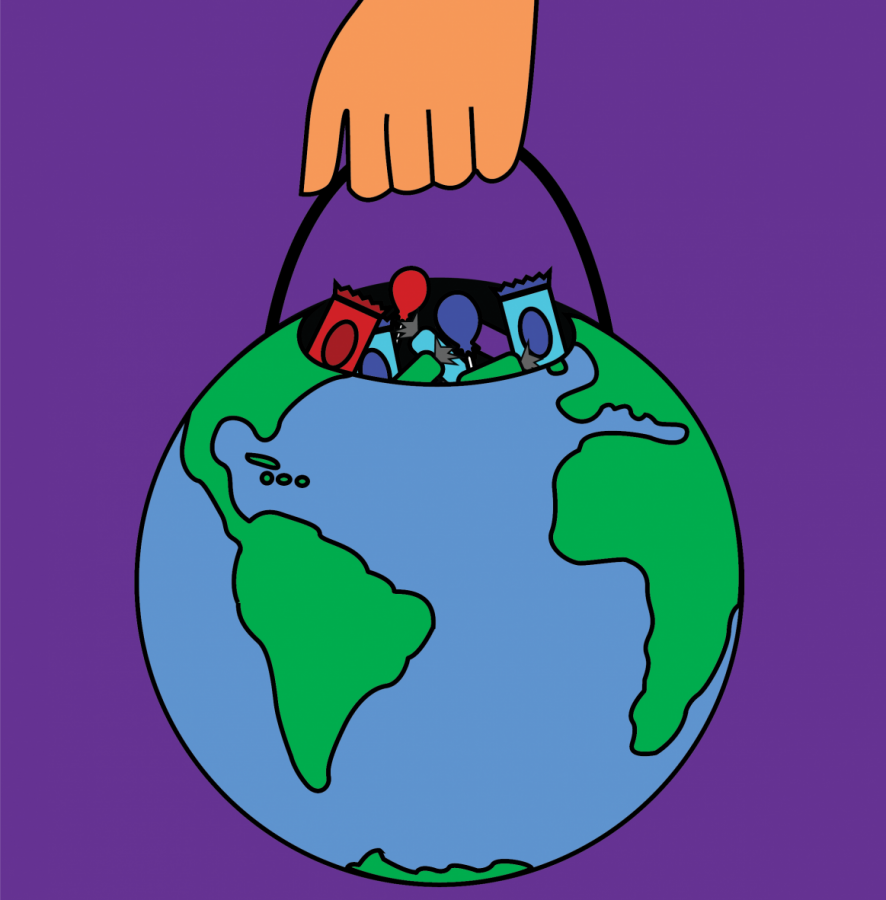 Almost a quarter of the University’s student population consists of international students that come from over 100 different countries. Many experience their first American Halloween while on campus and witness the holiday that has become an iconic aspect of American culture.

Olivia Yang, a senior in LAS, experienced her first Americanized Halloween at the University when she was a freshman.

“We don’t have Halloween,” Yang said, whose hometown is in Shanghai, China.

Traditionally, it tends to be a western holiday that is not as largely celebrated in other parts of the world.

In East Asian countries, they celebrate the Ghost Festival on a larger scale compared to Halloween. Buddhists and Taoists believe that on July 15, the bridge between the lower realm and our own opens to ghosts and spirits, allowing them to visit the living. During this time, celebrators display tables of traditional food, burn incense and pray to their ancestors and other spirits to not do any harm to them.

Ruei Kao, president of the Taiwanese Student Association, believes there are cultural differences that lead Halloween to be less significant in Eastern countries.

Originating from Ireland, Halloween is characterized in America by trick-or-treaters, jack-o-lanterns and costumes.

It was “costumes and scary things,” Ying said.

Both Ying and Yang celebrated this past Halloween at the University by going to a party and diving into the festivities with makeup and costumes.

In Europe, Halloween is celebrated differently, said Tarkan Bolat, senior in Business. Bolat has been to Romania, Austria and is currently residing in the United States, enabling him to witness the Halloween season in different countries.

“How we perceive it in Europe is it’s one day where everyone gets costumes, and you try to be spooky, and it’s basically just a party,” Bolat said. “Everyone goes to clubs and goes out and gets dressed for that. However, in America, every house is decorated, kids are involved in Halloween. The shops are decorated differently, and the products are arranged differently.”

For Bolat, it gives more reason to celebrate.

“I see it as a motivation to party more, especially in that week,” he said.

The Luso-Brazilian Association at the University had its “Festa de dia das Bruxas,” which translates to a Halloween party Wednesday, and included Brazilian candy, games and a chance to learn Portuguese vocabulary.

The Global Engagement Lounge hosted International Candy tasting on Wednesday in the Asian American Cultural Center, to give international and domestic students the chance to indulge in popular American Halloween candies as well as candies from around the world.

Students also have the opportunity to experience the “Day of the Dead” or “Dia de los Muertos” on the day of Halloween. The Day of the Dead is celebrated throughout Latin America and aims to pay love and respect to the deceased with a festive celebration. The event, hosted by La Casa Cultural Latina, features traditional activities such as papel picado (pecked paper), face painting, sugar skull decorating, performances and music.

“It’s a great holiday for people to try something new, to be something they’re not usually,” Bolat said. “It’s a great opportunity for students to learn about culture in the United States and participate in the activities and get involved in pop culture.”