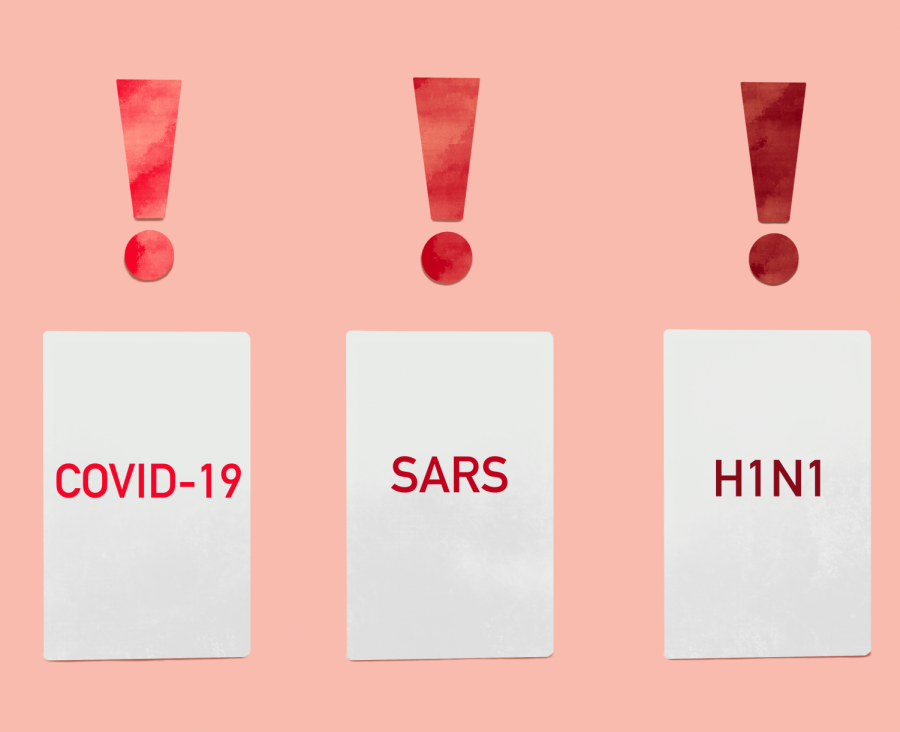 The first email sent out to students regarding COVID-19 was on Jan. 23 as many returned to campus after winter break. The Massmail acknowledged that the University was monitoring the situation, listed protection methods and told students to call McKinley Health Center if they experienced the standard symptoms of the virus. More emails were sent in the days that followed outlining updates on the spread of the virus and how to prevent it. There were no cases on campus, and the Champaign-Urbana area was safe for the time being.

Come March, Massmails flooded students’ inboxes: Study abroad programs required students to leave immediately, RSO events and Illini athletics were canceled, classes were moved online for the remainder of the semester and seniors were told they will be mailed their diploma instead of walking on stage at spring commencement.

The urgency surrounding COVID-19 rapidly escalated the week before spring break, leading the University to eventually shift the remainder of the semester to online classes. However, this is not the first time the University has had to respond to a public health crisis. They had to deal with SARS in 2002, H5N1 in 2004 and H1N1 in 2009.

Justine Kaplan is the Interim Director of the Master of Public Health Program (MPH) and Master of Science in Health Administration (MSHA) as well as a clinical assistant professor in AHS. Kaplan has heavy experience in responding to emergency health crises.

“This has turned into a tremendously different scale of response than SARS and H1N1,” said Kaplan. “SARS and H1N1 did not cause mass shelter in place (or) moving K-12 and college classes online for a few months. That is something new to all of us in the current pandemic, although (there were some similarities) with social distancing (that) happened back in the 1918 flu.”

The University’s response to the pandemic followed the decisions of higher education institutions across the nation to cancel in-person classes and move online. The University announced the shift before any cases were confirmed in the C-U area, which in turn helped slow the spread of the virus on campus. In previous pandemics, the canceling of in-person classes was not necessary. In the last outbreak of SARS, the disease was detected early and controlled. H1N1, albeit the fact that college-aged students were among the population most affected, also did not display the same intensity that COVID-19 is currently showing.

During the 2009 H1N1 flu, at least 500 students from the University were infected, yet campus remained open.

Illinois was not the only campus to stay open during the H1N1 flu, either. Clemson University responded to the pandemic by keeping its community informed through a web page dedicated to the flu’s symptoms and prevention tactics. They provided an online streaming service to view that year’s commencement ceremony, and the only thing they closed was a summer academic camp.

Illinois also did not cancel in-person classes during the last SARS pandemic. However, the University did recall four students who were studying abroad in Hong Kong at the time.

Indiana University of Pennsylvania responded to the pandemic by working with their local hospital and created a SARS response team and operated through the guidance of the Center for Disease Control.

In both of these cases, the disease was controlled through the spread of accurate information rather than canceling classes. Social distancing was not a prevalent term, and the last known pandemic that used this tactic to control the outbreak was the 1918 Spanish flu.

While the advancement of technology has enabled schools to continue educating students remotely, the problems students are facing with this transition are multifactorial: unreliable internet connection, unfavorable working environments, unanticipated added responsibilities on top of school work and misaligning time zones.

“My lab has become very difficult to understand the application through only videos rather than being in the lab and getting hands-on experience,” said Shane Krummick, senior in AHS. “It’s not something we actually address much in our classes, and that bothers me (since) educators should help guide students and give them perspectives and tools to formulate their own thoughts based on factual evidence rather than misinformation.”

Institutions are recognizing that there is a lot stacked against students right now. Many universities have switched to an optional credit/no-credit grading system, including Illinois.

“This pandemic has definitely affected my classes in a negative way,” said Krummick. “Some of my professors have lost motivation and (the courses) have somewhat broken down and aren’t running as well. I think it’s warranted given the circumstances. It is hard to adapt to something like this, especially with how different this situation is in comparison to things we have dealt with in the past. (And still,) my classes have gotten a lot harder (and) the workload has increased dramatically.”

“Professors have been very accommodating, (even though they) are really not obligated to because my classes for the second part of the semester were online,” said McKenzie Macon, freshman in DGS.

Despite all the issues that people are having while adapting to online learning, if COVID-19 had erupted even 10-15 years earlier at the same severity, shifting classes would not have been realistic.

“In other pandemics, moving college and K-12 classes to be hosted online would not have been possible,” said Kaplan. “This is a newly available phenomenon to do at this scale.”