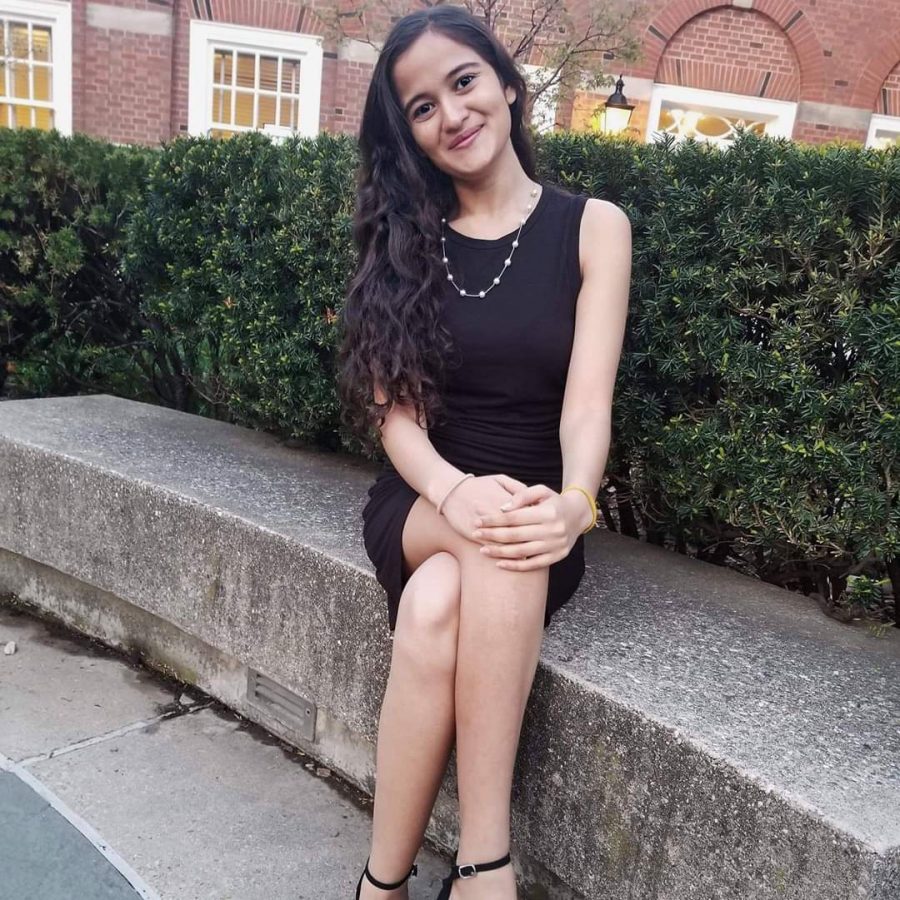 Senior Sudasharna Rao poses for a photo on the University of Illinois campus on May 4, 2019.

Sudarshana Rao, senior in Social Work, found a passion during her freshman year: advocating on behalf of sexual assault survivors. Her second semester on campus, she joined the Students Against Sexual Assault — involved with the Sexual Assault Prevention Department with Illinois Student Government — and took the CARE class to become a FYCARE facilitator.

Now a senior, Rao is the president of SASA, director of the Sexual Assault Prevention Department, FYCARE facilitator and hotline volunteer for Rape Advocacy, Counseling and Education Services. She has spent most of her college career working to support survivors and create change on campus.

With April being Sexual Assault Awareness Month, The Daily Illini interviewed Rao about her work at the University. This interview has been edited for length and clarity.

The Daily Illini: You are heavily involved on campus with advocating for sexual assault prevention. How did you get into this work?

Rao: I got into it when I was first starting out at this University. I took FYCARE because it was required, and when I went, I found that a lot of the values of the FYCARE workshop really resonated with me and gave me an outlet to talk about issues that were important to me, like consent and victim-blaming and sexual assault prevention and supporting survivors. I was just so interested in the workshop that it sparked my interest to get involved. I was an RA my second semester and I was on an all-girls floor. I noticed the number of sexual assault situations that people would disclose to me as an RA, and I found myself supporting those survivors. Through that, I saw how prevalent it was at the University, and I wanted to get involved and do more. I was the director of the Sexual Assault Prevention Department, a member of SASA and taking the CARE class all at the same time. From there, I grew into my positions and learned how student organizations and student activism can really affect change.

DI: What exactly is the work you do in these positions?

Rao: With SASA it’s really whatever my general body wants us to do. We are a survivor-centered organization, which means we are going to listen to what the survivors — who come to our space — want from us. One semester, just at the beginning of the (#MeToo) movement, the SASA general body was frustrated, as many people were, so we really launched into activism that semester. We even planned a rally against rape culture; we marched, we held up the signs, we did all that activism. The next semester, people were just kind of tired and just wanted to chill out, so it became a chill hangout spot for people to come talk about their feelings and decompress. Another semester, people just wanted to learn, so that semester became more about educating people on the different facets of sexual assault and misconduct like intersexuality or rape culture as a whole or examining the intricacies of sexual assault and sex work. The Sexual Assault Prevention Department, on the other hand, is mainly policy (and) change-focused. We are pushing to get University policies changed to highlight certain things and do educational programming. Our primary mission there is to organize and impress change.

DI: What would you say the campus’s attitudes towards sexual assault are in general?

Rao: I’d say that sometimes people think it’s a no-brainer. One time I was at Quad Day with the SASA posters speaking about sexual assault and one guy just said, “Who would be for sexual assault, what’s even the point of your club.’ Nobody’s out there expressly saying ‘I’m not concerned about this,” but I think people assume it’s a given. I think that’s very good for people to assume that of society, but I think that with the stats in college of sexual assault and sexual misconduct, rape culture is still very present. While some people think we don’t need SASA and FYCARE, I want to push back on that a little bit to say that education is there for a reason and it’s necessary.

DI: Could you explain exactly what rape culture is?

Rao: Rape culture is a set of ideologies and values that promote a culture of objectification and promote a culture that does not centralize consent and, in the end, does promote sexual assault and misogynistic ideals in a way. Rape culture is all around us. It’s in the media, it’s on our campuses, it’s ingrained in some of the ideologies of our politicians. On the flip side of that is consent culture, which I think would be good to move towards. A consent culture is a culture where consent is prioritized and people move towards accepting a greater understanding of each other and our surroundings and centralizes survivors and believes experiences.

DI: You mentioned talking about intersectionality with SASA. How does that play into the ways someone should support a survivor?

Rao: Something they talk about in FYCARE is that no one survivor is the same in their needs. Everybody is different in their experience and what they’ll need when healing, especially considering intersectionality and different cultures and different identities. Just know that if somebody is trying to support a survivor, the best thing they could do is really be there to listen. If they don’t know how to relate to a certain culture or sexuality or identity, then the best they can do is just listen to their experience to try and support them as best you can.

DI: April is Sexual Assault Awareness Month, so what should people be considering right now?

Rao: Sexual Assault Awareness Month is online this year, so the Women’s Resources Center is doing an online Sexual Assault Awareness Month and so is SASA. We’re doing art contests every week and we’re doing educational events tomorrow we have an event called #HowToBeAMeToo voter. The fact that we have two men running for the highest office in the land who were both accused of sexual assault, I think that’s very telling where the climate is for survivors right now. It’s a very triggering time, it’s a very challenging time. I think people can be aware of those feelings and be aware of how survivors are being affected by all of that (at) the moment.

DI: Any final words for how people can be involved in this movement either as an activist or a supporter?

Rao: If you are trying to support a survivor, it’s very important to believe them and it’s very important to validate their story. Right now I’m seeing so much in the media, particularly in regards to the presidential campaign, saying “that person was lying,” “that story is fake,” and I would just encourage people to look deeper within themselves when they engage in that radical rhetoric. When you put yourself out there saying that you don’t believe someone’s story, saying you think they’re fake, or even if you make a joke about FYCARE, the statistics about sexual assault on campus are so major and so overwhelming that you probably know a survivor who will see you post it. And when you do that, you’ve just automatically marked yourself as an unsafe person to go to, so I would encourage people to be mindful of the messages they put out there to represent themselves.