Age of politics: electorate get younger, politicians get older 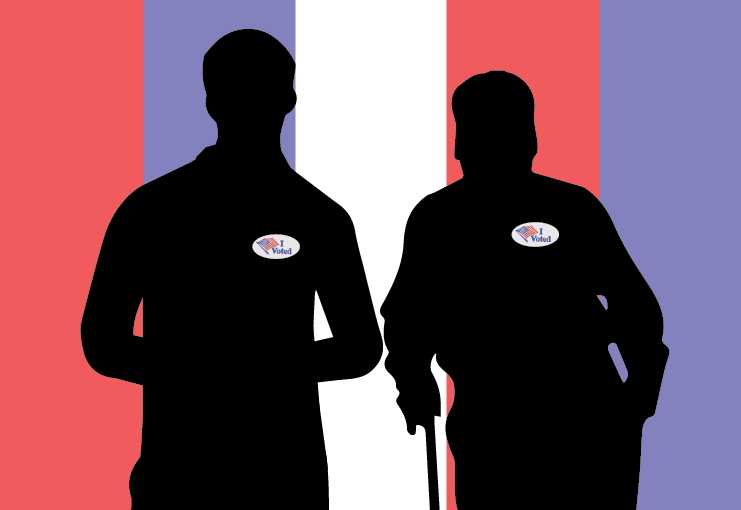 When the 115th Congress began its term in 2017, the average age of its members was among the oldest in recent U.S. history. The average age of the House was 57.8 years. For the Senate, it was 61.8 years.

However, the congressional elections held in 2018 introduced the youngest freshman class since 2011 with figures like Alexandria Ocasio-Cortez, who became the youngest woman ever elected to Congress at 29 years old. Yet the average age of Congress stayed the same.

The young adult voter population has shown low rates of voting the past several years. The polls, however, saw an increase in their participation from 2012 to 2016 and a larger jump from 2014 to 2018, in part thanks to strong initiatives coordinated on places like college campuses.

Hira Khan leads some of these initiatives as the state coordinator for the Campus Vote Project in Michigan.

“I recruit students from campuses and then help them do civic engagement work on campus to get their fellow peers to be more engaged in the democratic process,” Khan said.

This engagement includes town halls, student panels and tabling, working to educate their young peers on the basics of voting. These students cover how to get an absentee ballot, how to register, where polling locations are and more.

Khan said informing these students could be the key to getting a larger voter turnout from this demographic. Whether the problem is missing deadlines or confusion over how to vote by mail, educating these voters can go a long way.

While the students Khan works with never specifically cite the age of candidates as a particular issue they consider when voting, she thinks it could potentially play a part in voter turnout overall.

“Elected officials are running their campaign (and) maybe they don’t target students as being a big population or they don’t necessarily rely on the student vote to be re-elected,” she said. “Therefore, a lot of their policies, while they serve the overall community, they don’t have necessarily specific items that are focused on students.”

Aleksander Ksiazkiewicz works as an assistant professor of political science at the University studying political psychology. This means looking at how people make political decisions and how their political attitudes are shaped.

While he said he does not know of much research looking at age as an identity that could affect political behavior, it may fit alongside the overall idea of descriptive representation.

“Descriptive representation,” he said, “is the question of ‘do the people who represent me in office, do they share social identities with me?’”

These identities could be race, ethnicity, sexual orientation, or, Ksiazkiewicz said, it could be age. Young people looking at the officials who represent them do not see a reflection of themselves.

“It seems plausible to me that that could be a reason why then, at least for some people, they may decide not to want to get involved in politics,” he said. “They say, ‘you know, (it) clearly is not a thing where I’m welcome.’”

Samuel Weinberg, however, has not let the age of candidates, or his own age for that matter, stop him from political involvement.

Weinberg is 19 years old and the founder of the Settle for Biden campaign. He said the mission of this initiative was to get progressives out to vote for a candidate who he said was not the first choice of anyone on the left wing of the party.

During the Illinois primary, Weinberg voted for Bernie Sanders. When Sanders dropped out, Weinberg said he heard many people say Biden and Trump were two sides of the same coin. He decided he needed to help get a progressive case out for Biden, showing he was better than Trump.

Biden, if he were to become president, would be the oldest person to ever be sworn into office. While Weinberg and most of his team are in their late teens, early 20s, he said Biden’s age does not bother him too much.

“I don’t think that the age of the candidates itself is what matters most, I think it’s more their ideas,” he said.

The older generations will not be around forever to shape the politics of America. Younger voters are increasing their participation and younger candidates are taking their chances running for office.

Khan, in working with several college-age students, said a shift may be taking place this year.

“I think that given the large amount of young people who are coming out to vote this year, it’ll be kind of an eye-opening moment to see how engaged young people really are,” she said.