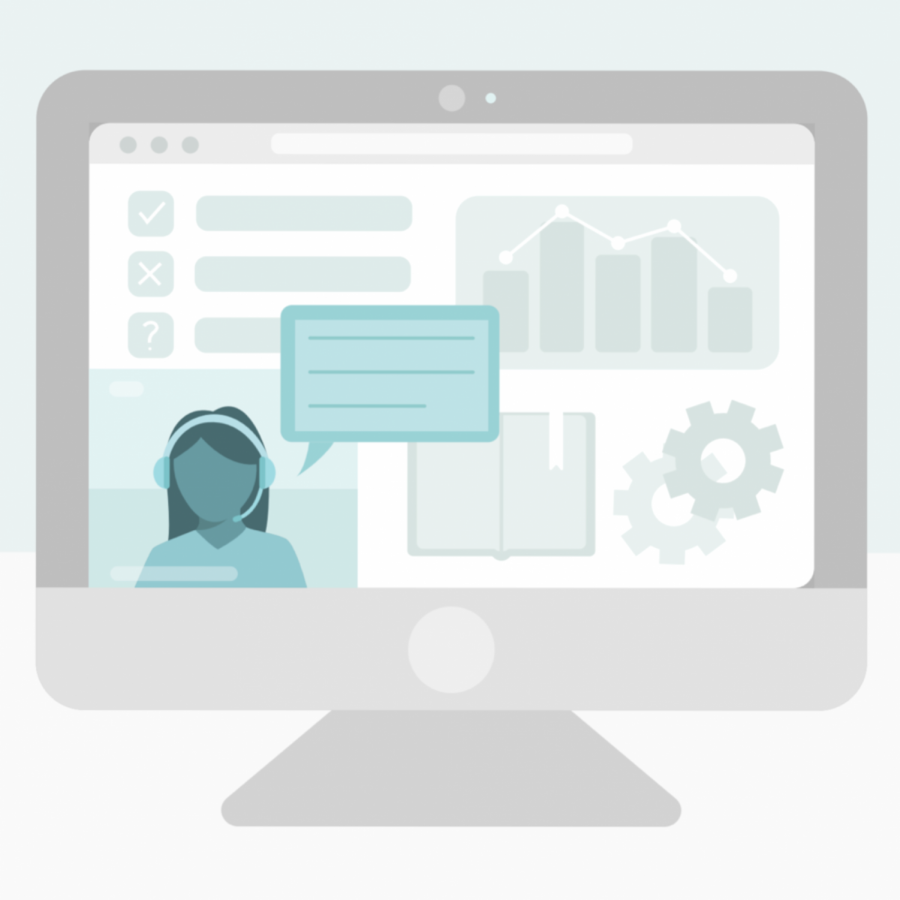 Due to the COVID-19 pandemic, the majority of classes offered here at the University are online this semester. Students have been understandably stressed, with many complaining that they seem overworked, and since this semester has been so difficult for students, many may have not considered how the semester is going for their professors.

Instructors are not immune to the circumstances of the world, which has been the origin of much of the stress that both students and professors have been under. The classes themselves are not what is causing all of the stress, but the ongoing pandemic and prominent social issues of the country.

Geoffrey Challen, professor e in Enginerring, touched on this point. “I think a lot of the stress that’s happening is exogenous, it’s external to the class,” Challen said. “Instructors are affected by all of that as well.”

Peter Abbamonte, professor in Engineering, expanded on this fact and said “A lot of students said it wasn’t just the class, but not being able to see their friends or do their normal stuff.”

Elise McCarren, professor in LAS, mentioned that not being able to see her students has added stress to her life that she was not sure how to control.

“To me, it’s sad,” McCarren said. “I don’t know if it’s sad to other people, but to me it is. I miss seeing students and interacting with them … It’s just hard to not see anybody and be emailing people all day.”

You would think offering the option to attend a class in person would amend this issue, but Abbamonte has used his own resources — money, time and energy — to create the option for his students to either attend his class through Zoom or in person, yet he is still struggling to get his students engaged. He explains that out of his 90 students, only around five ever attend his class in person, and only 20-25 students participate through Zoom.

“I’m not sure what else to do,” Abbamonte said. “The computer part kind of lulls you into complacency.”

He mentioned something he had heard from a student, that “Zoom gives you the illusion of engagement” rather than actually keeping you engaged.

“I care about these kids,” Abbamonte said. “You know, I’m not just doing this for a paycheck, and the lack of engagement from my students has added stress to my life.”

Mitch Fisher, professor in Business, praised his students. “I give a lot of credit to my students for making … the course successful, that they’re participating, they’re doing the work, they’re working hard.”

He gave a lot of credit to the teaching academies that were offered through the University over the summer, one through the College of Business and another through UI itself.

Many other professors offered credit to the University’s teaching academy  over the summer. It helped provide instructors with guidance and resources on how to conduct their courses online this semester, as well as information on the guidelines for online work such as copyright infringement laws.

“I think it was a big help,” said Jeffrey Frame, professor in LAS. He stressed how his biggest concern this semester was to make his class a complete and proper online class, and that the teaching academy helped him accomplish this but not without a bit of extra work.

Frame has been teaching ATMS 100: Introduction to Meteorology for multiple semesters and thus is generally prepared with all of the materials he needs for the class, but he has had to go through the process of putting it online for this semester.

“It’s been a lot more work,” Frame said. “It’s been more like teaching something for the first time.”

Professors have definitely not been exempt from being overworked and increasingly stressed this semester, but added resources and extra help has lessened the influence of the terrifying circumstances of the world.

Of course, these resources helped each instructor to varying degrees. Each course is unique, and thus its problems and their solutions are also unique. Each professor has different problems they face, but each said they hope they can use this semester as a tool to improve their classes for the next semester.

The next semester will be similar. Classes will be held online, and the problems that are caused by this will still be present. Many people will be overworked and stressed out.

“At the end of the day, this enterprise of education is something that we really are all trying to do together,” Challen said. “On some level, a semester like this is a good time to remember that we are all in this together, that we all want the same thing.”