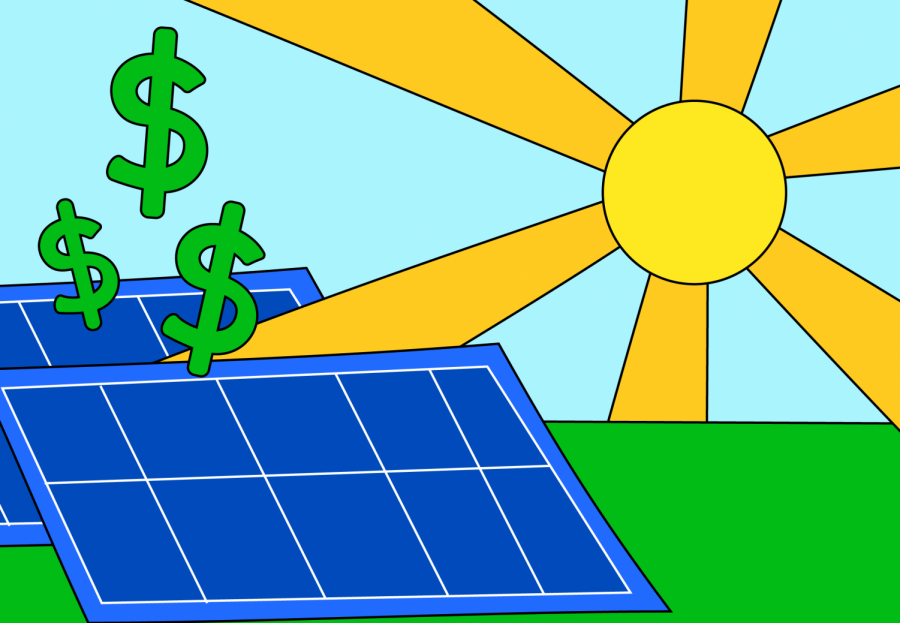 When Bill Rose started consulting the University about the Illinois Climate Action Plan energy efforts, he said there was no plan on how to meet the goal of net-zero emissions by 2050. Now the current co-chair of the iCAP energy team, he said they are creating a plan with the looming 2050 goal in mind.

Over 12 years ago, the University announced its commitment to achieving net-zero emissions in 2050 through the Illinois Climate Action Plan. Since the iCAP was updated in 2020, energy sustainability efforts on campus have remained underway despite COVID-19 challenges and budget restraints.

“Somebody has to face the sticker shock that the goal is going to carry,” said Bill Rose, co-chair of the iCAP Energy team.

The energy team is now creating a Comprehensive Energy Plan to see where the university is and what is still left to be done. Although officials report that the University has decreased its energy consumption by 25% since 2008, some iCAP energy members have doubts about reaching the 2050 goal because of financial constraints.

“We have the target; we don’t have the plan,” Rose said. “No one has generated a dollar figure for how much it’s going to cost to meet the goal.”

Because of suspected budget cuts for the next fiscal year, officials like Morgan White, the co-chair of the iCAP Working Group and associate director at F&S in iSEE, said she suspects it could be harder to continue making progress with fewer available funds.

“The University as a whole is looking at scenarios for budget cuts in the next fiscal year, so trying to continue to make progress when there’s just a tighter budget can be difficult,” White said.

Because the University allocated $270 million toward COVID-19 costs in November, budgets have shifted while the University prioritizes pandemic relief. Funding that could have been put toward sustainability is now going toward the cost of research, COVID-19 staff and widespread testing.

“The energy program on our campus is very, very complex,” White said. “That’s really dependent on funding, and COVID has seriously impacted our funding opportunities.”

With the increased costs of pandemic relief, White said energy consumption is also up across campus.

“We’ve actually had some increase in energy consumption because of COVID and those increases have a direct impact on our funding,” White said.

“Due to sheer volume and versatility of distribution, energy-based emissions occupy a major portion of the university’s efforts toward carbon neutrality,” the University wrote in the 2020 iCAP. “Therefore, curtailing our energy consumption is essential to achieving carbon neutrality by FY50.”

Rose, the co-chair of the iCAP Energy team, has headed recommendations to increase funding toward energy efficiency and conservation. But, as recommendations get made, the University continues to struggle to come up with the funds.

“No one has budgeted or set some money aside to actually meet the goal,” Rose said. “And it’s going to be awfully expensive. It’s going to be hundreds of millions of dollars to meet that goal.”

Although the University has reduced over a quarter of its energy consumption since 2008, the Energy iCAP team said there’s still a lot of work to be done to meet the 2050 goal. As a member of the working group, White said the funding that was recommended would be difficult to come by.

“The Energy iCAP team submitted a recommendation that the University advocate $10 million per year for 10 years which would be $100 million,” White said. “And the U of I does not just have $100 million just sitting around.”

Although major iCAP funding can be difficult to secure, groups like the Student Sustainability Committee work with students, faculty, and administrators to fund sustainability projects across campus.

Although SSC usually has an annual budget of roughly $1 million collected from student fees, Josh Woolf-Senoff, senior and co-chair of the Energy Working Group, said the pandemic seriously impacted their budget, leaving them with roughly half that.

“This year, obviously, has been different and has been impacted because everything has a downstream effect,” Woolf-Senoff said. “There’s less students on campus and there’s less student fees to collect, so our budget was a lot smaller this year.”

Historically, the SSC has focused on funding smaller, student-led sustainability projects. And although Woolf-Senoff said that’s what they prefer to fund as students themselves, he also stressed the importance of the University providing major funding.

“The University is the one that needs to really step up when it comes to creating larger projects and expanding their own budgetary purposes for some larger scale, long-term projects that need to occur,” Woolf-Senoff said.

As the campus community reflects on the progress that the iCAP has made in creating a more sustainable campus over the past 12 years, White said as an administrator she is reminded of how close the 2050 goal feels now.