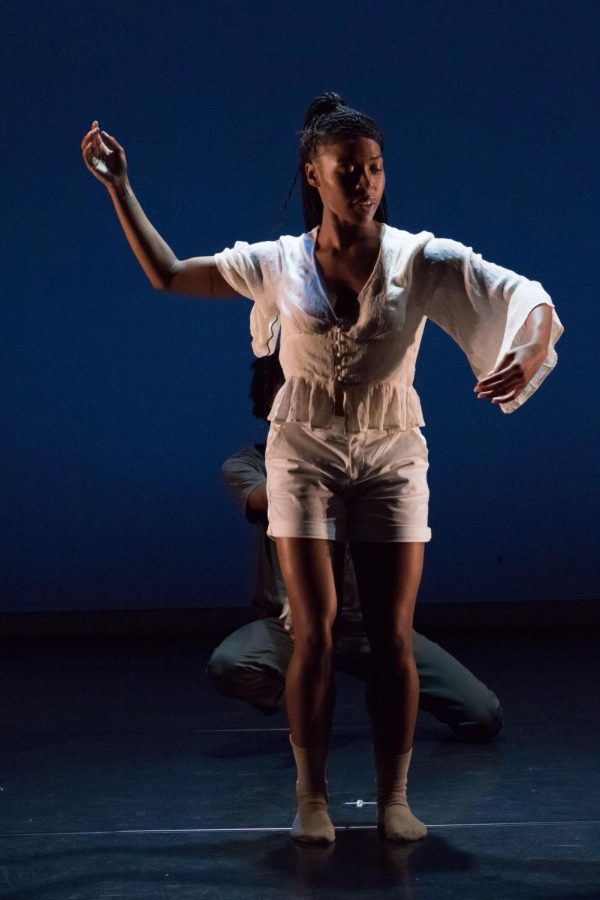 In the wake of the Black Lives Matter movement and the death of George Floyd in Minneapolis, University student Faith Brown said the past summer inspired her to make a change.

Brown, senior in FAA, said she and Masters student Bevara Anderson decided to found the Black Advocacy Team last summer within the Dance at Illinois department to address the feelings of students of color.

“Just seeing the kind of impact it had on the dance community and on us specifically, we really realized that there was a need for communication between the faculty and the students,” Brown said.

Since its onset, the team has held events for students highlighting health and wellness. They have also led conversations with faculty about microaggressions endured within the dance department.

Although students and faculty said the meeting was difficult to have, many said they left feeling like some progress was made.

“I still think there’s work to be done,” Brown said. “I think a lot of people think that inviting people of color is it. But there’s a lot more work and a lot more understanding and educating not just yourself, but other people in the department.”

Jan Erkert, professor and the Head of Dance at Illinois, said when she came to the University in 2006, she didn’t feel like the population in the department reflected the diversity she wanted to see.

“I felt like, this is a state school, we should look more like the state,” Erkert said.

To create a more diverse and inclusive department, Erkert said she follows a three-step approach: “who dances, what we dance and how we dance together.”

Once the Black Advocacy Team held the meeting with the faculty, Erkert said she felt like it was important to open the door and talk about interactions students had with faculty that they didn’t want to repeat.

Especially in dance, Erkert said that being open and honest about experiences is essential for both students and faculty.

“We cannot be fully creative or compassionate beings without addressing this,” she said. “Any kind of racism hurts everybody in some kind of way.”

Bevara Anderson, a second-year master’s student in FAA and the co-founder of the Black Advocacy Team, said she was focused on addressing health and wellness.

Once she held a meeting, Anderson said she heard that students of color were drained after all the events of the past year.

“When we spoke, you could just tell that a lot of people were emotionally exhausted,” Anderson said. “It forced me to realize that not only do I need to be taking care of myself, but I need to make sure my peers are doing the same.”

After founding an event called ‘Do it for me Friday’s,’ Anderson said the entire department voted that it was their favorite event last semester.

From creating socially distanced funk dance routines to a scavenger hunt across campus, Anderson said the events were focused on connecting the members of the dance department.

“So often, African American people are so wrapped up in the mess that we experience in our everyday lives that we forget that we still need to take care of ourselves and the only way we can fight a fight is if we’re well,” she said.

In the future, Anderson said she wants to see more departments have conversations like the Black Advocacy Team had with theirs.

To her, progress in diversity and inclusion can’t be made without input from students of color.

As Black History Month comes to a close, Dance at Illinois professor Endalyn Taylor said that although the country had a huge racial reckoning this past year, she hopes that education and hard conversations don’t end now.

“Once things start to die down, keeping our foot on the gas pedals so that it is just a byproduct of humanity that we’re always thinking about,” Taylor said.

Taylor said that despite many of the opportunities for growth that happened within Black History Month and the Black Lives Matter movement, the focus on racial equality doesn’t end for people of color after a month.

“It’s not something that we turn off and turn on,” she said. “Even though the light may dim on it at other times for other people who have that privilege, it is a constant thing.”