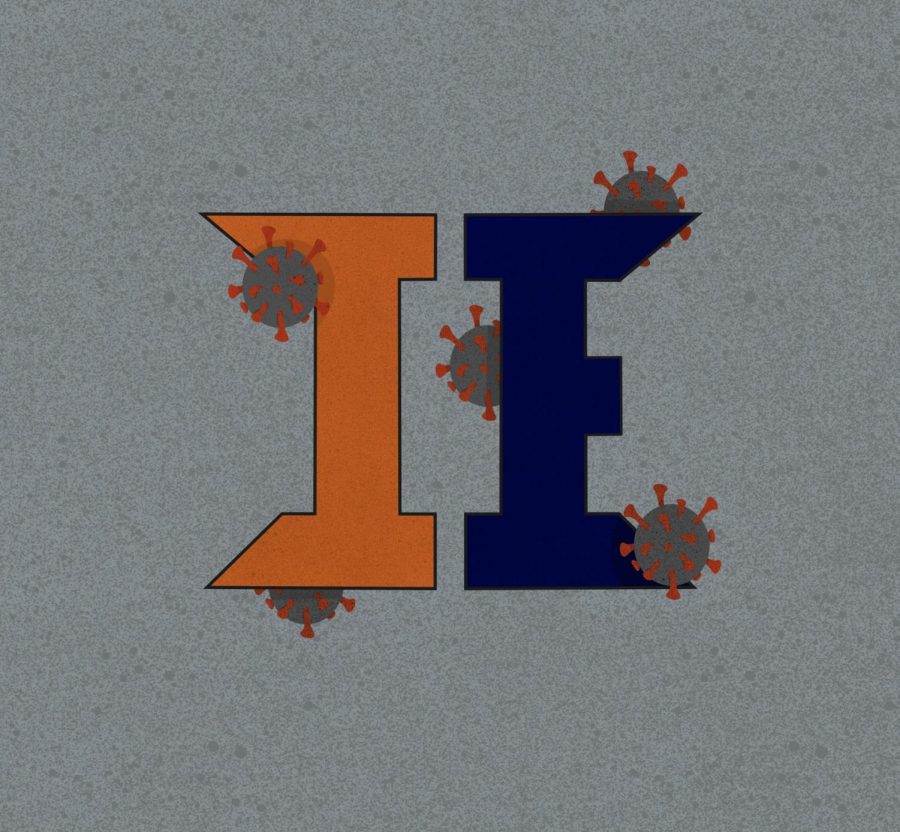 With every eye glued to a computer screen at the Innovation Studio, the match began. The clacking of keyboards and the whirring of processor fans were drowned out by the cheering of students, as the Illini League of Legends team dominated Purdue University’s team.

Illini Esports started on campus as a group of students united by their passion for gaming. This enthusiasm led to the organization growing into multiple competitive Esports teams in games such as League of Legends, Call of Duty, Super Smash Bros. Melee and more.

Each of these games has its own collegiate league that Illini Esports participates in, where they compete against other college’s competitive teams. The amount of work each player puts into these games is comparable to athletes from more traditional sports, with many players putting in more than 40 hours a week of practice.

League of Legends coach Dawid Bycul explained that some players even play for amateur teams on top of their commitment to the Illini Esports team.

“Players are expected to scrim four to six hours a day,” Bycul explains. “That’s, what, 30 hours a week, right? Then they’re also playing for collegiate which is also taking up 15 hours a week.”

This hard work is reflected in their performances, with Illini Esports winning the 2019 Big Ten Network Championship and a top-four finish in the 2019 League of Legends College Championship.

However, not even Illini Esports can escape the effects of the COVID-19 pandemic. The pandemic led to the cancellation of college Esports tournaments in 2020 and continues to impact the livelihoods of the players.

Lis Chapa, Director of Operations for Illini Esports, explained, “Unfortunately, our lab space where we do have practices and they do their official matches normally can hold around 25 people, but because of restrictions we’re down to five.”

Without access to the more stable internet at the Innovation Studio, as well as its top-of-the-line computers, players are more susceptible to dropped internet connections and hardware issues. Practices are less efficient because of lag, hardware setup, and losing connection to the game. Worse still, a player that loses internet connection during a competitive game can seriously hurt the team’s ability to win.

Bycul elaborated on how it has thrown off the schedules of the players.

“My players stay up late. I have tournaments at noon that we almost missed because a player is asleep,” Bycul continued. “We have definitely dropped games this season because we’re mentally not there. Someone’s hungry because they forgot to eat before, someone’s tired because they’re not used to waking up at 11 a.m.”

Trying to develop habits that stick has become a larger issue for the Esports’ teams since the pandemic started. Now that players are not in the same location and because they can be more flexible with when events are, practices are scheduled for when all players are available.

That does not mean it is always the best time for them. If a player is waking up at 3 p.m. each day because their schedule allows them to, having a practice or game at 3 p.m. might be doable for them, but they will not be in a good state of mind.

While these are some difficulties Illini Esports has encountered, there has been some good news to look forward to. The transition to a more internet-reliant society has led to a spike in viewership for their games on Twitch and Discord.

A.J. Taylor, president of Illini Esports, said, “We saw that there was a huge spike when COVID first hit and the lockdown was happening.”

Zade Lobo, VR Club Vice President and Illini Esports VR Competitive Coordinator, explained that all competitive players are in the Illini Esports Discord and that it gives fans the unique experience of being able to interact with them.

“You can just reach out to them and say ‘Hey, I want to work on this tactic, how do I do that?’ and they can give you advice and a lot of them are very friendly,” Lobo said.