UI seeks to gain support for kingfisher with merchandise 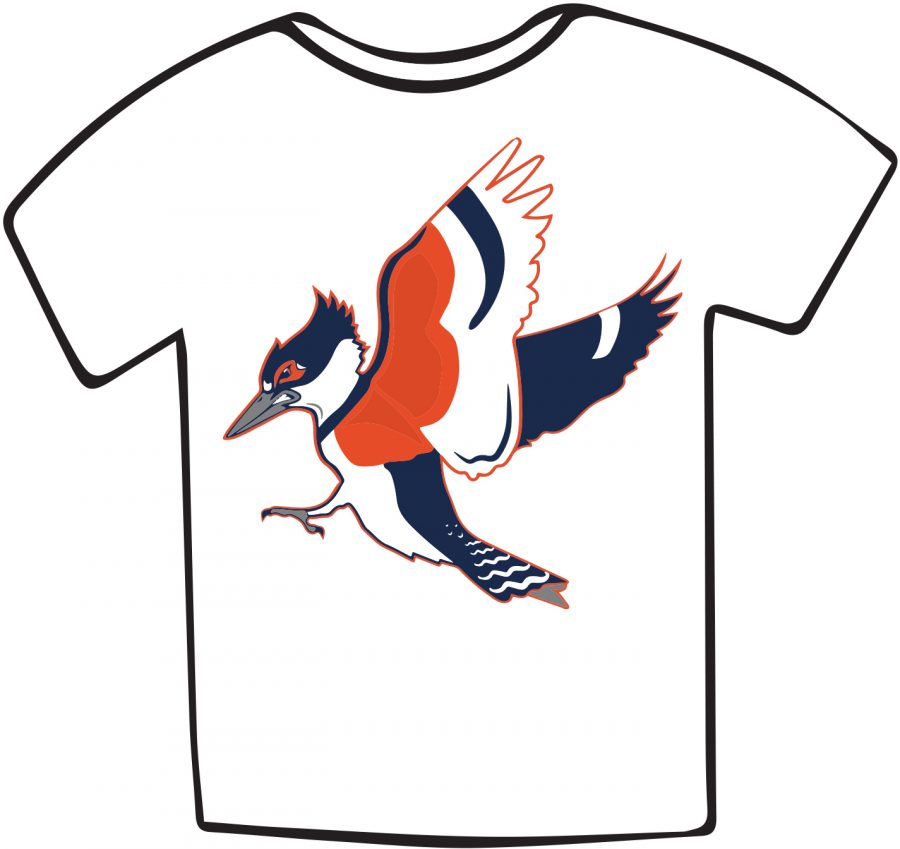 Student government is campaigning for the University’s potential new mascot, the kingfisher, by creating and distributing merchandise.

The University Senate endorsed the mascot back in September, and students and fans have been waiting to find out when and if it will become the University’s new official mascot.

Dana Yun, junior in Engineering and the chair of the student government task force handling the kingfisher campaign, said that the task force has been working with University administration for some time to acknowledge the bird as the University’s new mascot.

“We’re seeing what the next steps are, and we want to make sure that we’re getting it right but this is something that is very promising,” Yun said.

This task force has not only created sustainable merchandise to socialize the potential mascot, but they’ve also brought out a 6’5” cardboard cutout of the belted kingfisher to the quad as a way to gain more support. Yun also spoke about the plans for next year and how excited she is for the next step in maintaining the mascot.

Even after the senate voted 105-2 to adopt the kingfisher in 2020, opinions on the belted kingfisher differ.

Dominique Styles, former student at the University, holds some doubts about the potential mascot.

“How do you incorporate the Fighting Illini into the kingfisher?” Styles asked. “But on the other hand, how is the University going to identify itself as the ‘Illini,’ but do nothing to give back to the indigenous people that that name has connections to?”

Some students and alumni refuse to give up the Chief as the official mascot, even after it was banned. However, Yun said the Chief is gone for good.

“It’s not coming back,” Yun said. “I understand that people hold that nostalgia, but it’s not an argument of the Chief, it’s an argument of ‘Is it the belted kingfisher? Or is it the Block I?’”

Christopher Kim, junior in Engineering, thinks that people are holding on for the sake of not backing down.

“I think in general, the acceptance is going to be a gradual shift,” Kim said.

Despite the differing opinions, one thing students can agree on is that the University needs a mascot.

“In general, mascots bring school spirit and foster a community better than any spirit initiative does,” Yun said. “We’ve been deprived for 15 years — now it’s time for us to have our own symbol now and move our University forward.”

Kim also touched on the need for a mascot to bring the school together.

“There is a visible lack of spirit nowadays,” Kim said. “It’s better to have a mascot than to not have anything. It’s not going to fix anything, but it’s more about building the Illinois brand.”

Because resolutions from the senate are advisory only, nothing is set in stone, but the possibility of a new mascot seems to be on the horizon. If University administration approves the resolution, the years of no mascot may be over.