The Canopy Club concerts return after over a year 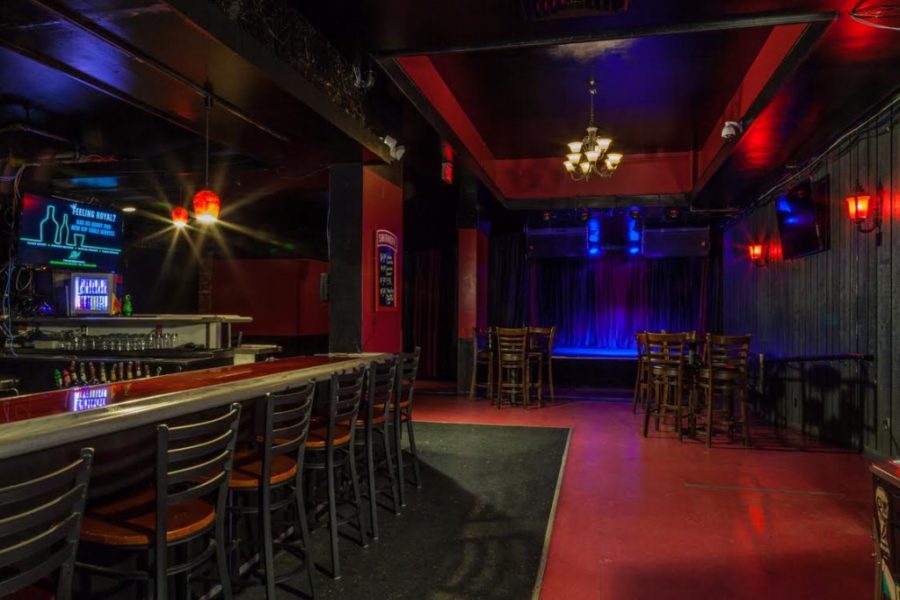 Photo Courtesy of The Canopy Club

The Canopy Club has served as a regular spot for live music, good food, and what many residents of C-U agree have been the most entertaining nights over the past two decades. However, since the COVID-19 pandemic, just like many other businesses, The Canopy Club also decided to move their popular open mic night to an online setting.

Now, after running in a fully online capacity, proving to be a jumping point for a lot of up-and-coming artists for the course of the last year, The Canopy Club is now set to reopen to the public — bringing the open mics back to an in-person capacity.

Ian Goldberg, head of booking and programming at The Canopy Club, said that even though in-person open mics will be returning, they discussed having the virtual open mic continue to be a part of the programming — although it remains to be seen how exactly they will fit it in.

“It certainly has been cool having people be able to participate from all over,” Goldberg said. “So we will look for ways to still be able to make that happen.”

Goldberg also said the element of participation by people from remote locations that was only possible with the virtual open mic added such a unique element that they’re hoping to integrate it into the in-person experience.

Anika Emily, artist and singer from the C-U area, who had been doing open mics at The Canopy Club and other places for a few years, has also started hosting a few open mic events at NOLA’s Rock Bar and The Canopy Club. Although Emily and Jake Fava, another popular local musician, hosted a few of both virtual and in-person open mics, she said that the attendance was too low for the virtual open mics to continue it on a regular basis even though she enjoyed seeing people from far places participate.

Emily also explained further how over the course of the last year how much her craft and the direction she thought she was headed had changed.

“I definitely didn’t intend to become the NOLA’s/Canopy Club open mic host,” she said. “Jake and I have both been super regulars at the open mics for the past few years, and it really kicked off both of our music careers in C-U.”

Having had a lot of leadership positions in high school, Emily said she wasn’t shocked when Mike Ingram asked them to take over as he pursued his political career.

“Jake and I have been guest hosting for the past year or two, but they were definitely big shoes to fill as Mike always made the open mic atmosphere a super welcoming and safe space,” she said.

However, from an artist’s perspective, she said that her music, performances, sets, songs, and the way she sang have all done a 180 since last year. Pre-COVID, she had just released her first single with Perimeter Road, “Finish Line,” and was still playing out at small venues as a solo artist with just my guitar and voice.

“I hadn’t really narrowed down my repertoire of original songs, so I was a bit all over the place with my sets,” she said.

But after the pandemic hit, she got the opportunity to record her first extended play, “Vacation,” with Perimeter Road, which will be out sometime near the end of the year. Secondly, she started playing shows backed by a full band (Jake Fava and Booth Blues), who had also helped her record her EP — which has allowed her to play at bigger venues and shows, changing her audience, reach, style and direction.

“I actually had a very long hiatus from music but recently got back into it,” Radley said. “I’m not sure my songwriting has changed that much, but I have a different direction that I want my sound to go in.”

Radley went on to explain how having an entire year off to the capacity that it had been allowed her to explore different genres and kinds of music, which changed her approach to producing and writing songs.

With things returning to normal after a year of confusing, different, and hard developments for everyone, moving normal day-to-day activities to a virtual setting has proven to be eye-opening and a connecting experience for everyone.

I definitely think going back to in-person is a good thing overall, I think there are definitely negatives and positives but I think overall it’s much more positive. The main negative is that we can’t have people come in from far away / tune in (although we’re still streaming so at least that’s okay).

“The main thing that has changed in terms of my outlook on being an artist in today’s world is that now I just want to focus on having fun with my fellow musicians and promoting a peaceful, supportive, inclusive atmosphere,” Emily said. “I think being online for so long made me realize that everyone is really just out here doing their best and trying to achieve the same goals.”