Papa Del’s prepares for move off campus to Neil Street 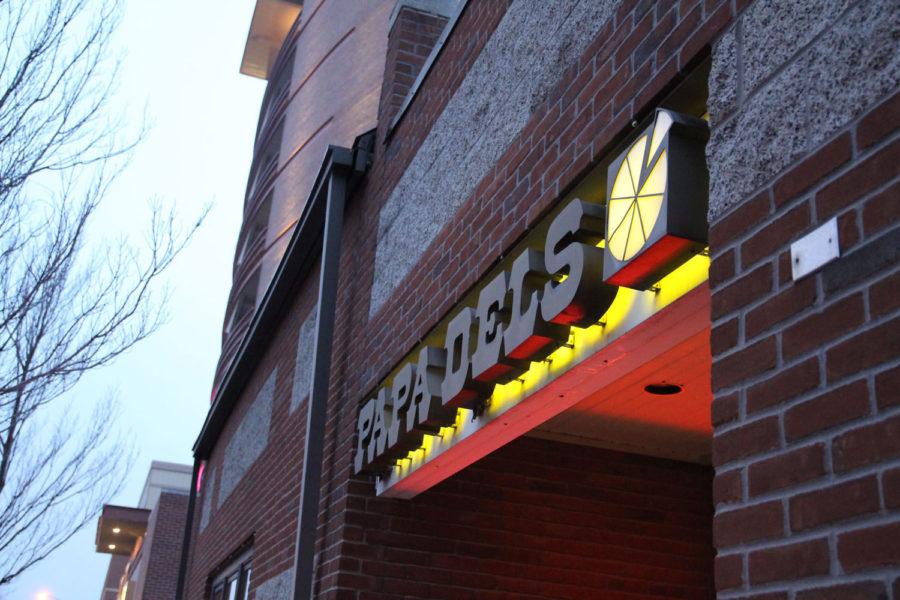 Papa Del’s Pizza will soon close its Campustown location at 206 E. Green St. and its second location at 2510 Village Green Place in Champaign, in favor of a relocation on Neil Street at the former home of Orange & Brew Saloon & Grille at 1201 S. Neil St.

It’s been nearly a decade since Robert Monti, owner of Papa Del’s Pizza, began looking for a new location.

And now, Monti has finally found his pizzeria’s new home.

A trademark of campus since 1970, Papa Del’s Pizza will soon close its Green Street location and its second location at the Crossing and reopen at 1201 S. Neil St., the former location of Orange & Brew Saloon & Grille.

“I can’t last forever,” Monti said. “I’m going to be 69, and having two places in Champaign, we are doing more business, but we are a bit strained because we are a family business. I didn’t want to leave my daughter having to run two places, so we just decided to make one gigantic, big one.”

While a specific date has not been finalized for the move, according to Andrea Seten, general manager of Papa Del’s and 1999 University alumna, management hopes to be able to make the move in the summer or fall. The restaurant must leave the Green Street location by October, according to its employees.

Seten said that the move will require time between the closing and opening of the new location because the pizza ovens will need to be dismantled and put together by special technicians from Chicago. She estimated that the time will be at least a week but possibly longer.

“We’ve been in that location since 1975, and campus has obviously changed immensely in that time,” Seten said. “The building was basically falling down around us so our options were kind of slim as to what we could do. We felt that moving and rehabbing a building that was much newer would be a better bet than trying to do something with Green Street where we could go nowhere but up.”

Both Seten and Monti expressed that the new location on Neil Street will provide a great deal of amenities that neither current location can fit underneath one roof, including more parking, more seating, a diverse menu, larger bar and more opportunity to entertain customers as they wait for food.

The new building, which Monti said he began looking at in 2006, will not only allow the restaurant to consolidate everything in one location, but it will also permit both customers and employees to avoid chaotic traffic on campus during times like move in and gamedays.

“Green Street used to be four lanes, and now they cut it down to two with a turn lane,” he said. “Traffic just gets backed up during events and during move-in. You’re almost stuck here.”

Seten said that while many are viewing the move to Neil Street as Papa Del’s departure from campus, the new location is closer to the Ikenberry Commons, Memorial Stadium and State Farm Center.

Additionally, both Seten and Monti said that because transportation is more widely available to students, management doesn’t fear losing their business.

“I really don’t think it’s like how it used to be back when every student hoofed it or rode a bike. I think people will still travel,” Seten said.

But as Green Street continues to develop mostly in an upward manner, Monti and Seten said the development is from residential proprietors and felt that with a building struggling to stand, it was time to move on.

“There was never any room for us to expand on Green Street,” Seten said. “We need to expand our business and there’s no room to go. So it just seemed like a win-win situation, where we couldn’t really do anything besides tear down our building and go up because we are landlocked.”