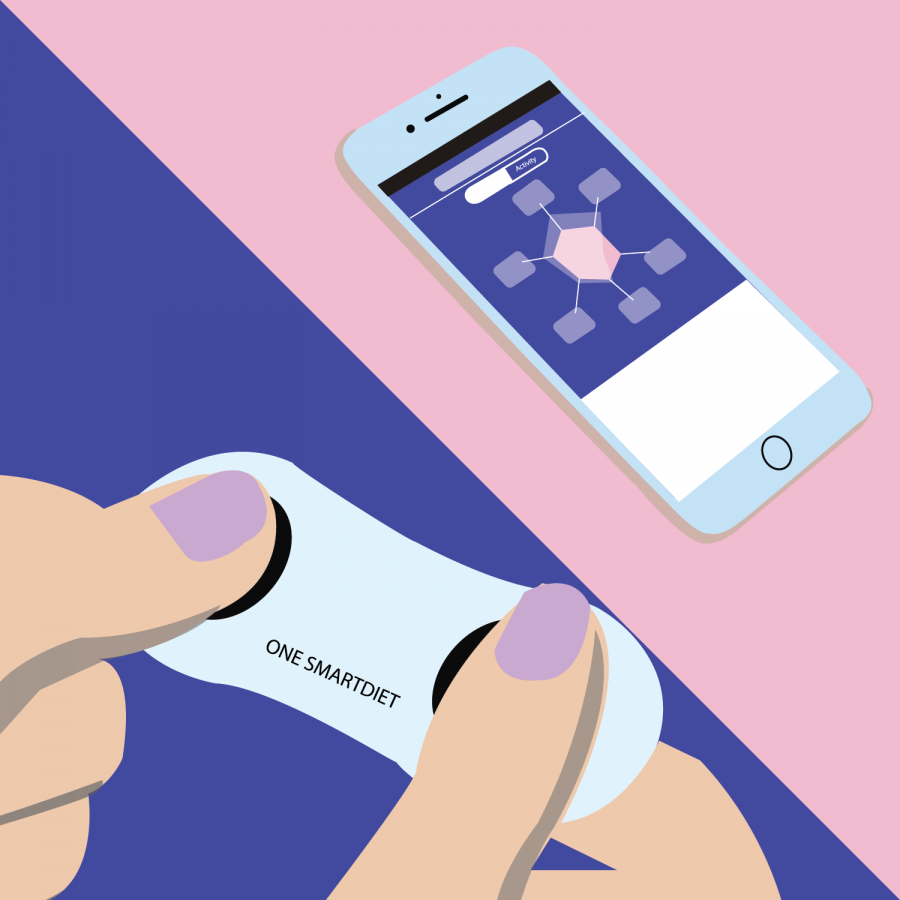 Chang Huan “Douglas” Lee, senior in Business, was diagnosed with pre-diabetes at 16. As a junior in college, he came up with the idea of a portable device that helps individuals monitor their health.

Lee founded One Smart Diet in Silicon Valley. The company, currently based in San Jose, has 20 employees. Lee says they have raised up to $1 million, and the company is currently valued at $5 million.

“A little device sends electrical currents through your body,” he said. “(The) human body is full of body water. Whenever the currents meets your fat, skin and muscle cells, it creates a friction called impulse.”

That measurement allows the device to measure lean body mass. This information is then put into an algorithm, and then they send this data to clinics that provide remote counseling.

The initial target audience was fitness people, but the device is now available in hospitals and clinics.

With one device, Lee said, they are collecting more than eight types of data, hoping to eventually partner with a data service. Lee said if they can gather enough data, it would be valuable to an insurance company.

Lee believes the fitness market is booming because of increased life expectancy. However, he said older people do not have adequate care. He says OSD is focused on prevention: the data it provides can help predict and prevent ailments.

He said starting his own company has been an invaluable experience, giving him a competitive edge over classmates. From his business, he understands the value of hands-on learning.

“A lot of people, when I ask them what they want to do in the future they usually refer to their degrees,” he said. “But your degree is something you choose after high school. There are so many job positions out there that you just never experience.”

In the beginning, Lee networked with other startups at the University, learned how to pitch and sought advice from professors. He also drew from consulting experiences with a global firm he helped found and Illinois Business Consulting.

With only $500, he and his mentor, YooSeong Song, went to Silicon Valley. They were rejected 48 times before landing a successful pitch. He added that while his pride took a hit, he also learned a lot through all the pitches. By the last pitch, he said his proposal was extremely condensed and direct. The investor took a chance on the company not because of the novelty of Lee’s idea but because of Lee’s passion.

Lee credits much of his success to his professors and mentors.

Song, an informatics professor and consulting expert, has been instrumental in Lee’s entrepreneurial journey. Song met Lee on an experiential learning trip that the University selected students to attend, where Song offered advice to various startups, including Lee’s.

Song pinpointed Lee’s problem was not the business itself but the proposal. Song was impressed by how well-researched Lee was on his product and this niche of the market, calling him a “go-getter.”

Looking to the future, Song said the company needs clear and definite milestones.

“One Smart Diet was one of the participating startups, and since then I’ve seen (Lee) working very hard to achieve his goals as well as making progress on OSD’s development,” Choi said.

OSD applied to the competitive Plug and Play’s Health Vertical Program and won one of the coveted spots. Over 800 startups apply, and only the top 20 startups are selected.

Choi was impressed by OSD for their ability to approach the health market in an innovative, new way, calling them a “future game changer in the health tech industry.”

“These leads, tractions and revenue growth show that they are starting to create their own market and increase their customer acquisition, which shows their potential to succeed,” she said.