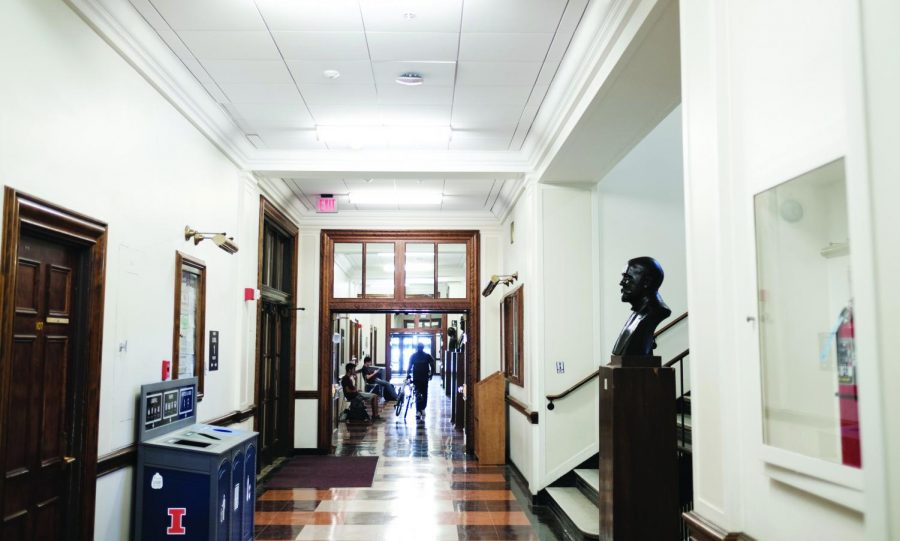 In a fast-paced, materialistic world, tangible results have become the expectation. Many feel that in order to survive, they must succumb to the pressures of society and show immediate evidence of their work. As high school students prepare to decide their major in college, they must consider what they want their career and future to look like.

Students are often encouraged to consider majors that people assume will ensure optimum success, more practical disciplines that will look good to employers. Majors in the humanities are constantly competing with those associated with STEM for recognition. One such major that has faced the brunt of society’s current critique is the history major.

Numerous articles and statistical data recently posted shows the slow but steady decline of history majors across the nation. A similar trend is consistent at the University. Even though the history department at the University is ranked in the top 30 nationally, the number of students enrolling in the major as a whole is on the decline.

That being said, those enrolled in the major speak highly of the program. Esther Armenta, sophomore in LAS, provided her insight into the current trends of the decline in the major.

“I believe there’s about 200-plus of us on this campus, which is considerably low, but not surprising,” Armenta said. “I think the decline is mainly due to students going into more STEM majors, which there’s nothing wrong with that, but many are going into the field for monetary interest.”

In addition to the lack of obvious and direct monetary benefits of the major, like most programs, the history major carries its own stereotypes. Michael Ruby, senior in LAS and Education, speaks to this.

“I think a lot of people look at history, and their first thought is, ‘Well, that’s boring,’” Ruby said. “I get why some people might think that way. Often times, the people and things we study as history majors have been dead or obsolete for years, so it does not surprise me that some students do not see the value in history.”

“I also think parents tend to encourage their children to pursue degrees that, on paper, seem to make more money after graduation,” Ruby said. “However, one of the great things about history is that you can do so much with it. You can go into law or teach or do politics. You can work for the government or become a professor or a reporter. You can become an expert on a certain topic or work at a museum or a library.”

Ruby said it is extremely important for today’s youth to value history and consider studying it at college.

“History teaches us important lessons beyond just the saying, ‘History repeats itself.’ It teaches us to critically think about our past and present society. It challenges us to listen to diverse perspectives, and it encourages us to reflect on who we are as people,” he said.

One thing Ruby said was potentially the most important lesson from being a history major is that it teaches students how to become engaged citizens at the local, national and global levels. It can advise people on how to advocate for change when it is needed and how to communicate society’s values and problems. Studying history allows students to remember the past and use that knowledge to think about the future.

Armenta agreed with Ruby’s points about the value of the history major.

“Many say that we should study (history) in order for it to not repeat itself; however, I wouldn’t agree with that statement,” Armenta said. “Instead, I do believe understanding and studying history can help understand and give insight (into) current political and social issues.”

Both students agree it is important to be open to new experiences and perspectives. What is important for them is to know how they want to apply what they have learned.

“I think a lot of people assume that you have to be a history buff to become a history major,” Ruby said. “That could not be further from the truth.” He explained history is not about memorizing long-forgotten facts that seem to lack relevance in today’s world.

“In fact, if we merely think of history as a set of material to memorize, we will forever be doomed to fail as a discipline because the world is always changing, and it is impossible to remember everything,” he said. “That is why we must learn not just what to remember but how to remember it,” he said.

The University provides a variety of opportunities to extend interests in the subject area. Ruby described the history department as a ‘home away from home’ with helpful professors and enthusiastic peer clubs, like Phi Alpha Theta.

Armenta said it’s important to take risks and try to see the bigger picture, and history can help you see more.

“You don’t have to major in history to study it. We are all participants in history, so make good use of it,” Armenta said.