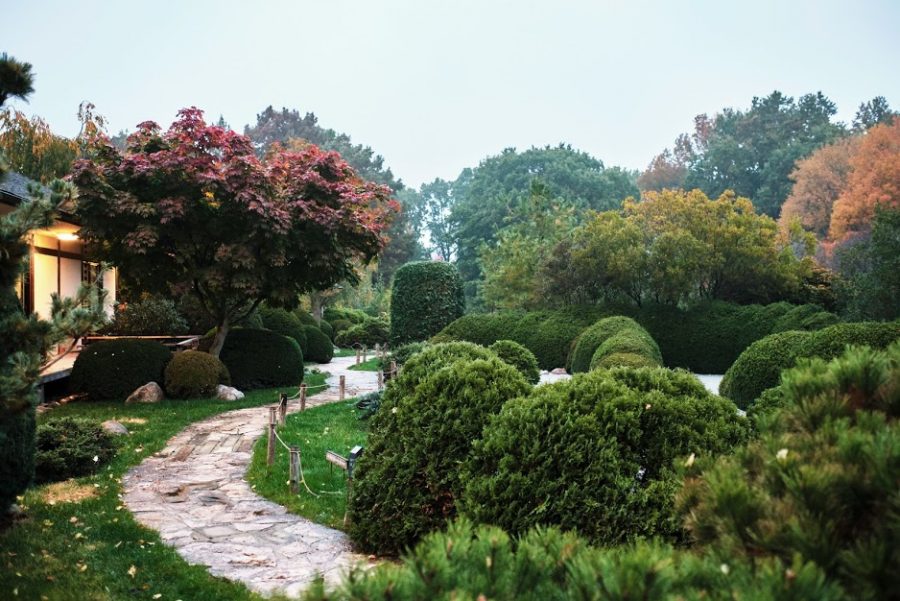 The word Ganbaru roughly translates as “to slog on tenaciously through tough times.”  With the global COVID-19 pandemic still affecting daily life across the world, the Ganbaru has a more significant meaning as it focuses on concepts of doing one’s best, seeing things through and perseverance.

While the Japan House’s Matsuri Festival has become a highly-anticipated event on campus that many look forward to, COVID-19 forced this year’s Matsuri to be canceled, and the Japan House has closed down until further notice.

Ganbaru: Day of Giving was an online event that took place on Saturday from 9 a.m. to 9 p.m. The festival featured a 12-hour online streaming event with various features that was kickstarted by the Goma Fire Ritual. The festival showcased artists such as Ho Etsu Taiko, Seiran Chiba, Michiyoshi Sato, Duo Yumeno and the crowd favorite all-female band 5. 6. 7. 8’s from last year’s Matsuri festival.

Diana Liao graduated in May from the College of Information Sciences. Liao started studying Japanese tea ceremonies during her sophomore year and got involved with the Japan House through University courses, public programming and volunteering.

“Two of the core principles of Chado (the Way of Tea) are harmony and respect – to gather so many people with disregard for public health and safety went against our mission,” Liao said in an email. “We spent a great deal of time debating if we should cancel the event but ultimately we did.”

The Matsuri Festival is looked at as a time of celebration and kicks off the school year. Liao said that they realized the climate had changed but still remained determined to spark joy and inspire hope for everyone. The Ganbaru festival was a direct result of these efforts.

Oishee Nandy, junior in LAS, attended last year’s Matsuri Festival. In an email, she said what she found most innovative about the Ganbaru festival was that everything was online. Michael’s Catering, a Matsuri Festival favorite, returned this year for the Ganbaru festival to make a special Ganbaru bento that could be delivered locally and featured their popular Matsuri yakitori (chicken skewers) and other delightful Japanese comfort foods like yakisoba pan and inarizushi.

“The way I see it, instead of me going to the Japan House, the whole experience was brought to me,” Nandy said. “I think the whole event that was live-streamed saved online so that anyone can view it later, which is great too!”

“Looking back, we were so young and inexperienced,” she said. “We had no idea Matsuri would grow so big! I remember the Facebook event said 900 interested but only 87 going so we thought it was going to be small and quiet, but on that day, a little over 3,000 people showed up! We ran out of food within the first couple of hours!”

Liao said that vendors were running back to their businesses to restock only to return to Japan House to sell out as soon as they brought items out. While many Japanese festivals and conventions are in Chicago or other major cities, they wanted to provide the opportunity for everyone to experience this culture at the University while supporting local businesses.

Matsuri is all about the connections that tie our humanity together – Matsuri and Japan House wouldn’t exist without the support and efforts of everyone. Ganbaru: Day of Giving is thus about continuing to connect with everyone through a virtual means and to keep persevering.

Liao said that communicating with artists for the event over the summer was quite a hassle, as there was a 14-hour time zone difference.

“As artists based in Japan, their situation is different than America’s,” Liao said. “However, they’ve been working to translate their work into an online setting.”

Seiran Chiba, one of the artists featured at the festival, created two calligraphy pieces from the beautiful natural scenery of Fukushima, Japan for the Ganbaru festival. Her calligraphy of the hiragana for Ganbaru is being sold on limited edition t-shirts. Michiyoshi Sato and the 5. 6. 7. 8’s recorded themselves playing for the event.

“Everyone, from staff to participating local business, to participating performers worked really hard for this event, showcasing that message of Ganbaru,” Liao said, “which is to persevere and never give up hope.”