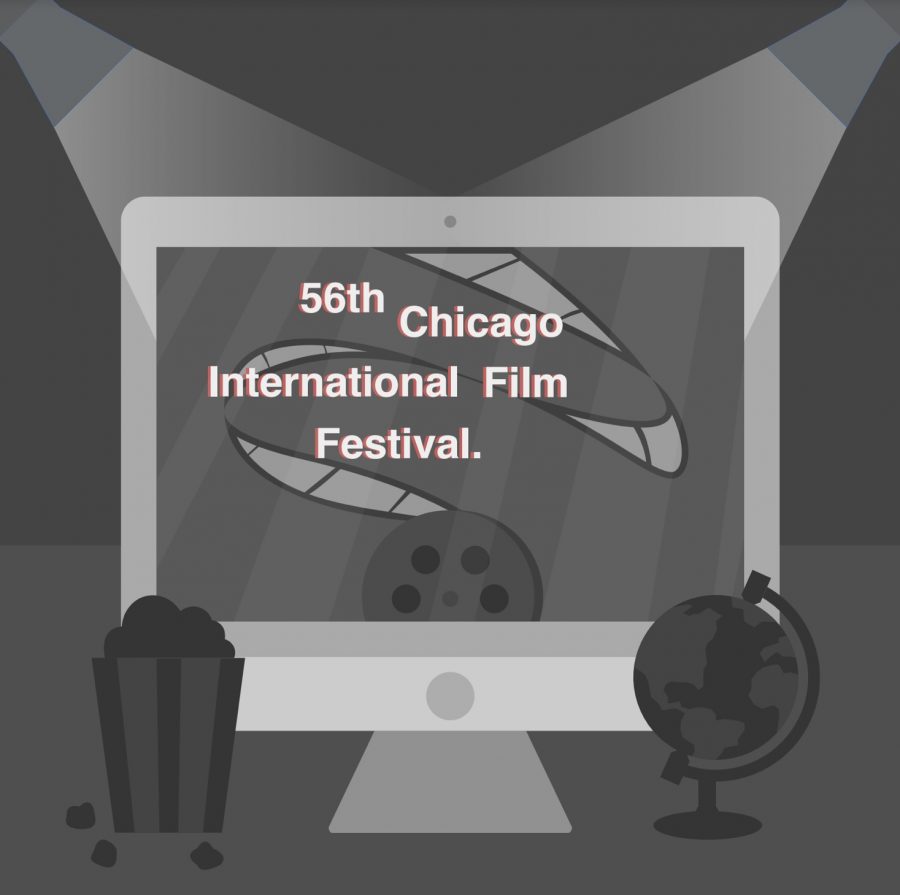 The Chicago International Film Festival celebrated its 56th year in a unique way by streaming all of its films online from Oct. 14-25. The festival, famous for being the longest competitive film festival in North America, included a variety of panel discussions, tribute events, screenings and special events.

Given the circumstances of the pandemic, the festival was made more accessible than ever before. By removing geo-blocking over certain areas, individuals from all over Illinois now could view the festival from their homes. Sam Flancher, programmer for the festival, attested to this. This was Flancher’s seventh festival, and his fifth curating the short film program.

“Certain films are available throughout the entire U.S., which means we’re able to reach audiences that typically don’t have any experience with the festival,” Flancher said. “I also feel like it’s (an) incentive for people to roll the dice by watching films that they wouldn’t typically be interested in — it’s easier to take a chance on some lesser-known film from the comfort of your own home because you haven’t had to invest all this energy and time getting yourself to the theater.”

Flancher said he hoped the online format of the festival broadened the scope of its audience, encouraging them to adventure into new film styles and genres.

Dora Valkanova, lecturer at the Department of Media and Cinema Studies at the University, has been involved with the festival in the past.

“I have attended the festival a couple of years in a row,” Valkanova said. “In 2018 I was there as a programmer for the Art Theater previewing screenings I could potentially book for the Art. It’s a great event connecting scholars, filmmakers, and industry professionals. I still remember the first film I ever saw there — it was Matthew Cherry’s “9 Rides”(2016) — a film he shot on his iPhone 6. He was there for an electric Q&A and I have continued to follow him.”

She illuminated how the hybrid model CIFF adopted this year may have lasting impacts in years to come. Some of the Q&As were open to the public, accessible through YouTube. Valkanova said this could go a long way in attracting new festival enthusiasts who may be interested in the subject, but unable to commit a full day to attend an event in person.

This format may have also lead CIFF to good marketing opportunities since the YouTube links are share-able on social media. This provided them with another way to introduce the festival to virtual communities.

Having this sort of accessibility created a lucrative opportunity for students at the University who may not have had the opportunity to go back to the city in time for an in-person festival. Schuyler Harris, a senior in FAA, agreed.

“I think this should pique (students) interest because it is easier to attend. Changing the format is good especially in these conditions of COVID,” Harris said.

Many would see the pandemic as having scarred the year 2020. Flancher expressed his experience as a programmer, navigating through the virtual film conversion.

“It was a difficult year in many respects, but I feel like the short film program is stronger than ever. We got more films submitted to us than ever before, which I think speaks to the resolute persistence of filmmakers all over the world — they want to get their stories out there,” Flancher said.

Valkanova spoke of her own experiences as a lecturer discussing film screenings in her class.

“Pre-COVID those screenings were in-person and in-class,”  Valkanova said. “I can tell students are eager to have that communal film-viewing experience where they can turn to their classmate after the credits have rolled and say, ‘That was awesome!’ or ‘That was weird, I’m never watching that movie again.’”

Both Flancher and Valkanova seemed to agree that they see the developments made to accommodate the pandemic creating lasting changes in the outreach approach of the festival.

“There are a lot of lessons to be learned from this year that we’ll be able to apply even if things go back to normal and we’re able to operate in-person as we usually have. Hopefully the new audiences we reach with the online Festival format will be more inclined to travel to Chicago since they now have a taste of the kinds of cinema that we’ve got on offer. Chicago is such a wonderful place to visit, we’re hoping we can encourage this year’s downstate and out-of-state viewers that attending the Festival is a great excuse for a trip to Chicago,” Flancher said.

Valkanova came to a similar conclusion. Given the added viewership perks, it is possible that a combination of viewers online and in-person would bring that festival outreach to a completely different level.

“We have had similar discussions with Jon Knipp also at Cinema and Media Studies who teaches the Film Festivals class in the spring after the UIUC Student Film Festival went virtual this past year. We had a lot of people from outside the campus community connect to the virtual event and we are thinking of ways of keeping a virtual component beyond the pandemic,” Valkanova said.

Flancher was optimistic about the possibilities the future holds.

“I think this year’s festival has taught me, though, that the power of film is enduring and will persist against all odds and adverse conditions. I think that, however the landscape shifts, there will always be a place for excellent films and filmmakers,” Flancher said.