Give voice to the arts: Matthew-Lee Erlbach 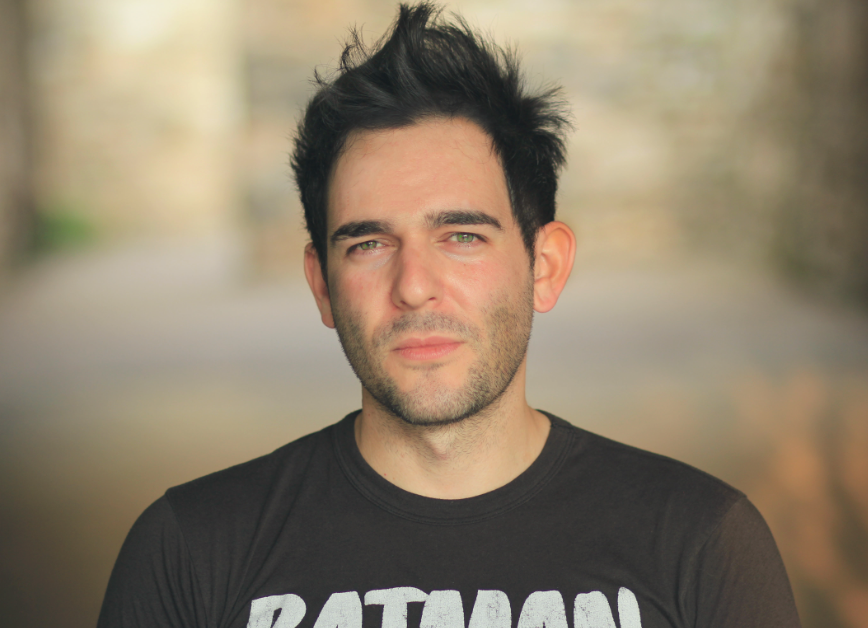 Matthew-Lee Erlbach graduated from the University’s College of Fine and Applied Arts and became a playwright, actor and director.

As a Chicago native, Erlbach studied opera as a voice major and theatre as an acting major with a focus in African American studies at Illinois. Erlbach journeyed to New York City right after graduation. He lived there for 13 years, initially booking acting gigs through his agent. This ranged from working Shakespeare regionally to TV work.

During time off, he found himself writing. Soon enough, he realized how much he preferred the autonomy, lack-of-heartbreak and newfound control over time that writing gave him, so he began his career as a writer.

“I started writing because I have a lot to say and I have a lot of questions and curiosity, so it became a natural place for me to put all of that,” Erlbach said.

Today, Erlbach still acts professionally and sings non-professionally. He says his upcoming, top-secret project will be about opera. Erlbach’s talent extends over a wide range of platforms as an actor, director and writer.

However, the change of times has inspired his newest ventures in lobbying work. He reflects on the higher stakes his activism requires of him, as he now finds himself pitching legislation and policy instead of projects.

The movement has grown powerful and gained the support of their co-sponsors, legislative support in the Senate and the House, high profile celebrities, Oscar, Tony, Emmy, Grammy and Pulitzer winners, arts leaders from many major institutions (such as the Met and Carnegie Hall) and more.

Erlbach further expressed their work as filling a much-needed void with “a consistent and amplified voice for the arts & culture sector and its workers.”

“I think what people are responding to is that there is a grassroots mobilization that is fresh, bold and audacious,” Erlbach said. “Saying, you know, what we do is labour. We are not extra-curricular and fun. We are that, but we are not just that.”

“We drive local economies, we are big business because we are local business. We are $265 billion more than all of transportation. We generate more revenue than agriculture and mining combined. So how is it that the arts & culture sector does not have a dedicated department in our government?” Erlbach said.

His language draws from a fraction of the impassioned letter he wrote to senators that spread like wildfire throughout his industry and on social media.

Erlbach’s advice to college students interested in arts & culture majors is that they also have to start to understand politics. Policies and legislation have direct effects on their business and without understanding these, business will simply cease to exist.

“We can not wait for anyone to do it. We have to do it ourselves,” Erlbach said.

Matthew Erlbach’s energetic, driven and inspired persona is best exemplified in his mantra that gets him through the day: “You don’t get what you don’t fight for.”

His charismatic and true nature were well-observed even when he was a student at the University. Professor Robert G. Anderson taught him acting as well as directed him in plays. He now described himself as being a reader of Erlbach’s plays, his friend and a huge fan.

“(Erlbach) is one of the most authentic people I know,” Anderson said. “What you see is what you get. Because of his self-effacing humor, you might miss that there is a powerful mind and deep well of emotional depth and heart when you first encounter him, but soon after knowing him, you will get it all. He has worked hard to be his best and most authentic self.”

“He is a leader in the theater, both for his brilliant artistry and his focused advocacy. He is the future,” Anderson said.

“Matthew has always been an artist that sees the interconnectedness of all things in life, and as such his work as an actor has always been deeply passionate, complex and emotionally vulnerable, always with humor and humanity at its center” Dixon said. “I cannot see him as other than he is: A person whom I am glad to share the earth with. I am glad I had a small part in helping him on his journey. I hope the world continues to recognize his artistry, his worth, his human-ness. He is one of the good ones.”