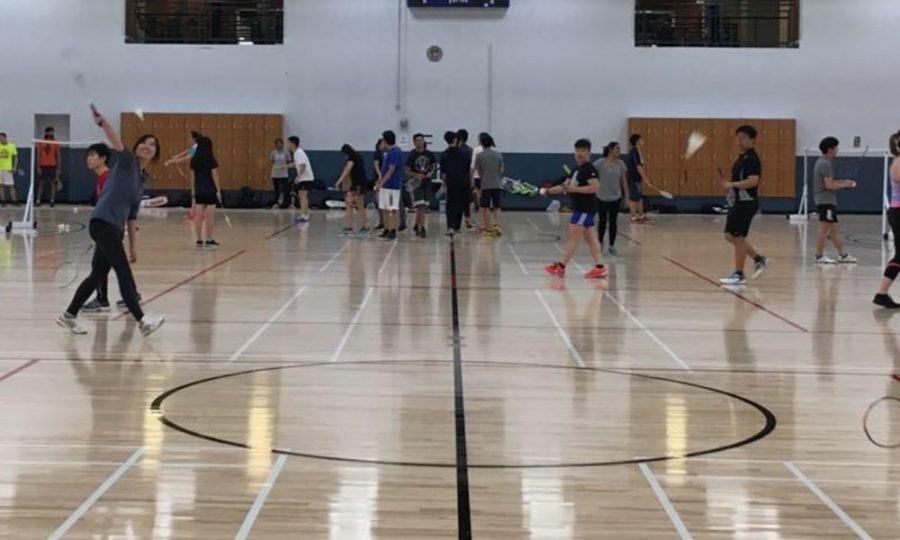 Photo Courtesy of Badminton For Fun

A girl plays badminton for fun on campus. The Illini Badminton Intercollegiate Sports Club celebrates its one year anniversary this year.

The Illini Badminton Intercollegiate Sports Club was founded at the University over a decade ago. While IBIS is the University’s competitive badminton club, the club is still considered recreational by its members.

They have members from various backgrounds and nationalities including USA, Hong Kong, Taiwan, Indonesia, Malaysia, Singapore, Philippines, China, Korea, Germany, Sweden, England, India and others – the club is open to students at the University as well as locals in the C-U area.

Allen Shen, sophomore in Engineering, joined the club during his freshmen year and is on the committee board with the title of treasurer.

“I manage all the finances for the club for the tournaments,” Shen said. “All the commissions for practice and all the money we make from the tournaments we host are all under my watch.”

Shen said the club makes most of its money through hosting tournaments. Although they couldn’t host one last year because of COVID-19, they will be hosting one sometime this semester.

Shen said anyone could sign up, and they usually didn’t have too many people coming in from other universities because badminton isn’t as big of a sport. However, they do still have quite a few locals, kids from high schools in the area and sometimes people from Chicago that come down to play.

“We are having our tryouts, next Monday, August 30th, 6-8 pm, Gym 3 at the ARC,” Shen said. “This year is going to be exciting because most people are back on campus.”

Corey Shen, senior in LAS, who is the vice president said that after tryouts and inducting new members into the club, practices are very flexible.

“We have practice three times a week, two hours each session, at least that’s how it is this semester,” Corey said.

He said for this semester, the practice times they had allocated were on Mondays, Wednesdays and Sundays, from 6 p.m. to 8 p.m. Anyone who was part of the club could come in whenever they wanted during those times and play for however long they wanted to.

“During those times, its members only in the courts that we reserved — which includes University students and some locals as well,” Corey said.

“Aside from practice and tournaments, we do go to other states and play in tournaments too,” Corey said.

Shen said that they had been to Purdue, Wisconsin and other places over the course of his time in the club.

Corey, who was at the Quad Day booth for the club, said he too was very excited for this year’s tryouts.

“Since we’re officially a competitive club —we don’t take in just about everyone,” Corey said. “But this year at the Quad Day, we managed to fill in about 10 pages of names — which is quite a lot. I don’t expect everyone who signed on to the mailing list to show up, but regardless we had quite a large crowd this time.”

Rohan Ramani, senior in Business, explained how the University gives the club and its members priority when booking courts for the week.

“It’s actually really helpful because it helps us have a planned practice schedule and also ensures that we don’t end up having no courts booked for a particular day,” Ramani said.

Ramani who joined the club in his freshman year only recently turned president of the club and will remain so until next May.

Ramani said that over the summer his friends who weren’t part of the club constantly complained to him about the unavailability of courts. Although badminton isn’t an incredibly popular sport in the U.S the courts at the University swiftly book out.

“One thing that does get to me is that since the University doesn’t have an official badminton team — we don’t receive much funding,” Ramani said.

Badminton being a club sport, leaves little room for extensive competitions. As a result, every tournament the club attends or hosts, they do so independently and not as a direct representative of the University.

IBIS also attended Yonex Eastern Conference Midwest Division — which was a team Championship comprised of around eight to nine matches for each team. The Championship was held in October 2019 and IBIS placed first, securing a large trophy.